Florence + Machine put on an explosive performance Oct. 30 for the first day of Voodoo Music and Arts Experience.

Where else would drunk moms sipping from Wu-Tang Clan chalices, people so thoroughly adorned in festival-wear one could not possibly tell whether they’re wearing it ironically and an alarmingly large number of people in inflatable dinosaur costumes be seen all together other than at Voodoo Music + Arts  Experience, the annual three-day music festival?

One of the many staples of New Orleans’ Halloweekend festivities, Voodoo Fest’s broad selection of music, food and frivolities appeal to a wide audience spanning from children to college kids to grandmas. 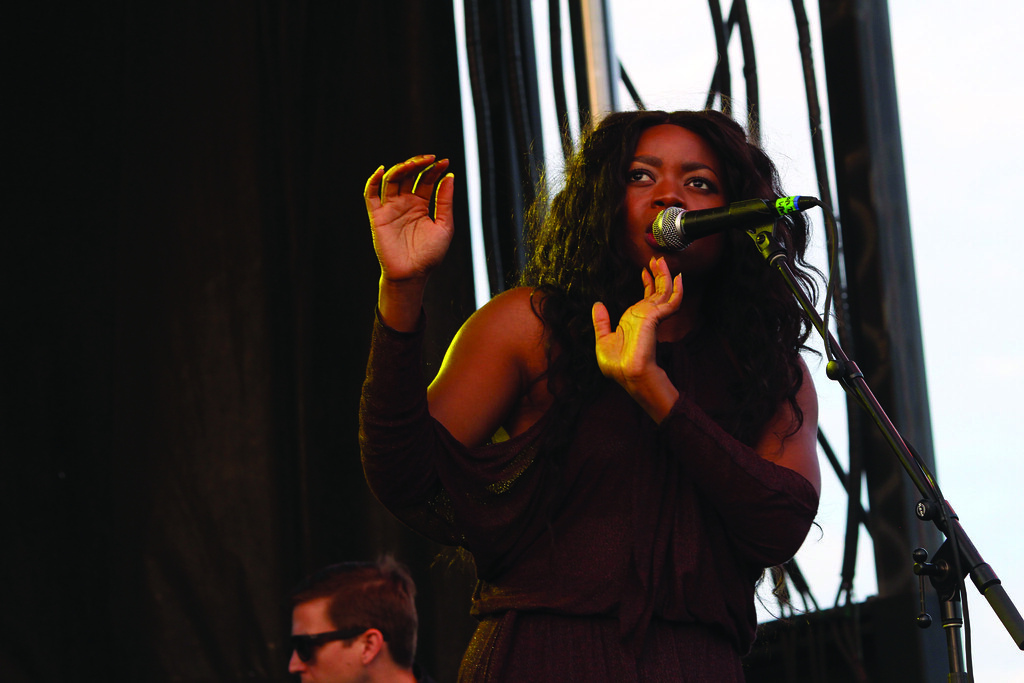 Friday’s lineup featured big names like Florence + the Machine, Modest Mouse and Metric, as well as local bands like Flow Tribe and Bantam Foxes. Bantam Foxes expressed its gratitude to be one of the few New Orleans-based bands to make the cut for Voodoo’s competitive lineup.

“Throughout the years, they’ve been putting less and less locals on the bill, which we totally understand why, but it also makes it much more flattering that they put us on the festival,” Jared Marcell, drummer and vocalist for Bantam Foxes, said.

Voodoo could not have come at a better time, as Bantam Foxes released a new EP, “Loser,” the very same day as the performance, following the band’s two-EP-a-year plan.

Fellow local band Flow Tribe took the stage on Friday as well. Flow Tribe, Voodoo veterans after playing at the festival several times prior, expressed its appreciation for this year’s weather (finally not rainy), time-slot (late afternoon) and, of course, the chance to share the stage with Ozzy Osbourne (jokingly describing themselves as “low-level Satanists”). 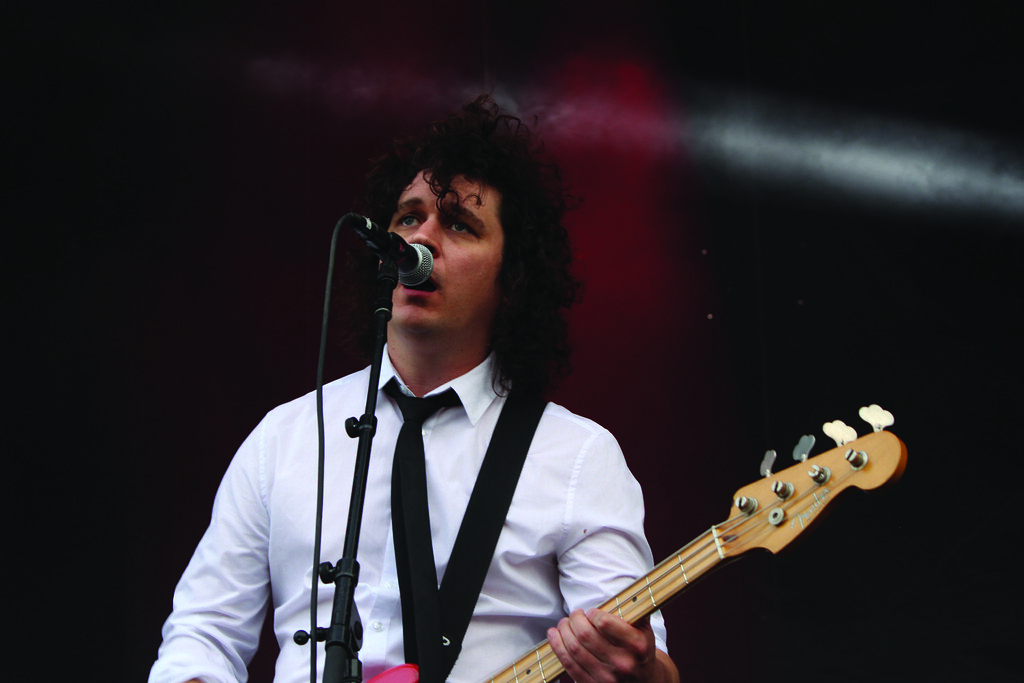 In between running to and from the Flambeau and Altar Stages and riding carnival rides, it was nearly impossible to find time to grab a bite to eat. But in the pursuit of grilled cheese, anything is possible, and food truck staple Frencheeze set up shop to lure in hungry festival goers. There was also a long row of food stands handing out samples and tempting the masses.

The highlight of the day, without a doubt, was the performance by Florence + the Machine. While Florence did not drift down from the sky wearing fluttering angel wings to the chorus of a thousand angels, she did provide a passionate, exuberant performance featuring flawless vocals and tasteful nudity. Who else besides Florence could whip her shirt off mid-concert, run through the crowd with reckless abandon, encouraging the audience to do the same, then bounce around the stage performing for the duration of the song afterwards? She opened like a closer, starting off slowly and building in intensity with “What The Water Gave Me,” and only became more energetic from there.

Three of the greatest things to love about New Orleans: the music, the food and the flagrant weirdness, are three of the aspects most prevalent at Voodoo. Friday at Voodoo Fest was well worth the muddy shoes and Uber struggles.

Day two of the Voodoo Music + Arts Festival kicked off ominously — the predicted rain was already starting when The Wans played their early set to a sparse crowd. But from their energetic performance and the way they battled the rain and humidity, one would have thought they were playing to a stadium.

“Guitars were going out of tune, but fuck it, that’s rock ‘n’ roll,” guitarist and vocalist Simon Kerr said. 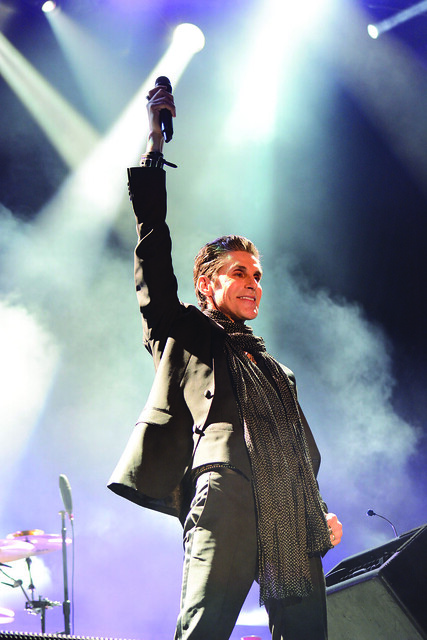 It’d be easier to compare the band’s straightforward, bluesy sound to mainstays like The Black Keys, but it really had more in common with heavier contemporaries like Monster Truck, combining gritty riffs with shout-along choruses in songs like “I Like to Party.”

Soon after, VERIDIA took to the Carnival stage to showcase its distinct brand of pop-metal. For a brief moment, the weather seemed to clear up, and some rays of sun shined on vocalist Deena Jakoub as she belted out hooks in songs like “Crazy in a Good Way” and “Misfits.”

While live guitars and drums were central to the band’s songs, they combined this with string and synth backing tracks. The band attributed this to their electronic influences, commenting on the presence of electronic music at Voodoo.

“We’re like half-electronic, if not more,” guitarist Brandon Brown said. “Half of our songs would probably fit in well on that stage. It’s such a good blend of styles, everything from Ozzy to Alesso, it’s just wild.”

Following VERIDIA were The Struts, a British band with a plethora of classic rock influences. Frontman Luke Spiller certainly evoked Freddie Mercury with his voice and onstage mannerisms. Songs like “Could Have Been Me” evidently have already made an impact in the U.S., as the crowd of teenage girls the band attracted seemed to know every word.

“We’ve been on the tour, on the road for the last like three months,” Spiller said. “The whole tour is sold out and the fans are absolutely amazing, so every night is a pleasure.”

After The Struts’ set, the downpour began, gradually turning the festival grounds into a muddy mess. The rain didn’t seem to scare fans away, but for the bands, continuous rain and humidity meant out-of-tune instruments and soaked electrical equipment. 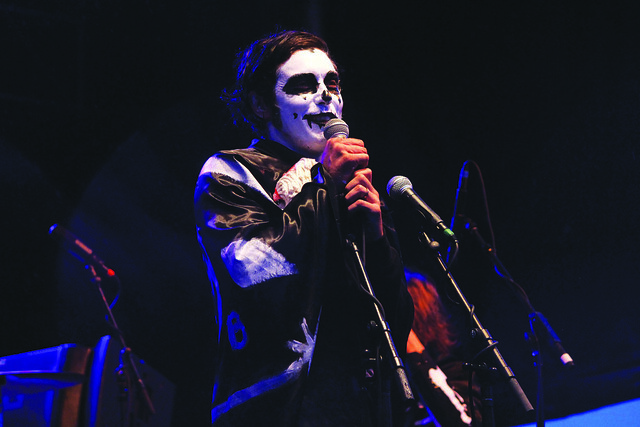 The Growlers photo by Alyssa Bialek

During The Growlers’ set, the PA system went off for several minutes. To adapt, some members performed an impromptu jam on percussion instruments while others leapt down from the stage and talked to the audience until the PA could be turned back on.

One somewhat overlooked band at the festival was Django Django, a four-piece group from London that, despite massive success in Europe, has yet to cultivate a following in the United States. Django Django performed its signature electronic-surf-rock to a background of eye-catching lights and psychedelic projections. 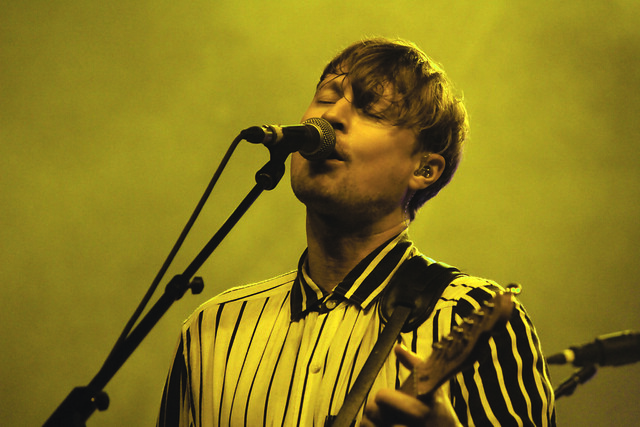 The festival concluded with Ozzy Osbourne’s highly-anticipated collaboration with Tom Morello, Slash and Geezer Butler. For those not in the know, Morello helped create Rage Against the Machine’s funk-metal sound, Slash was the original lead guitarist for Guns N’ Roses and Butler plays bass in Black Sabbath, the band in which he and Osbourne pioneered the heavy-metal genre. Ozzy’s and his band started off with Halloween-ready solo material like “Mr. Crowley,” before inviting Morello, Slash and Butler onstage for crushing renditions of Black Sabbath classics like “Iron Man”. Day two of the festival ended with Osbourne thanking the crowd for braving the rain. 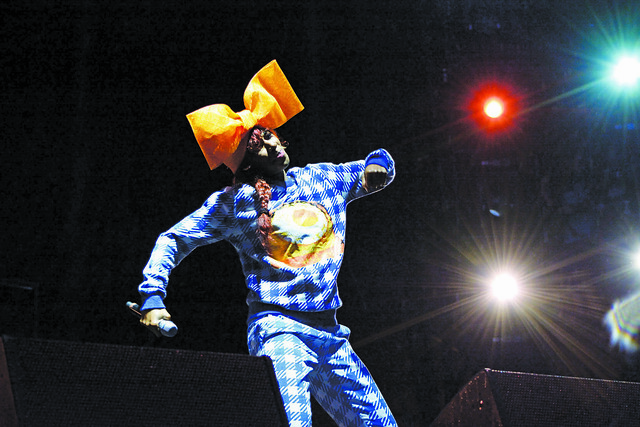 As the city of New Orleans woke up Sunday morning it was greeted by a familiar sight — a torrential downpour of biblical proportions.

Any other day, the flash flood might have been just another aspect of life on the Gulf Coast. That day, it crushed the dreams of musical enthusiasts everywhere, with the cancellation of the third day of the Voodoo Music + Arts Experience.

Day three had been a major draw for many concert attendees, featuring headliners like Chance the Rapper, Zac Brown Band, deadmau5 and Eric Prydz.

“Fan safety is the top priority for the producers of the festival and current conditions do not meet our standards for maintaining a safe experience,” a press release issued by the festival organizers said.

While Voodoo is generally a “rain or shine” event, meaning that refunds usually aren’t distributed in any case, the extenuating circumstances forced festival organizers to offer 1/3 refunds for three-day pass purchasers, and a full refund for those who had only purchased passes for the third day.

“I was really disappointed to hear that it was cancelled,” freshman Hayley Tyler said. “One of the main reasons I bought the three-day ticket early was to be able to go see the Sunday lineup.”