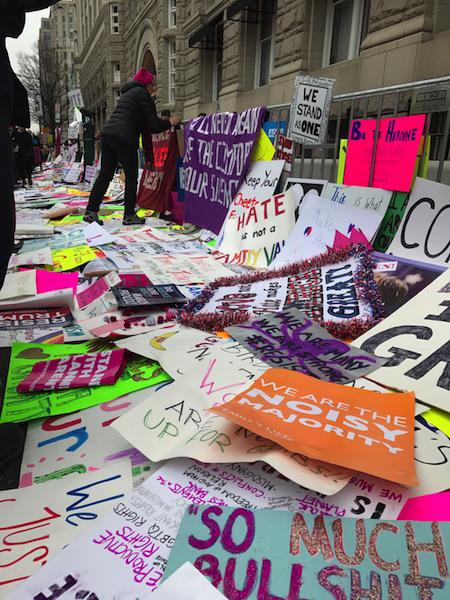 Chants erupted across Washington, D.C. as an estimated half a million people marched across the National Mall participating in the Women’s March on Washington Saturday. 56 Tulane community members joined the march fresh off a 20-hour bus ride.

“I couldn’t think of a more mature and enthusiastic collection of students, undergraduate, graduate, male and female alike, that I would rather have spent 40 hours on a bus with,” Nicole Carle, junior and president of Tulane’s Women in Politics, said.

Tulane WIP and Tulane Women in Technology sponsored and organized the Tulane trip. Center for Academic Excellence, Newcomb College Institute, Stone Center for Latin American Studies, the Department of Gender and Sexuality Studies, the Taylor Center and the Center for Public Service collaborated for the event.

“My general reactions were one of awe, just to be around so many people of such positive energy,” Carle said. “It was truly people there to learn about each other, to support one another and to be cognizant of the current political climate … It was incredibly overwhelming.”

While the march in D.C. drew the largest crowds, women’s marches occurred across the US and around the world. Members of the Tulane community marched in New Orleans from Washington Square Park to City Hall.

The marches, organized following President Donald Trump’s election, intended to show solidarity with parents and children for the protection of human rights, safety, health and families.

*Please check back for updated coverage of this event.