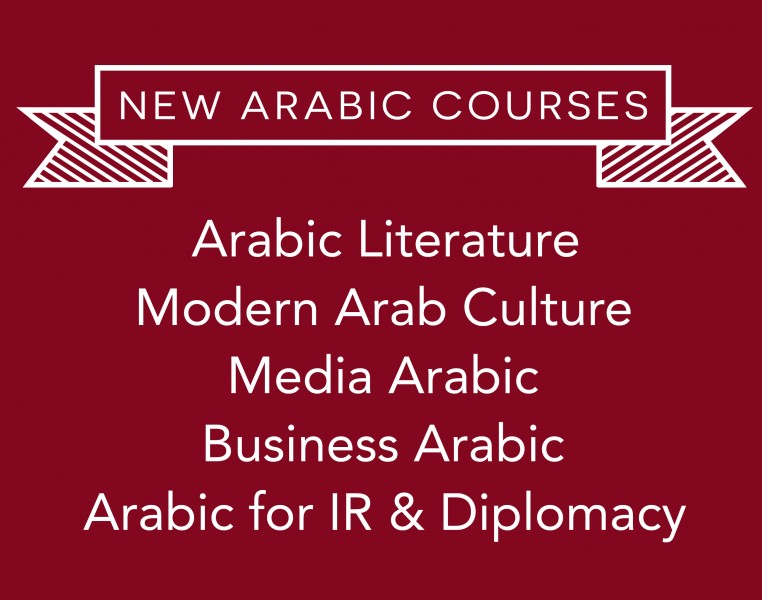 The program will provide students with both linguistic proficiency in Arabic and comprehensive knowledge about Arabic literature and culture.

Bouchaib Gadir, senior professor of practice and director of the Arabic program, said that the program’s goal is to give students the tools they need to be competitive applicants in both academic and professional fields.

“As the world begins to incorporate the Arabic world onto the global stage, demands will increase for individuals who have knowledge not only in the language but also its culture,” Gadir said.

Before the implementation of the Arabic minor, students studying the language and culture had little access to upper-level Arabic courses. The department occasionally offered classes such as Business Arabic, Arab Modern Culture or Arabic for International Relations and Diplomacy. Due to faculty shortage, however, many students who had completed the courses for basic proficiency would have to halt their studies until a professor could teach an upper-level course.

Associate Professor Michael Syrimis said requests from students got the program off the ground.

“For several years now, students have requested more upper-level courses in Arabic and preferably the creation of an Arabic minor,” Syrimis said. “They were disappointed to begin studying a language and culture that they loved and found useful, but at one point needed to interrupt their studies because we offered few, if any, upper-level courses.”

“… With the hire of a new full-time instructor in Arabic starting in the fall of 2017, we will be able to offer upper-division courses regularly, thus allowing students to continue their studies and complete the minor,” Syrimis said. “… A few students have already expressed interest or already signed up, and we expect many more.”

Falaky said the addition of the minor will not only serve as validation of the effort students are putting forward but will also speak to the importance of knowledge and communication between cultures.

“The minor will allow [students] and others to give an official character to their interest in Arab culture, politics and literature and their mastery of the Arabic language,” Falaky said. “At a time of political isolation and xenophobia, it is also important to give students career skills that will help them bridge the gaps between cultures.”