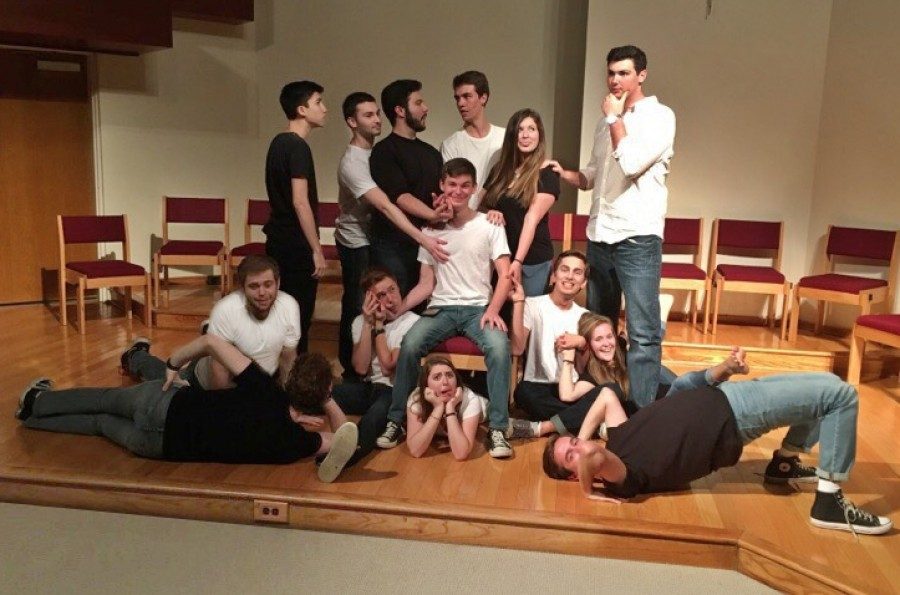 Penthouse Improv's next show will take place at 6:15 p.m. Feb. 17 in Rogers Memorial Chapel. The group is one of many comedy clubs that have popped up at Tulane in the past year, meeting the demand for comedic avenues available to students.

From the brand new Tulane Improv Club to the established Cat Mafia sketch comedy group, Tulane’s arts and entertainment scene is quickly growing to incorporate comedy. One group that is gaining popularity at Tulane is Penthouse Improv, which was established last spring.

In improvisational theater, often shortened to improv, the story and dialogue are created on the spot by performers as the scene develops. During a performance, the members of the group take on different roles and enact different scenes, sometimes calling on spectators to provide lines or ideas. The result is a series of fast-paced and borderline absurd scenes that both entertain and engage the audience.

“It’s enough audience participation that the audience can feel like they have a connection with the show,” Penthouse Improv Vice President Nicky Levy said. “It’s their show, [and] they’re never going to see another one like it again.”

Audience participation, however, is entirely optional. The goal is not to put spectators on the spot, but rather to provide an interactive and entertaining way for community members to de-stress at the end of a long week.

“… It’s a nice thing to get to … go to an improv show for an hour and just forget about stress and work and things like that and just laugh,” Penthouse Improv President Perry Feinstein said. “I feel like it benefits the community.”

Though the club is currently performance-based, Feinstein does not rule out the possibility of entering competitions once it has established a presence on campus. When Feinstein enrolled at Tulane as a member of the class of 2019, he was disappointed to learn that the university did not have an improv club. He took initiative during the Spring 2016 semester and established Penthouse Improv.

“The process of starting a club is a very unique and magical experience at Tulane University,” Feinstein said. “But you definitely need to be passionate about whatever it is that you’re trying to start because it does take a lot of work to get an organization started.”

The organization has grown quickly since its founding to include its 13 performing members that meet every Tuesday and Friday. Penthouse Improv provides an enjoyable outlet for self-expression and fosters valuable interpersonal and communication skills.

“I think improv is … a very transferable skill,” Levy said. “You’re never not going to want to be able to think on your feet and respond to situations … quickly.”

Penthouse Improv will hold auditions at the beginning of the Fall 2017 semester. In the meantime, the group will be putting on performances throughout this semester. Its next performance will take place at 6 p.m. on Friday, Feb. 17 in Rogers Memorial Chapel.