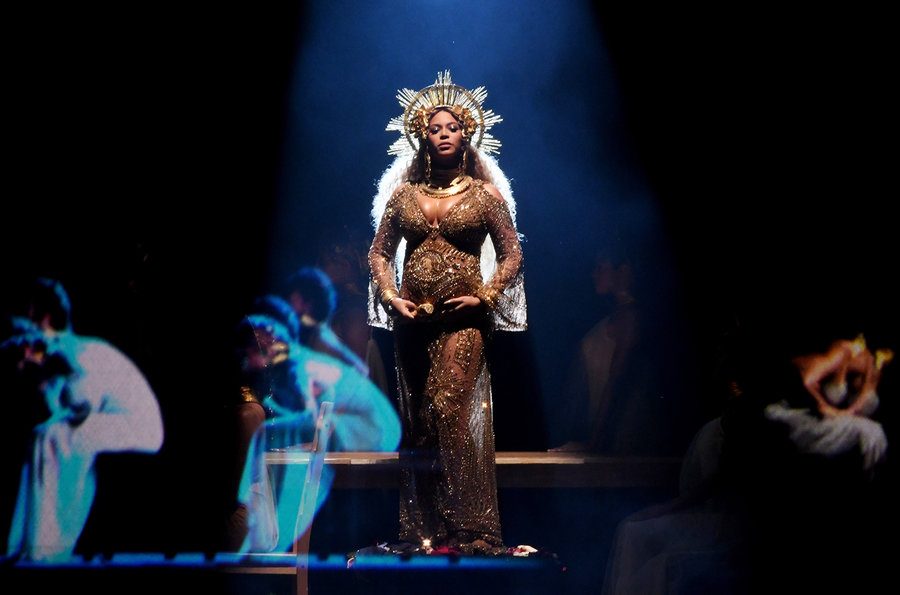 Beyoncé didn’t win Album of the Year, and I was heartbroken.

Women of color everywhere experienced her loss as the Recording Academy’s voting committee attempted to silence our voice in the industry, something even Adele could not ignore. Beyoncé’s nomination — and Adele’s victory — say a lot about the value of art as a whole.

It seems that no matter how much effort is put into a project by a person of color, its importance will never be acknowledged through traditional channels. This was seen last year when Taylor Swift’s “1989” beat Kendrick Lamar’s “To Pimp a Butterfly” and in 2013 when Mumford and Sons won over Frank Ocean. The last black woman to win in this category was Lauryn Hill in 1999. Beyoncé’s loss indicates deeper problems within the music industry which can’t be ignored.

For black women, Beyoncé is one of the few mainstream artists we can claim as our own. Her impact on my own life is undeniable. I can tell you exactly where I was every time a Beyoncé album came out since 2003. I was sitting on my sister’s bed at five-years-old, listening to “Dangerously in Love.” My mom and I sang along to every song on “4” on the way to school. I woke up in the middle of the night to a phone call from my sister — “Beyonce” had just dropped.

When “Lemonade” came out, I felt something different. I expected excellence, and she gave me truth. Seeing the visual album the first time, tears fell from my eyes, and I wasn’t sure why. Watching it the second time, I saw the face of my mother, heard the voice of my sister, felt the sincerity, pain and love of my grandmother.  She embraced the pieces of me that had been so silenced in the media that I forgot that they existed, that they mattered. Themes of self-love, empowerment, black womanhood that have been ignored by popular music. Stories so important to my existence, but so neglected by those dominating the industry that I had been conditioned to forget their importance.

I played the album over and over again, and, each time, I saw something new. It is impossible to separate the songs from the visuals. She perfectly translates every emotion the listener would experience into something tangible, dramatic and genuine, something only a true artist can achieve. Beyoncé acknowledges the dark history that made New Orleans an icon, a history of slavery, subjugation and brutality, while highlighting the amazing art and music of its people. Beyoncé communicates the sacrifice that comes with black womanhood and is experienced by all women. She emphasizes the importance of a sisterhood, when our brothers, fathers, sons and our own bodies, are used as target practice. She creates a storyline that captures your eyes, ears and soul.

Beyoncé is provocative and loud, while maintaining an elegance that challenges stereotypes of the black experience. What is most important is that, through all of the pain and darkness that the album shares, Beyoncé still tells a story of victory and unity, of love and hope, that all can relate to. Though the reality is much more complicated — and the struggles of black women have not been rectified — for a moment, “Lemonade” provides closure. The simple act of representation through such a beautiful platform allows momentary healing for a community of black women. For those outside of this community, “Lemonade” is a window into the lives of those oft forgotten.

None of this mattered to the voting committee.

Sunday night, they told every woman of color that, no matter how much their work resonates with millions, the power of white privilege will always outweigh the impact of their artwork. The Grammys only superficially embraces representation and commercializes our creativity. We get awards like Best Urban Contemporary Album, which is merely coded language for “black” music, a consolation for a lack of acknowledgment. We are limited to categories of rap, a genre black people created to cope with the effects of institutional racism.

The Grammys profit off of our performances and attendance but refuse to honor our contributions to the industry. Perhaps it’s time for us to look beyond awards like the Grammys and begin to evaluate albums on how they make people feel, on their impact on the lives of listeners. It’s certain that an album with this much weight is far too timeless to only be the best album of 2016.

As the years go on, and the value of black lives continues to be questioned, I will still play “Lemonade” over and over, listening to Beyoncé say that she, too, is a black woman.