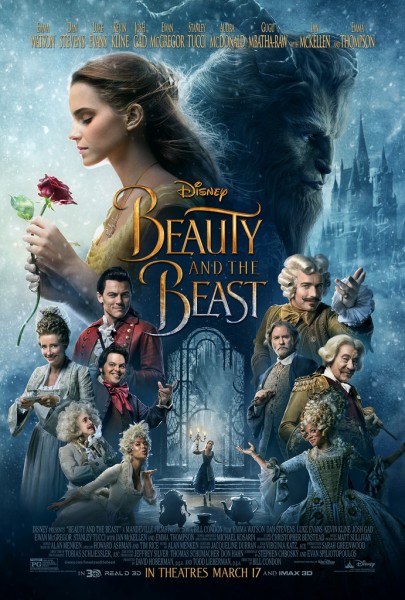 “Be Our Guest” Disney invites us to return to the magic of a “tale as old as time.” Through nostalgic costuming, cutting-edge special effects and inspired musical direction, “Beauty and the Beast” truly is a story that lasts a lifetime.

Stacking up to the original was a tall order for director Bill Condon, as it was the first animated movie to ever be nominated for the Best Picture Oscar in 1992, and only two movies have achieved the same feat. Headed to a record-breaking $170 million opening weekend, it’s safe to say fans were not disappointed.

The soundtrack is one for the books, as it heads on to a projected top five opening on the Billboard 200 album chart. Ariana Grande and John Legend dazzle with an updated version of the titular song, bringing contemporary R&B to Disney’s music.

Don’t worry, Céline Dion still remains part of the movie’s tradition through the original song “How Does a Moment Last Forever,” which adds to a classic and will have a solid spot in any music library. The Beast even gets his own tear-inducing ballad in “Evermore.”

Emma Watson stars as Belle and Dan Stevens as Beast, giving viewers a new experience but with just the right touch of the past. Characters like Beast receive more backstory and we get the insight of other characters like the enchantress, Lumière, but perhaps most notably, Gaston’s right-hand man, Lefou.

Receiving a lot of media attention, Josh Gad’s Lefou hit the milestone of being the first openly LGBTQ+ character in a Disney film. Paying homage to the original’s executive director and lyricist Howard Ashman, who died from AIDS complications eight months before its release, the movie successfully and tastefully ties in this character. Ashman was one of the first openly gay men in the industry and wrote about the Beast’s curse as an allegory for what it was like to live HIV positive.

This representation partnered with Watson, a feminist icon, keeps the story relevant and timely more than 25 years later.

The visuals were perhaps one of the biggest updates of the film. Disney has come a long way with what they can do technically. Some may be skeptical about watching a talking clock and candelabra, but just having won the Visual Effects Oscar for “The Jungle Book,” the movie brings the best animation Disney could buy.

For some watchers, these glamorous updates may spoil what was once an elegant, refined classic and the story may seem too close to the original. If you have any childhood left, “Beauty and the Beast” will be a return home to what remains one of the best Disney movies of all time.