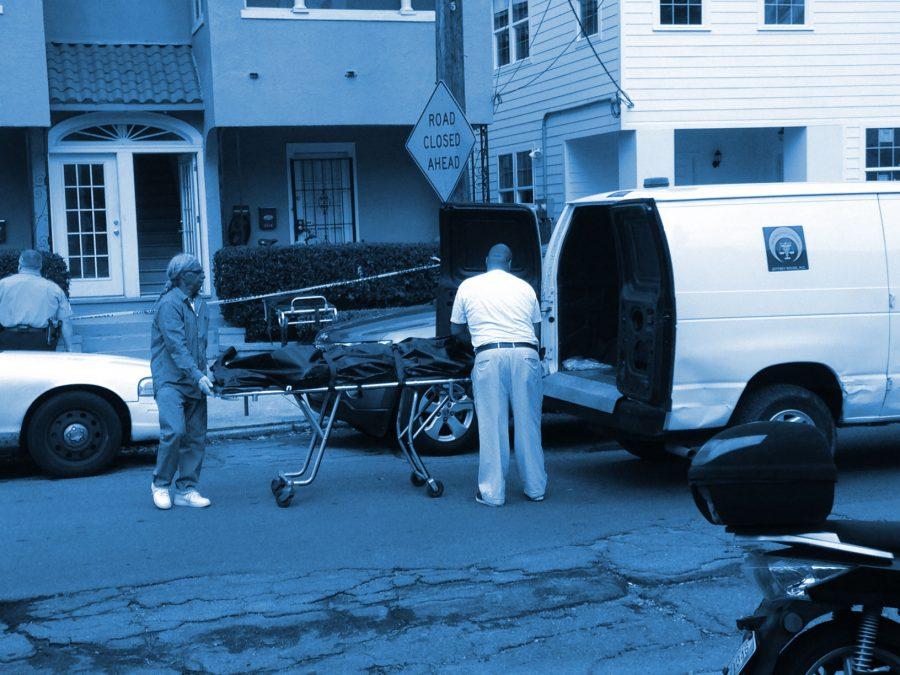 Mazloum shot and killed LaMont, his girlfriend, before killing himself, a New Orleans Police Department press release stated. Mazloum was originally from Barrington, Rhode Island, and LaMont was from Tinton Falls, New Jersey.

Counseling and Psychological Services set up a temporary office in the Law School to assist students grieving. Tulane Law School Dean David Meyer said he is proud of the support the law school community has demonstrated for one another in this difficult time.

“We are grieving together as a community,” Meyer said. “The loss has hit many in our community very hard, but I am heartened at how our students, staff and faculty have rallied to reach out and support one another.”

Murder-suicide is an extremely rare event. A Violence Prevention Center study published in 2012 states that there were an estimated 1,382 murder-suicides in the United States in 2011. Only about 5 percent of homicides are followed by a suicide Greeson said.

Lindsey Greeson, director of the Center for Wellness and Health Promotion, said the cause of murder-suicides is unclear, it often involves psychological factors.

“[What could drive someone to commit a murder-suicide] is extremely difficult to speculate on because the research evidence suggests that violence has many interacting causes and is exceedingly complex,” Greeson said.

Greeson said that mental illness is a major contributor to murder-suicides, but in most cases other factors are also involved.

“While most people who die by suicide and perpetrators of murder-suicide have underlying psychological distress, it is imperative to note that mental illness alone very rarely causes violence.”

The deaths of LaMont and Mazloum, however, bring the number of students who have died this academic year to eight. Four of these students died by suicide, including Mazloum.

Many students, faculty and staff are not aware of the signs or circumstances that may lead a student to develop thoughts of harming oneself or others.

“More than 90 percent of those who die by suicide suffer from psychological distress, substance abuse disorders or both,” Greeson said.

Warning signs exist for many issues college students face including suicide, sexual assault and partner violence, and the act of murdering one’s partner is the most extreme form of domestic violence. Greeson said recognizing warning signs in other students and reporting them to any of the student support services available makes a difference.

The American Academy of Experts in Traumatic Stress reports warning signs of domestic violence as bruises and other signs of impact on the skin, with the excuse of “accidents,” frequent and sudden absences, fear of one’s partner, references to the partner’s anger, decreased productivity and attentiveness and isolation from friends and family.

Greeson said warning signs of suicide include people talking about wanting to hurt themselves, changes in mood, diet or sleeping patterns and a noticeable increase in substance use.

Though the number of suicides this academic year has been unprecedented for Tulane, Greeson said, research shows that the number of reports of suicidal thoughts at Tulane is similar to other universities throughout the country.

Vice President for Student Affairs Dusty Porter said there are many resources on campus students can use if they are not sure what to do.

“As cliché as it sounds, if you are worried about someone, whether they are a victim, might be self-harming or might be in an abusive relationship, the best thing to do is let [Student Affairs] know,” Porter said. “Anybody can fill out a [concern report] form, and we monitor those heavily.”

In the wake of more student deaths, Porter said there are talks of holding another awareness event later in the semester. Undergraduate Student Government has also discussed creating a memorial space for the students who have died this academic year.

Porter said in the Undergraduate Student Government meeting Tuesday that a recently announced 24-hour mental health hotline, previously available in several months, should be available as early as next week.

President Michael Fitts said the administration is committed to helping students recover from these events.

“I pledge to you that no effort will be spared by me or anyone in the university’s leadership as we seek the comfort and healing of our community,” Fitts said.

All students, faculty and staff have access to the Tulane Concerns Report Form, on the Tulane and Student Health Center websites, where they can anonymously report a student of concern to Student Affairs.

Kognito, an online and interactive training service, uses virtual role-play to identify at-risk behavior and can be accessed 24/7 through TheWELL’s website. All freshmen were required to take the course before the beginning of the fall 2014 semester.

“Kognito teaches you how to have those difficult conversations,” Barr said. “You can use the [Tulane Concerns Report] if you don’t want to broach it with your friend, though, and it … lets you be there as a resource to them on a different level.”

Barr said students must attempt to recognize the signs of problems and step in.

“You don’t want to necessarily approach your friends, but you need to,” Barr said.