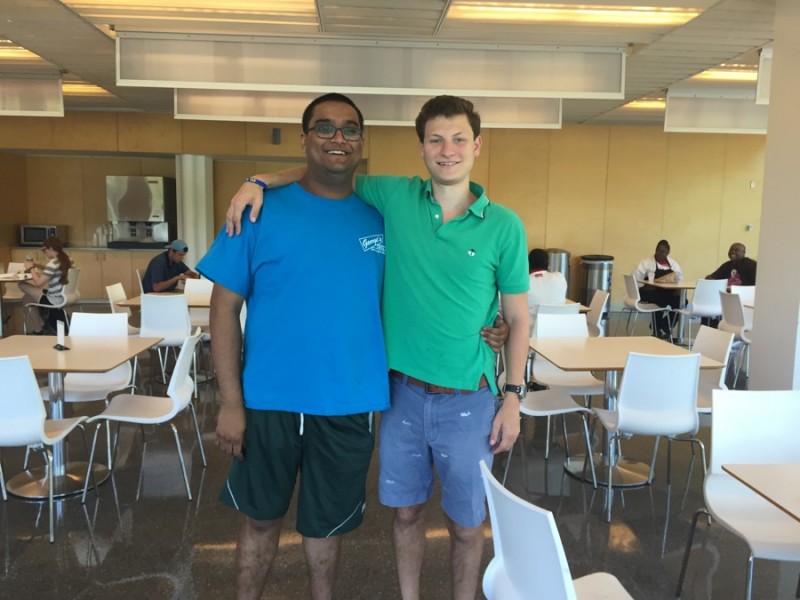 Tulane Historical Society President Sirish Yerrapragada and Vice President Joel Zeid pose together in the Lavin Bernick Center for University Life. The club seeks to give students access to historical knowledge about Tulane and New Orleans.

The Tulane Historical Society, a new campus organization, will provide students with the opportunity and resources to discuss history and its modern day impact.

Club President Sirish Yerrapragada developed the idea when he realized that many students interested in history are not always able to explore this passion during the academic year.

“We wanted there to be a way for the both faculty and the Tulane student general body as a whole and specifically history majors to have a medium to interact very easily,” Yerrapragada said.

Students from any department or discipline can attend meetings to listen to different history professors, such as club advisor Professor Robert Gilpin, lecture on a variety of topics and host discussions.

The club’s first meeting focused on Tulane’s history with slavery and its lasting effects on modern campus culture. Attendees and club members said they feel these conversations are necessary to educate the Tulane community about societal issues in historical and contemporary contexts.

“The Tulane Historical Society’s mission is to help produce an environment in which students can have an open and thoughtful discourse about how history has shaped current societal problems and events,” Tulane Historical Society Press Secretary Josh Dupler said. “I think that we are going to be able to reach more and more people as time goes on, hopefully sparking more interest and dialogue about society’s issues and their historical context.”

While the club seeks to connect history to the modern day, it considers itself an academic club rather than an activism-centered group. Vice President Joel Zeid hopes that the club will provide people with objective facts they can use as a tool from which “people can draw their own conclusions …”

Tulane Historical Society also hopes to use the rich history and culture surrounding New Orleans to its advantage. Students and professors ventured to the old slave markets in the French Quarter to learn about the city’s history of slavery. Future trips include the Whitney Plantation, known for its authentic representation of plantation life and the World War II Museum.

The club members attribute their success thus far to the staff and faculty that have allowed them to explore ideas and create and maintain a new club on campus.

“… They have been so unbelievably supportive, the entire faculty,” Yerrapragada said. “Every faculty member has met with me and let me bounce ideas off of them and give me advice.”

Tulane Historical Society hopes to provide a strong pillar of support for history majors and a place for discussion and learning for non-history majors. The current number of members stands around 75 people, but Yerrapragada and Zeid said they expect to see the club grow and expand with time.

*Disclaimer: Josh Dupler has formerly contributed to The Hullabaloo.