‘Hers, Theirs, Ours’: Second annual performance embraces new narratives 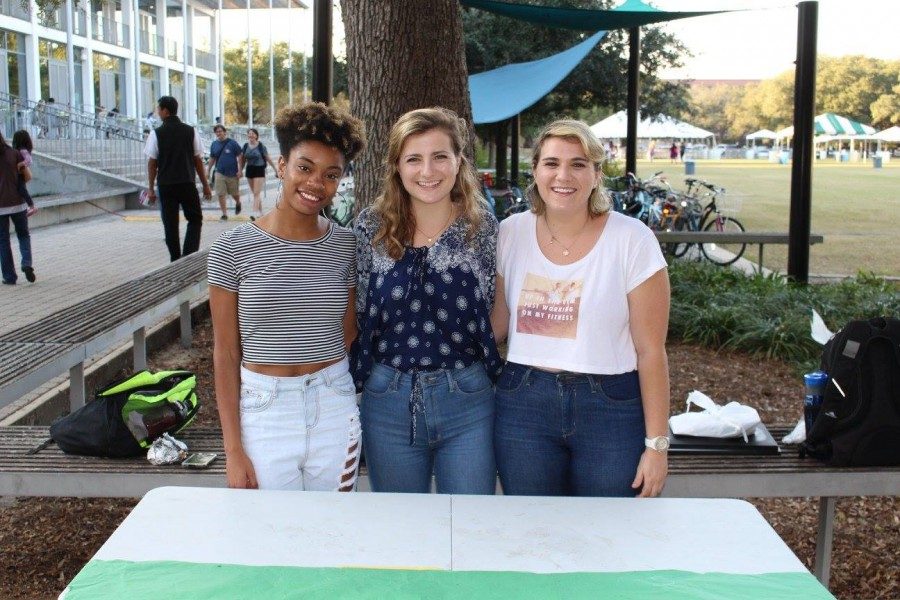 Courtesy of Hers, Theirs, Ours

Co-producers of this year's Hers, Theirs, Ours performance (from left) Jae Nichelle, Eliza Kauffman and Corley Miller pose at a tabling event promoting the show.

As both a platform for storytelling and a vehicle for difficult discussions, “Hers, Theirs, Ours” creates a space to relate to fellow female-identifying and gender-nonconforming people. The production takes the personal narrative style popularized by “The Vagina Monologues” and makes it accessible to a broader range of participants in an effort to include more perspectives and recognize the expansive scope of gendered oppression and experiences.

“Hers, Theirs, Ours” was created at Tulane in 2016 as an inclusive answer to the shortcomings of the original production. This year, it has a cast of more than 100 students to tell the stories of Tulane community members.

For years, “The Vagina Monologues,” which used the perspectives of women of all walks of life to piece together a multifaceted look at what it means to be female, offered women an arena to share their experiences. While the production was emblematic of female empowerment and recognized a variety of the societal struggles women face, it lacked diversity in the perspectives it highlighted. The voices of people of color, as well as gender nonconforming and non-binary individuals, were notably missing, and despite the array of topics the show covered, it still left a number of subjects unexplored.

Junior Jae Nichelle, one of three co-producers this year, has been involved with the production since freshman year. At the time, Tulane was still producing “The Vagina Monologues” but was looking to move in a more inclusive direction. The producers added a piece called “This Is For Us,” a narrative by women of color, whose voices were missing in the original production.

“It was very empowering to see, when we got onstage and did that piece, the people in the audience, especially the women of color in the audience who go to Tulane and deal with a lot on a daily basis, were kind of in tears and very emotional when they saw it,” Nichelle said. “And so, after that, the transition to ‘Hers, Theirs, Ours’ is pretty personal to me. … I realized how important it is that people see themselves in this production and how it can just kind of change your experience, you know, on campus.”

By including stories and spoken-word poems by students, as well as responding to what topics they want to see highlighted, the show has the ability to be more personal and representative of the unique experiences its community members face.

“There are some universal experiences that every person is touched by and that every person can approach with compassion and understanding, and I think that this is a show that absolutely highlights that,” junior and co-producer Eliza Kauffman said.

The show, now in its second year, has already undergone major changes compared to its inaugural production. This year’s co-producers, Nichelle, Kauffman and senior Corley Miller looked critically at what the show already covered and determined what subjects it lacked, consulting past cast members for feedback.

“[The show] can literally be burned to the ground by next year’s producers and be built up to be different, better, more so in all ways, and that’s something that ‘The Vagina Monologues’ didn’t offer,” Miller said. “You had to stick to a certain script, and that didn’t pave the way to expand voices or experiences.”

“Hers, Theirs, Ours” starts this weekend, beginning at 8 p.m. April 21-23 in Kendall Cram Lecture Hall in the Lavin-Bernick Center for University Life.

Tickets are $8 and are available online through Eventbrite or in-person. Ticket proceeds benefit the New Orleans Family Justice Center, which works to fight child abuse, sexual assault and other gender-based violence through preventative and responsive measures.