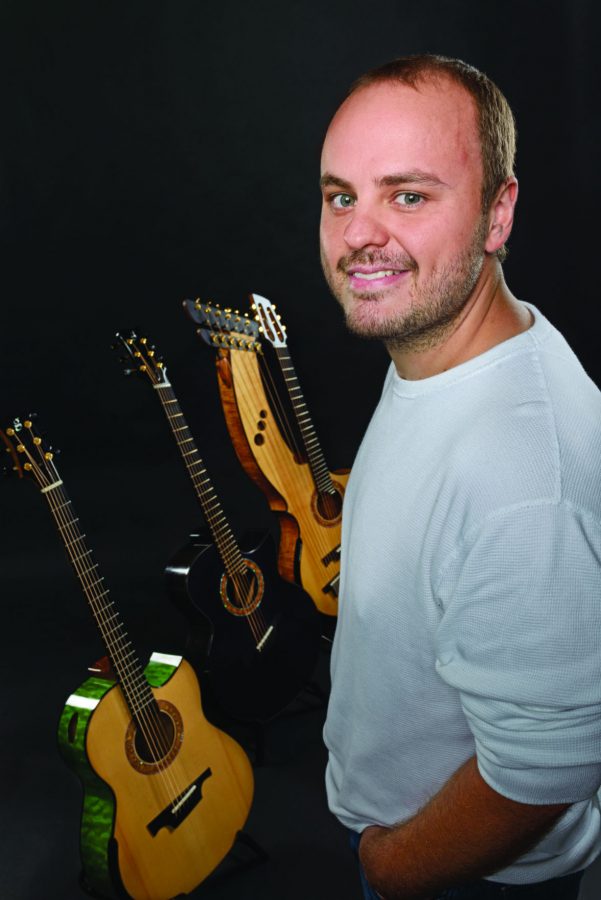 Born and raised in Kansas, YouTube sensation Andy McKee describes himself as a homebody. The self-taught guitarist spent the majority of his youth in his bedroom cradling his guitar, trying to teach himself to play his favorite bands’ songs. He will perform a handful of these songs among his own original compositions 7 p.m. on Sep. 28 at the House of Blues.

“Without really hearing it, people don’t really know what that means,” McKee said. “It’s not something you really find on the radio … but I think it’s a unique kind of music.”

None of his songs carry vocal recordings. Instead they draw the spotlight on the instrumental components.

“When I actually started playing guitar, I heard a player named Eric Johnson, an electric guitar player,” McKee said. “He had a song called Cliffs of Dover … I heard it, and there was this feeling I had … There is something vague about it … It doesn’t tell you the exact story.”

McKee has been producing music since 2001 but received his big break in 2005 when he released the album, “Art of Motion,” on Candyrat Records. The small, independent, Wisconsin-based label used YouTube as a promotional platform for McKee’s music. McKee recorded and posted eight videos in a single day. The videos spread rapidly. The song, “Drifting,” currently has more than 50 million views. McKee, who taught guitar lessons at the time, said he was blown away by the initial response.

“It really went viral sort of unknown to any effort on our part,” McKee said. “People just started sharing … We had no idea the videos would take off like they did. It completely changed my life.”

Since the videos, McKee has released three more albums and toured with Prince in Australia. McKee debuted a new extended play titled “Mythmaker” on April 8. The four-track EP features a wider range of instrumentation compared to his older works. Beyond his typical usage of the harp, acoustic and baritone guitars, McKee has introduced piano and electric guitar elements. The third track, “June,” showcases a carefully composed solo piano piece, while the fourth, “Lumine,” illuminates a lush multi-instrumental layered composition.

“You can incorporate this music into your life,” McKee said. “Sometimes you can say more with music without lyrics.”