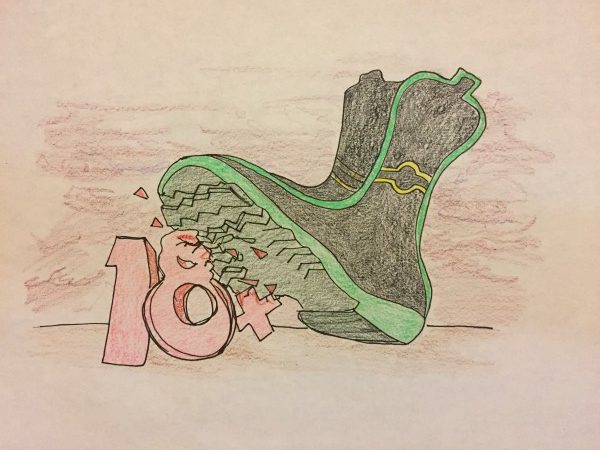 You’ve finally done it, after all these years. It’s the cataclysm we’ve always suspected, sensed looming on the horizon, but always hoped would never come to fruition. You sucker-punched us, landed a mercilessly quick one-two punch that would have even Sylvester Stallone gasping for breath. You know just what I’m talking about. You temporarily made The Boot, the veritable centerpiece of Tulane nightlife, the decrepit yet beloved watering hole for debaucherous youths the world over, 21 and up.

And we trusted you, you know. It’s a knife in the back that’s left us heartbroken, betrayed and criminally lonely. You’ve taken away our home, destroyed our Alderaan. We feel bereft of purpose, as existentially adrift as an art major upon graduating college. You deserted us like we meant less to you than Tulane’s no alcohol policy means to any given freshman. Honestly speaking, this is the most shocking betrayal since Snape killed Dumbledore.

Back when I was a freshman, I had to walk to The Boot uphill both ways, in the middle of a snowstorm, with only the shots of Fireball™ in my stomach and the scandalously unbuttoned dad shirt on my back to keep me warm. But at least there was a Boot, goddammit! Now when I see what the carcass of our once-prized Mecca has become, I feel only an overwhelming wave of sadness. It’s as empty as a vegan restaurant during a zombie apocalypse, emptier than a trailer park during a Blake Shelton concert. Emptier than Yulman Stadium at any given point during Tulane’s football season.

I hope this change is temporary, I really do. I can’t help but feel like a kid who’s just landed hard on his ass on the curb after his last magical gallivant in Narnia, unwittingly expelled for the last time and left unprepared to face the real world and mundane responsibilities once again. But think deeper, please. Think of the children. Think of the poor freshmen who haven’t yet outgrown the gilded allure of 50-cent shot night, of being packed together so densely they forget their senses of self, of grinding against someone for 20 minutes only to discover their potential lover is really just a support column. You cut short their lives before they even began, and it’s criminal. Life hasn’t felt this cruelly unfair since Joffrey had Ned Stark beheaded.

In wake of The Boot’s passing, then, it looks like we’ll just have to take our drunken revelry elsewhere. Namely, right back on campus. Odds are we pregame outside the Health Center?