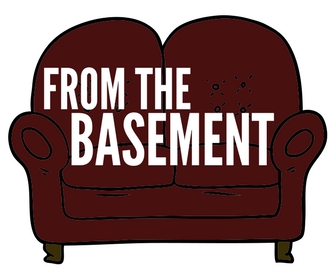 The Green Wave football team won its first game of this season, for the first time since 2013. The team’s 43-point performance was the best showing in a home opener since the Green Wave played Southern Louisiana in 2011. Tulane looked like a rejuvenated and improved team. So, who cares?

In Tulane’s first home game of 2016 against Southern University, attendance was 27,179. Against Grambling State this year, it was 15,940. Why the drop?

It’s easy to point to a history of losing seasons in football and men’s basketball, but it’s not like people are lining up at the door for Tulane’s sports teams that do have winning histories. Tulane’s baseball team has 21 NCAA tournament appearances, two in the past three years. Yet in 2015, Tulane baseball averaged 2,048 people in attendance per game, just topping 40 percent capacity.

There’s more to think about than just team performance when analyzing Tulane athletics attendance trends, including the sports culture fostered by the Tulane community.

Tulane has had an established football program for 124 years. For 33 of these years, Tulane was a member of the Southeastern Conference. All but three of the programs currently in the SEC have historical winning percentages of over .50012, meaning that had Tulane chosen to stay, it would probably have a much better success rate than it does now. Tulane, however, elected to leave the SEC in 1965 after winning a total of three conference titles.

Former Tulane President Rufus Harris, who cut the number of football players on scholarship from 100 to 75 and lowered coaches’ salaries in 1951, believed athletics should not take priority over academics. Because of this, Tulane felt it could no longer compete at the same level and left the conference. Tulane proceeded to have only seven winning seasons over the next 30 years, with none from 1982 to 1997.

So there you have it. Tulane’s culture of making athletics secondary to academics was decided on decades ago by a university president. Presidents, athletic directors and donors in the years since have thrown money at the problem, including the recent $75 million Yulman Stadium and the proposed $30-35 million performance center, both of which I wrote about two weeks ago. But none of these things have brought consistency to a football program that spent 30 years without a conference.

Tulane has had one winning season since 2003, and in that season, attendance was never higher than 22,914 at a home game. And that was when Tulane played in the Superdome, which can hold more than 73,000 people. Back to the 1998 season, Tulane went undefeated and beat BYU in the Liberty Bowl, but even then, the Green Wave couldn’t fill its stadium, which then held 37,391. At its absolute best, Tulane barely filled half its maximum stadium capacity. And now what appears to be a promising season has begun with the lowest opening attendance that Yulman Stadium has seen since its opening in 2014.

The first game played in the stadium was against Georgia Tech on Sept. 6, 2014, and it sold out. Thirty-thousand people watched as their brand new stadium was christened with an ugly 38-21 loss, and a game at Yulman hasn’t sold out a single game since. With numbers only dwindling, who knows whether that will ever change.