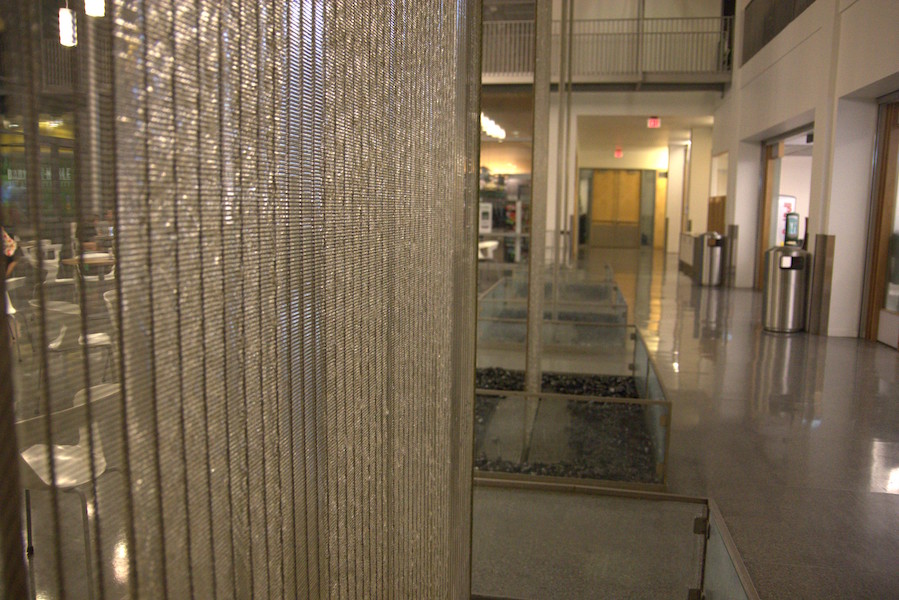 Though the LBC was built to be eco-friendly, many of its features are not operating at full potential.

Originally built to be the most environmentally-friendly building on campus, the Lavin-Bernick Center for University Life has used 182,460 kilowatt-hours of electricity so far this month, spending $15,837 on electricity alone. For context, one kilowatt-hour of electricity is enough to watch television for 10 hours.

In contrast, Newcomb Hall has used 50,826 kilowatt-hours of electricity so far this month, spending $4,411.

The original University Center was built in 1959, but after receiving a large gift from the Lavin-Bernick family, the University decided to expand and renovate the center. The renovation process for the building started in 2005 and was finished after Hurricane Katrina in 2006.

When the LBC opened in 2006, it was designed to be eco-friendly while minimizing energy usage. Instead of being knocked down for renovation, much of the original structure was kept, preserving energy and materials that would have otherwise been demolished and wasted.

One of the main sustainability features of the building is its emphasis on natural lighting.

“There’s very few places in there where you aren’t able to look outside or have your meeting without the lights on,” Director of Sustainability Liz Davey said.

The building’s designer, Vincent James and Associates of Minneapolis, intentionally arranged the building to allow light to enter basement level, creating a well to let in light. Along with the focus on natural lighting, lights meant to adjust automatically depending on the amount of light outside were installed.

Another notable green feature of the building is the water wall, which acts as a passive dehumidification system.

“The idea was the cold water is dripping down the wall and it’s providing some cooling to the air that’s passing through it,” Davey said. “But it’s also precipitating the humidity out of the warm air onto the cold water.”

Some green efforts in the building, however, have been less successful. The building was designed so it could be opened up and the air conditioning shut off in some parts of the building during certain times of the year. This aspect of the building is currently not in use, and many of the doors have screens over them.

“That was the design intention of it so that you could have this airflow building with a bunch of different channels for self-cooling and self-warming,” John Harris Alexander, Undergraduate Student Government director of sustainability, said.

Currently, there are no plans in place to put this feature of the building into effect.

“It would take someone really interested in putting together the systems to open it up and close it, I think,” Davey said. “So I think it would take somebody who would be really passionate about that as a project.”

When designed and first opened, the LBC was built with solar readiness and has the systems necessary to use solar energy. The building, however, has yet to be installed with solar panels.

“If you’re going to spend the money to make it ready for that, why not also spend the capital to then make it an energy-efficient building producing its own energy?” Alexander said. “And potentially for other buildings on campus as well. So then you’re taking off that price that you’re constantly having to pay.”

Since September of 2016, the LBC has used the third most energy of all buildings on campus, with 1,092,324 kilowatt-hours used since January.

While the LBC has many efforts in place to reduce its energy usage, there are still aspects of the building not being used to their full potential, a discrepancy Davey said is disappointing for a university in a region so affected by climate change.

All numbers used in this article for kilowatt-hours and dollars spent on energy were the most recent figures available at the time of reporting.