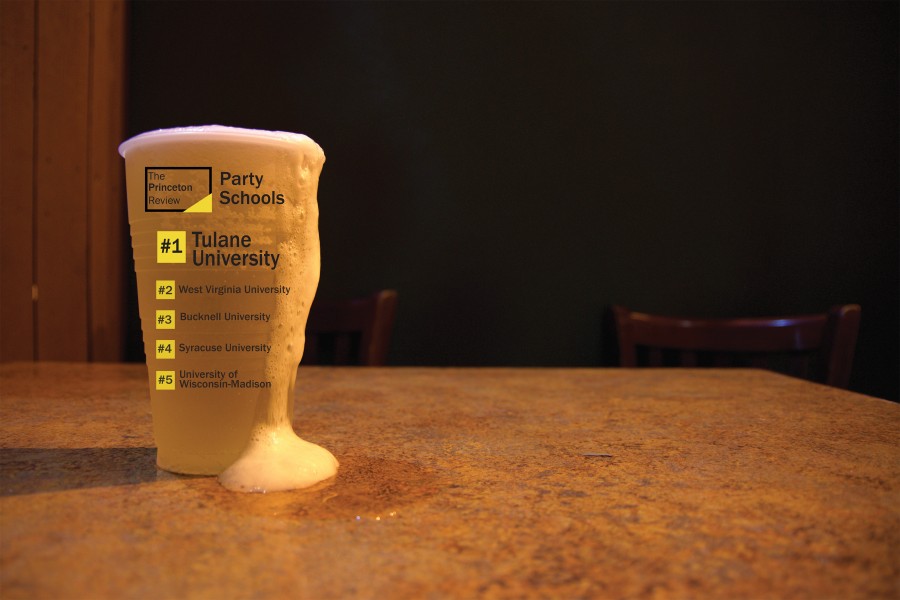 The “work hard, play hard” mentality that defines the college experiences of many Tulane students garnered public attention after The Princeton Review’s most recent “Best Colleges Guidebook” ranked Tulane as the No. 1 Party School in the nation.

A 2015 survey of incoming Tulane freshmen found that 54 percent of these students reported high-risk drinking in the past two weeks, compared to 20 percent of students at peer institutions, according to Dusty Porter, vice president of student affairs. Meanwhile, the Tulane Class of 2021’s average SAT score is 1449.

For President Mike Fitts, however, the University’s “unofficial motto” is an unattainable standard.

“We cannot send our students the message that it is possible to balance a fulfilling life and career with the abuse of drugs and alcohol,” Fitts wrote in an email to the Tulane community on Sept. 18. “It is not.”

According to The Princeton Review, schools on the “Top Party Schools” list are “those at which surveyed students’ answers indicated a combination of low personal daily study hours (outside of class), high usages of alcohol and drugs on campus and high popularity on campus for frats/sororities.”

Regardless of the validity of The Princeton Review’s methodologies, actions from Tulane’s administration and student body in response to Tulane’s place at the top of the “Party Schools” list have sparked conversation.

ONLY AT TULANE, ONLY IN NEW ORLEANS

In a city known for having more bars per capita than any other major U.S. city, Tulane’s drinking culture is often attributed to its location in New Orleans.

“… A lot of my friends kind of had this perception already that [Tulane] was a party school and had a reputation for being good academics but also great partying, in the center of New Orleans,” sophomore Shay Meredith said.

In previous years, Undergraduate Admission has launched campaigns emphasizing the University’s ties to the Big Easy, such as the slogan “Only at Tulane, only in New Orleans.”

Some believe shifting focus to New Orleans rather than addressing root causes of the party culture on Tulane’s campus might oversimplify the narrative.

“Some people still say this, like well we’re in New Orleans, so we’re never going to get rid of this culture at Tulane,” Eva Dils, Undergraduate Student Government director of student health and wellness, said. “But the problem is that you don’t see random New Orleanians trudging home from The Boot three or four nights a week drunk out of their minds.”

In his “Special Message on Alcohol and Substance Abuse,” Fitts indicated that the administration intends to take steps to curb binge drinking, one being “increases in TUPD’s enforcement of laws against drinking by minors.”

On the night of Sept. 1, The Boot Bar and Grill was raided by New Orleans Police Department, TUPD and officers from the Bureau of Alcohol, Tobacco and Firearms. This raid led to temporary capacity and age restrictions at the bar. According to TUPD’s Daily Activity Report, 11 students were given Minor in Possession citations over the weekend of Sept. 22-24.

Some students said they doubted increased police presence will adequately deter high-risk drinking behavior and may even create a new set of concerns. 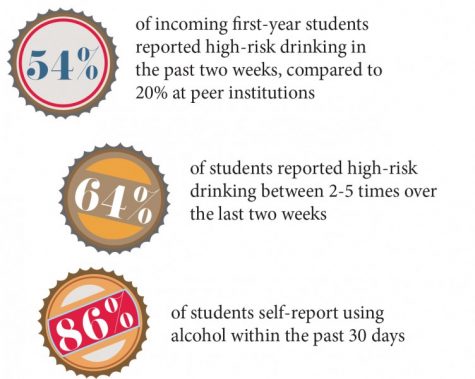 Statistics based on student affairs presentation at USG senate Sept. 26

“They’re going to go to higher-risk areas,” Dills said. “Instead of going to the Boot, which is right on campus, maybe I’m going to go several blocks further down and I’m going to be in a place where I’m less familiar, it’s less safe because the campus is not right there.”

Some have also expressed concerns about marginalized groups feeling unsafe with the increased police presence.

“The University’s response on increasing enforcement has a disproportionate impact on marginalized students,” Khristyan Trejo, junior and USG vice president of student life, said. “As a queer person of color, I personally have got into issues with law enforcement where I’ve been harassed by local police.”

Scott Tims, assistant vice president of Campus Health, said the University has been working to curb negative ramifications of drinking and change the culture for years prior to the Princeton Review ranking. Efforts have included changes in The Well for Health Promotion’s approach to binge drinking prevention and new ways of educating students about the effects of risky consumption.

Even with these new changes, some students said they think these efforts are not adequate and have seen the negative consequences of drinking on their peers.

According to the National Institute on Alcohol Abuse and Alcoholism, binge drinking and alcohol-related causes take the lives of about 1,800 students nationally each year.

“While this issue is by no means unique to Tulane, our students use drugs and alcohol at a disproportionate rate, in ways that threaten their lives, their health, their safety and their academic success,” Fitts wrote in his special message. “This makes our students much more likely to be vulnerable to crimes and more likely to commit crimes, including sexual assault.”

Researchers at Queen’s University found in 2015 that acute stress levels have a statistically significant influence on the amount of alcohol consumed by college students. 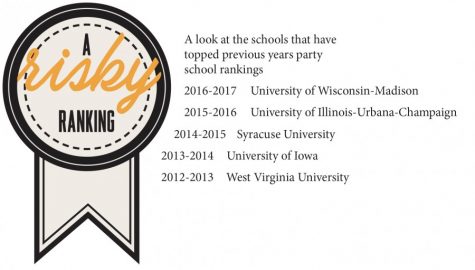 “A lot of [my friends] turn to drinking on the weekends in order to escape stressors and all of that,” Meredith said. “Just [the] toxic culture around it, that should be the main thing that they strive to fix rather than handing out MIPs and giving kids records. I don’t think that is going to solve anything. It is just going to drive it underground.”

The correlation between stress and drinking behaviors, when coupled with external factors like peer pressure, can create a dangerous set of expectations, which some say has laid the groundwork for Tulane’s climb to No. 1 on The Princeton Review’s list.

“It is not just the classic ‘peer pressuring’ of others telling you directly to engage in it,” Caroline Scott, USG Senator for the School of Public Health, said. “It also includes the reputation of Tulane, the party school ranking, but most importantly, what individuals think that others are doing.”

As concerns about alcohol and drug use increase, Tulane has also begun to expand capacity of its Counseling and Psychological Services. According to Porter, CAPS has increased the number of visits available to students and added to its hours and staff size. Tulane will also introduce sober living spaces as a housing option in the fall of 2019 while also hiring more addiction specialists for CAPS.

TULANE JOINS RANKS OF OTHER UNIVERSITIES

Before Tulane’s ranking, the University of Wisconsin-Madison, ranked No. 5 on this year’s list, was the top-ranked party school for the 2016-17 academic year. Before that, the University of Illinois Urbana-Champaign was ranked atop the list.

“It was kind of a momentary period of celebration for some about our ‘work hard, play hard’ reputation, followed by a longer, more introspective evaluation of how our campus deals with its alcohol culture and party culture,” Madeline Heim, editor-in-chief of the University of the Wisconsin-Madison’s The Daily Cardinal, said.

While Porter and others noted that University-wide changes and updates are “not in response to the ranking,” a larger discussion about Tulane’s drinking culture is underway.

Sanjali De Silva contributed to the reporting of this article.