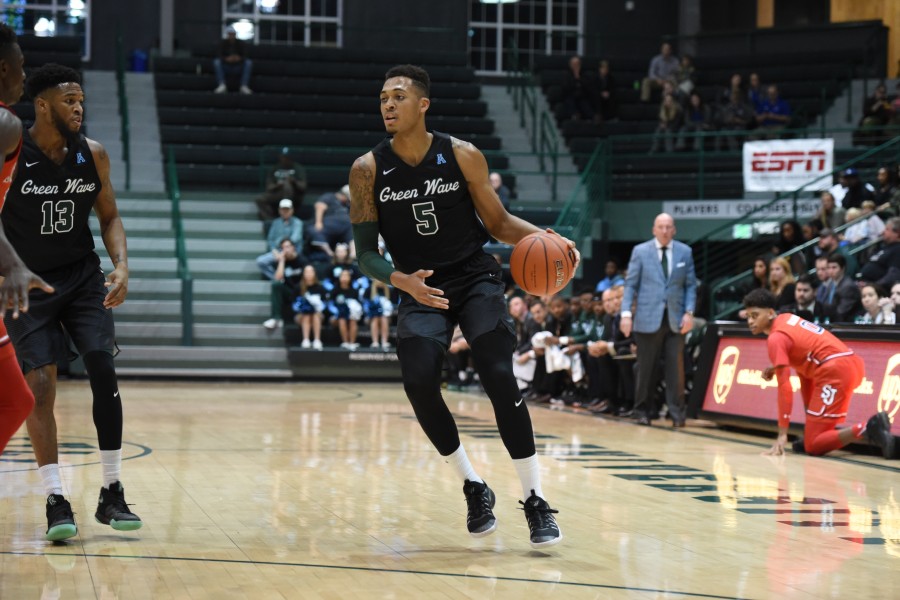 After a devastating 6-25 record last season, the Tulane men’s basketball team prepares to put a better, more experienced foot forward this year. With last year’s acquisition of Mike Dunleavy Sr. as head coach and a year of experience under his leadership, the team is beginning to feel more confident.

The team’s newfound depth also provides a boost, especially with two transfers from last season, shooting guard Jordan Cornish from the University Nevada, Las Vegas and power forward Samir Sehic, who is now eligible to play under NCAA rules after redshirting for one season, from Vanderbilt.

Dunleavy considers the huge jump in experience to be invaluable for the newcomers to the team.

“Last year I was teaching 15 guys the system, 15 new guys about each place set, every nuance of every set, everything we’re trying to do. And for the guys, the four guys that came in this year as freshmen, they probably right now are where we were in January. They’re just so much further ahead because there are 12 other teachers out there,” Dunleavy said.

Dunleavy has extensive experience as both a coach and player in the NBA. After 14 years playing for teams including the San Antonio Spurs, Houston Rockets and Milwaukee Bucks, Dunleavy coached the likes of Earvin “Magic” Johnson, Moses Malone, Scottie Pippen, Arvydas Sabonis and James Worthy over the years.

“Mike Dunleavy has been one of the best basketball minds in the NBA for a long time. He is widely respected for his coaching acumen and ability to evaluate talent,” Russ Granik, former deputy commissioner of the NBA, said to tulanegreenwave.com last March after Dunleavy’s introduction to the program.

Redshirt senior forward Cameron Reynolds was also named the 2017 American Athletic Conference Most Improved Player of the Year under Dunleavy’s guidance. Dunleavy now expects Reynolds to step up even more.

“He’ll be asked to have more of a leadership role this year,” Dunleavy said. “Last year, you know, we had Blake Morgan and Ryan Smith who were the seniors. And Cam’s a really smart player, a high IQ player, does a good job with his effort … he has the capability of being a good leader.”

Reynolds led the team last year with 17 points and 6.8 rebounds per game while knocking down 78 3-pointers. As the only senior on the team, Reynolds feels the expectation to lead, but not necessarily to carry the team on his back.

“I feel a pressure to be a leader, but not to score points. Our offense is very unselfish,” Reynolds said. “Coach runs a lot of stuff for me, and it’s just my job to knock them down, and my teammates expect me to knock them down, so there’s really no pressure.”

“The goal is to win every game,” Dunleavy said. “Whether that is a realistic goal, that’s the one we’ll go for to play with … Last year we played the fastest pace of anybody in our league. We hope to do the same this year.”