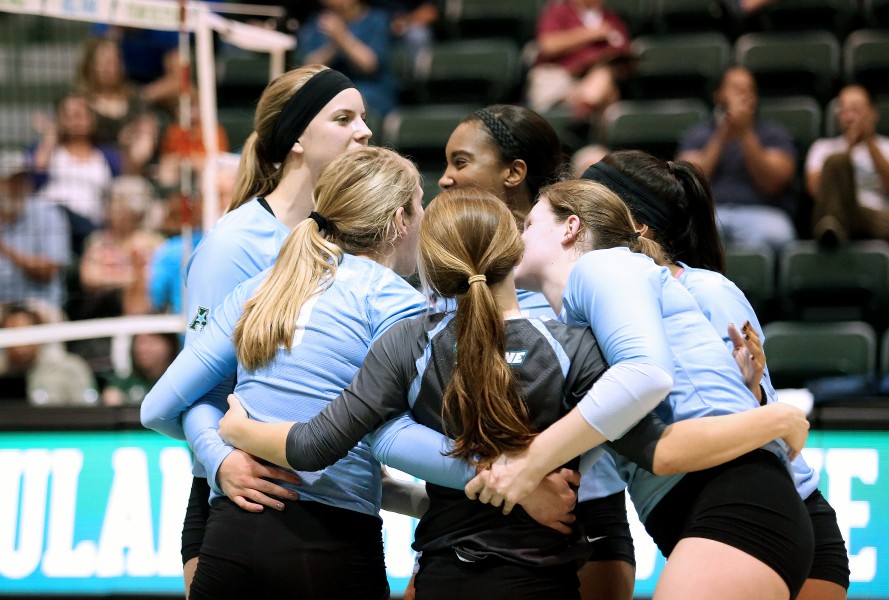 With Hurricane Nate rolling in to make landfall within the coming days, Tulane volleyball lost 3-0 (23-25, 16-25, 16-25) to No. 24 Wichita State on Friday night at the Avron B. Fogelman Arena in Devlin Fieldhouse.

Tulane made 22 errors in the match, nearly twice as many as Wichita State’s 12 errors. The Shockers also produced more assists and digs, 46 and 43, respectively, than Tulane, which had only 38 assists and 37 digs.

Following the cancellation of Sunday’s game against Memphis, Tulane volleyball will play next against East Carolina at 7 p.m. on Friday, Oct. 13, at the Williams Arena at Minges Coliseum in Greenville, North Carolina.