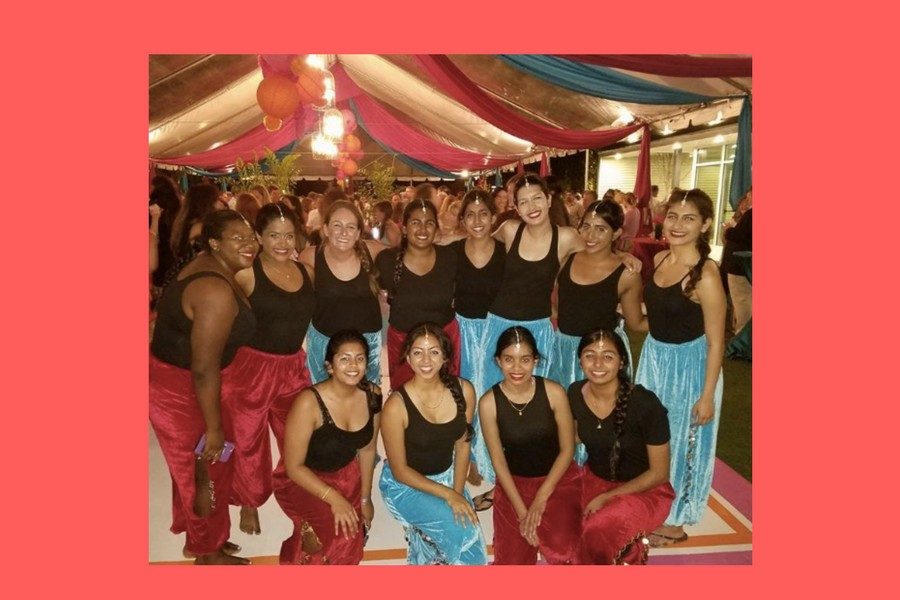 Louisiana now has its very own collegiate Bollywood dance team, and it all started at Tulane.

Founded in 2015, Jazbaa is a tight-knit group of young women who love to dance and share Indian culture with both the Tulane and New Orleans communities. Jazbaa provides an opportunity for people in the South to be exposed to a style of dance and music they might otherwise never experience.

“We get a lot of interest from people in the New Orleans community and also the Tulane community,” senior and Jazbaa captain Dinika Singh said. “We perform at weddings, schools, different cultural events, things on campus and things off campus.”

Jazbaa educates not only its audiences, but also its members, about Indian culture. Though Jazbaa is a Bollywood dance team, not everyone on the team is Indian. The team provides a way for members to learn about some of their teammates’ culture.

“It’s cool to hear everyone talking about different foods they eat and traditions they have in their family that I don’t,” freshman and Jazbaa member Alex Tighe said.

Jazbaa provides its members with opportunities that extend far beyond its performances. Though it is technically a dance team, for the members it’s a family. This becomes obvious at Jazbaa’s biweekly rehearsals. The members arrive excited to see each other. They talk and laugh in the background of rehearsals, but they know when to quiet down and focus.

“It’s really fun hanging out with the girls and spending time together,” junior and Jazbaa public relations chair Diya Wheeler said. “It’s given me a lot of friends and somewhere to direct my energy.”

While Jazbaa educates its non-Indian members about Indian culture, it also provides its Indian members with a way to meet others who share their culture. The members grow close through all of their rehearsals, performances and competitions.

While Singh can be tough on the team at times, her unwavering belief in her teammates’ abilities is easily seen. She serves as a mother figure for the underclassmen, affectionately referring to the freshmen as “Jazbaa 3.0.”

“My favorite part is that I get to see these relationships form between all these different people that either would not have met or would have met but not in this setting,” Singh said. “We try to make Jazbaa as accepting as possible.”