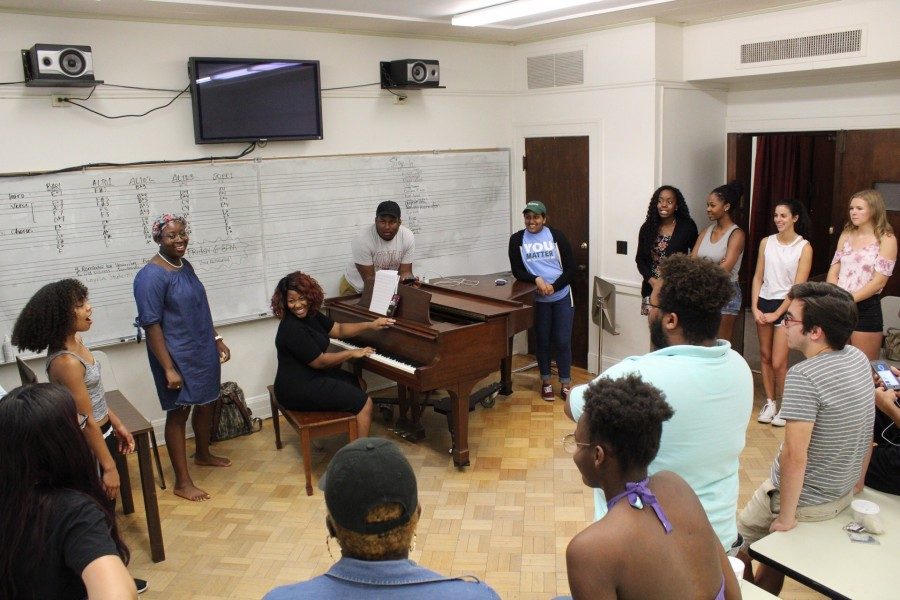 Founded in 2016, Pocapella is Tulane’s first a capella group that unites people of color of all genders through a common love of music. The club was created as a response to the lack of diversity and culturally relevant song choice among other a capella groups on campus.

While Pocapella strives to welcome diversity, its members also want to be known for more than just their ethnic or racial identities. Pocapella aims to be a place where anyone’s merit as a singer allows them to transcend their marginalized identities.

The organization caters to singers of all musical skill levels. Members sort themselves by voice type, learning each note of the arrangement by ear.

While there is structure to their practices, there is also an element of freedom and spontaneity. There never seems to be a moment of silence, and even during intensive work, laughing and conversation remain in the background. Though this style of rehearsals may seem chaotic to an outsider, the group continues to produce dynamic harmonies and riffs.

“We get our work done, but we have fun doing it,” sophomore and Pocapella member Breayana Bradley said.

Pocapella also sets itself apart by its song choices, which are oftentimes inspired by the diversity of its organization. While it performs more mainstream pieces such as “That’s What I Like,” the group also tries to incorporate songs in different languages, like “Despacito,” for events like Hispanic Culture Month. This aspect can be a unifying force, connecting members to something familiar.

On the surface, it may seem like Pocapella is just an organization that enjoys having fun and performing music, but it also serves a larger purpose.  It has served as a way for multicultural students to meet people with whom they can relate and bond.

While there are other clubs on campus that celebrate cultures of marginalized races and ethnicities, such as the Black Student Union and the Indian Association of Tulane, some said they believe these clubs may not unite students with differing marginalized identities in the way clubs like Pocapella can.

“Personally speaking, if I hadn’t found the community of friends that I did, these women of color that I joined forces with, my experience here would be totally different,” sophomore and Pocapella co-president Joye Pate said.