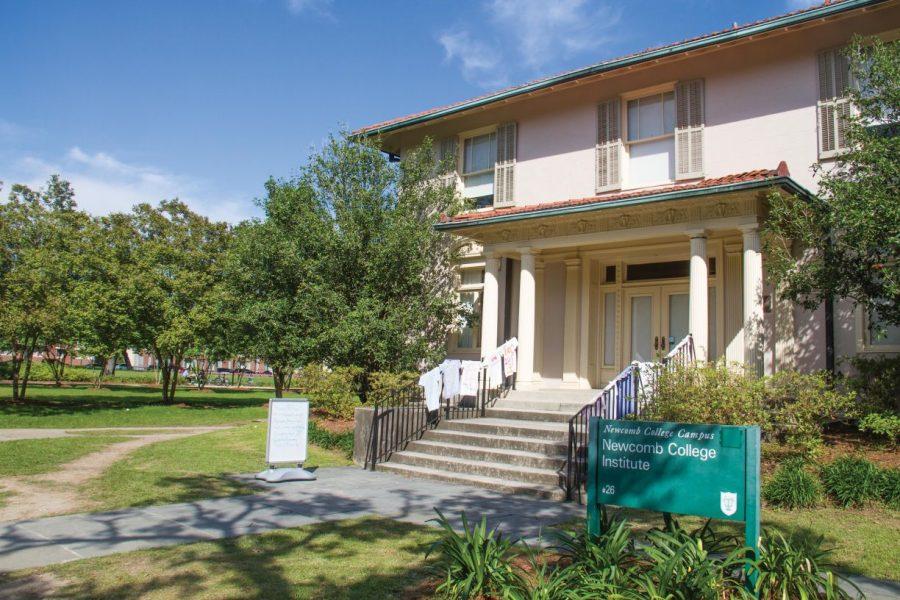 President Scott Cowen announced three new construction projects in the section of campus between Willow and Freret streets Friday in his weekly Tulane Talk e-mail. The plans call for a new four-story $46 million building that will house a new dining hall and the entire Newcomb College Institute on the site of the current NCI building at 43 Newcomb Place, and two new residence halls on the sites of Bruff Commons and the Caroline Richardson Building.

Along with the construction, the Newcomb and Lavin-Bernick Center Quads will be unified to create a central green space. Cowen said these projects involve a long process but will reshape the undergraduate experience.

“Obviously, all of this will take a great deal of planning, work, patience and understanding, but it is key to creating a more unified undergraduate collegiate experience in the heart of campus where our students can learn, live, eat, play and discover,” Cowen said.

Lisa Norris, director of dining and auxiliary services, said a new dining hall will enhance the quality of university dining.

“We are very excited about the new dining facility,” Norris said. “This will give us the opportunity to provide Tulane students with one of the best university dining experiences in the country.”

In addition, after Greenbaum House at Newcomb Lawn opens this summer, 4,100 students will be able to live on campus. The Department of Housing and Residential Life desires the ability to accommodate 80 percent of undergraduate students, which would require the addition of 800 to 900 beds.

Ross Bryan, assistant vice president of student affairs for housing and residential life, said the department hopes to reach that goal in the next five to 10 years.

“[Living on campus] is really important in terms of building community and helping students find their place here at Tulane,” Bryan said. “I think we do a pretty good job of that now, but if we had more people living on campus and more students having longer years in the residential experience, that would enhance their education.”

Bryan said that housing has yet to discuss if more rooms on campus will result in an extension of the current two-year residency requirement.

The unification of the Newcomb and LBC Quads will cause a loss of parking spaces. Executive Director of Public Relations Michael Strecker said the loss will be offset by spaces opening up after the renovation of the Howard-Tilton Memorial Library is completed. Housing is working on preserving green spaces across campus, including the Bruff Quad, which will remain following the construction of the new residence hall. He said the loss in parking will be compensated for with a centralized hub for students.

“What you lose in [parking] spots and what you gain in green space and in community space, I think is an easy decision,” Bryan said.

The NCI is currently composed of three different buildings: Caroline Richardson Building, 1326 Audubon Street; and the NCI building at 43 Newcomb Place. Kenney said the construction of the new facility brings all the NCI departments into one building and allows for smoother operations with 200 more square feet of space. The new facility will be designed specifically to fit NCI’s purpose, allow for more visibility to students and fully utilize the current property.

Kenney said during the last six months, NCI and Tulane administrators have been working together to gain support within the Newcomb community.

“Many of our student leaders, who I met with on Sunday and Monday – when we explained what the amenities will be – were also very excited about it. We also talked to our Newcomb Fellows committee, 270 faculty members, a couple weeks ago and they were supportive of it,” Kenney said.

While the new facility is being constructed, the offices in the NCI building at 43 Newcomb Place will be housed on Freret Street behind Howard-Tilton. Students will be able to study and hold meetings at the temporary location.

Sophomore James Newton started a petition Friday after Cowen’s announcement, opposing the demolition of the NCI building. In a public post on his personal Facebook page, Newton said the petition had gathered more than 500 signatures within 24 hours. He decided, however, to remove the petition.

“After conversing with a student representative of the Newcomb presidents and executives, it was requested that the petition be taken down as the student organizations would like to wait, form and present a unified opinion to the public,” Newton publicly posted on his Facebook page.

Newcomb Scholar Jennie Barker originally signed the petition. After speaking with Newcomb officials, Barker said her initial opinion on the issue changed and she now views the changes positively.

“I was initially very shocked about what had happened,” Barker said. “The way it came out, a lot of people were angry, as you saw with the petition. [Administrators] didn’t initially do a good job of explaining what was actually going to happen. As I spoke to people and actually figured out what was happening, I thought this was going to be a positive change.”

The NCI building became a part of Newcomb College in 1918 and was used by the music department. It became the home to some of the Newcomb College deans in 1938. Upon inspection, architects have determined that the house is not architecturally or historically significant, though Kenney said many students feel otherwise.

Outgoing Newcomb Senate President Amy Mills wrote a joint statement with incoming President Hannah Gilbert supporting the construction. Mills said she is sentimental about the destruction of the house but that

“While it is sad to see the house go, the space is the most important part about it,” Mills said. “It is a central location. I think it is awesome that the women’s center is going to be on top of the dining hall where everyone goes. Everyone will know what it is.”

Mills said the NCI is preserving Newcomb traditions through buildings such as Newcomb and Josephine-Louise Halls. She said the new facility will actually bring more awareness to the NCI.