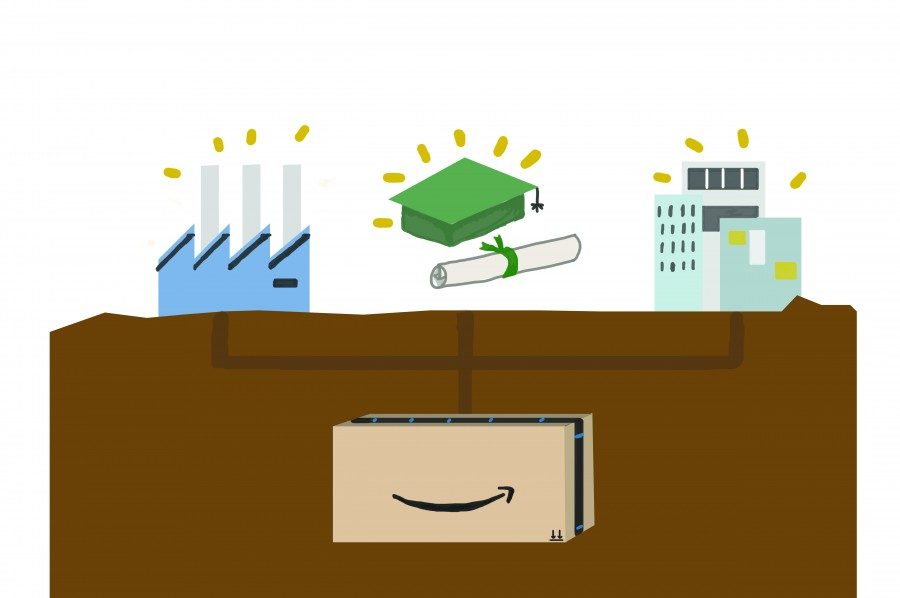 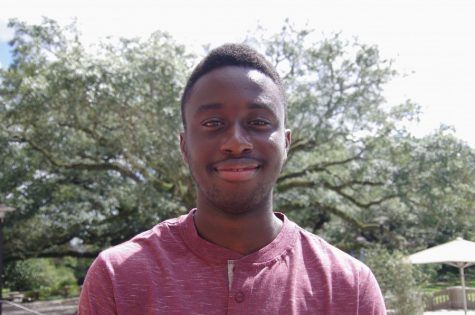 Last month, Louisiana primed itself to bid for Amazon’s new headquarters. With cities in other states applying, Louisiana’s chances of obtaining the favored bid are slim. Nevertheless, the ambitious initiative by state officials represents a significant move to become a business hub. Working to make Louisiana attractive for investment, the bid will likewise benefit the Tulane community by increasing opportunities for jobs and internships and increasing the university’s appeal.

In September, Amazon announced its search for a second headquarters, pledging to spend more than $5 billion on the office and employ up to 50,000 new employees. The requirements Amazon included for prospective bidders included an eight million-square-foot complex, one million residents and an international airport.

Under these stringent standards, Baton Rouge does not qualify. New Orleans, however, does meet the online retailer’s prerequisites. Interestingly, some, such as Louisiana Economic Development Secretary Don Pierson, have suggested a joint-bid between the two cities, for a headquarters that would be situated in the southern Louisiana area.

To be blunt, the chances of Amazon’s newest headquarters being located in Louisiana are slim. Ranked 34th in the nation for infrastructure, 46th in technology and innovation and saddled with a burgeoning budget crisis, the state is not a premier locale for business investment, po’boys and pralines aside. The bid nevertheless expresses the state’s desire to shed such an unfavorable reputation.

Baton Rouge has a pitch for Amazon's new $5B headquarters — and New Orleans will help: https://t.co/IdwOuLJJOX pic.twitter.com/cKRRxuNfFS

For Tulane, the advantages accrued by a potentially successful New Orleans/Baton Rouge bid cannot be overstated. Already, in 2014, Forbes ranked New Orleans the foremost “Brainpower City” in the nation, tied with San Antonio.

By housing one of the world’s most valuable brands, the city would only become more alluring for prospective residents and students. An Amazon headquarters location in New Orleans would bring Tulane a greater number of applicants, drawn to the promise of working near the online behemoth.

Another advantage would be the numerous employment and internship opportunities arising from Amazon’s presence in the city. As previously stated, Amazon’s second office is expected to employ around 50,000, signifying a need for skilled workers. Tulane graduates searching for jobs would be in high demand were an Amazon bid to succeed.

In the long-term, by improving the state’s economic outlook, such employment opportunities located near the university would thereby increase alumni retention in Louisiana.

With Amazon’s prestigious presence, Tulane students interested either in technological or marketing innovation would have greater access to experience-building internship positions, thus fostering their intellectual development and enhancing their employment prospects.

By encouraging more Tulanians to adopt Louisiana as their home, rather than a pit stop for four years, a prospective Louisiana headquarters for Amazon would be the total package. Sure to deliver, such a development would be a prime opportunity for the state and students alike.

This is an opinion article and does not reflect the views of The Tulane Hullabaloo. Nketiah is a sophomore at Newcomb-Tulane College. He can be reached at [email protected]