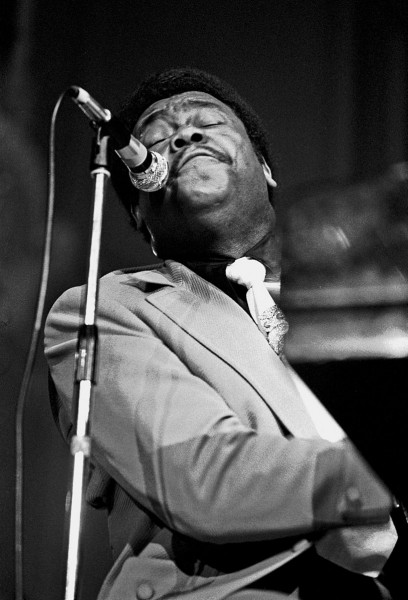 New Orleanians came together to celebrate the life of Fats Domino, jazz legend. The pianist passed away on Oct. 24.

Thousands gathered in the Ninth Ward on Nov. 1 to celebrate the life of jazz legend Fats Domino, who died of natural causes on Oct. 26.

A large crowd of fans and friends took part in a second line that processed from Vaughan’s Lounge, a bar in the Bywater, to Domino’s former house in the Lower Ninth Ward. A brass ensemble, accompanied by the voices of those in the crowd, honored Domino by playing his songs such as “Ain’t That a Shame” and “I’m Walkin’.”

Fats Domino, born by the name Antoine, grew up speaking Louisiana Creole in 1930s New Orleans. He picked up the music soon after leaving school in the fourth grade. By the time he was 14, Domino was in the business, playing the keys in French Quarter bars or in backyards to bring jazz to private parties.

Fats Domino was receiving royalty payments from Imperial Records before his 22nd birthday. He and his producer, Dave Bartholomew, topped the charts for the next 13 years. By the end of this streak, Domino was living the high life: “Ebony” magazine crowned him “King of Rock ‘n’ Roll,” he toured 340 days a year and wore a $1,500 diamond-studded pin stuck through his tie.

The Fat Man stuck with Imperial until it was bought up by a bigger fish; for the first time, the star was up for grabs. ABC-Paramount was quick to capitalize on the opportunity, but after a seven-year spell, he left for Mercury only to hop to Broadmoor, and then over to Reprise.

After all this dashing around, Fats scored a Top 100 single, a cover of the Beatles’ “Lady Madonna.” As the later years of his career rolled around, he was inducted into the Rock and Roll Hall of Fame, received the Grammy Lifetime Achievement Award and capped off his discography with one last major-label record, “Christmas is a Special Day.”

By the late 1980s, Fats had more or less settled down in New Orleans. His health kept him from straying far from home, but he showed up year after year for the New Orleans Jazz and Heritage Fest.

In 2005, Fats and his family lost nearly everything to Hurricane Katrina. As soon as he was able, Fats came back to do what he could to support the rebuilding community. He gave to the Tipitina’s Foundation, supporting local musicians and preserving New Orleans music.

In recent years, Fats made appearances on television, performed as close to home and continued to receive awards and recognition for his accomplishments.

It was only fitting that the New Orleans native was honored with the traditional second line. As the procession drew to the end, Fats’ family stood on the front porch of the Domino home, looking out over a crowd that was singing “I’ll Fly Away.”