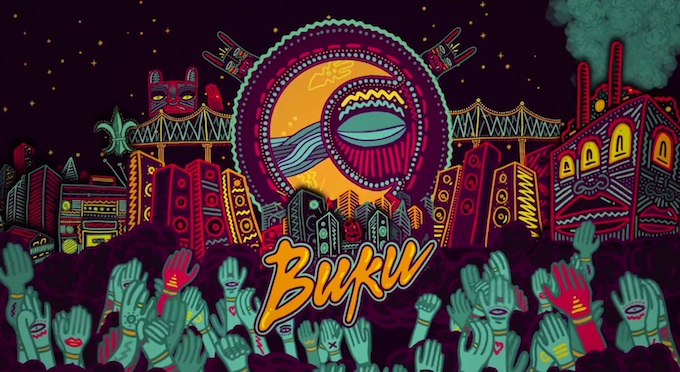 Buku Music + Art Project 2018 will take place on March 9 and 10. The music fest will feature MGMT and SZA as the headliners for this upcoming year.

Only the first of three waves of BUKU Music + Art Project artists has been released so far, but at this point, music fans know many big names will be taking the stage this coming March. Two headliners, MGMT and SZA, will be sure to electrify the crowds with loud electronic pop, and Bassnectar will bring a dark EDM vibe to the table.

The first phase of BUKU is a generous helping of EDM, but artists like Syvan Esso, Bishop Briggs, Flatbush Zombies, Smino and Isaiah Rashad will bring indie and hip-hop sound to New Orleans respectively.

A handful of other electronic artists will be supporting the headers. Borgore is an Israeli DJ known for his dubstep craft, and Sacramento brother duo Hippie Sabotage has been spotted at the top of the Billboard Top 100 Charts time and again.

BUKU 2018 will also feature local artists. Zack Villere, known on SoundCloud as “Froyo Ma,” is a contemporary R&B artist from Covington, Louisiana. He’s been releasing music over the past couple of years.

Bouffant Bouffant, another Louisiana native, will be breaking away from his circuit of illegal warehouse parties, visual art galleries and leather bars to DJ at this festival. The local artist attended University of New Orleans and has been traveling across the States to play shows.

At this point, tickets to the two-day festival are on sale for as low as $175. Concertgoers can expect to see these prices rise as March approaches; and especially when the second and third portions of the lineup are published, ticket prices should jump higher and higher.

While many people complain that ticket prices are too high considering that BUKU only delivers two days of music, the first third of the festival lineup already has named about half of the top-tier headline artists performing.

For those left on the fence about whether to make the purchase, phases two and three of the BUKU lineup are expected to be released after Thanksgiving and New Year’s respectively. By then, tickets will be pricier, but it is likely that more headliners will sweeten the deal.