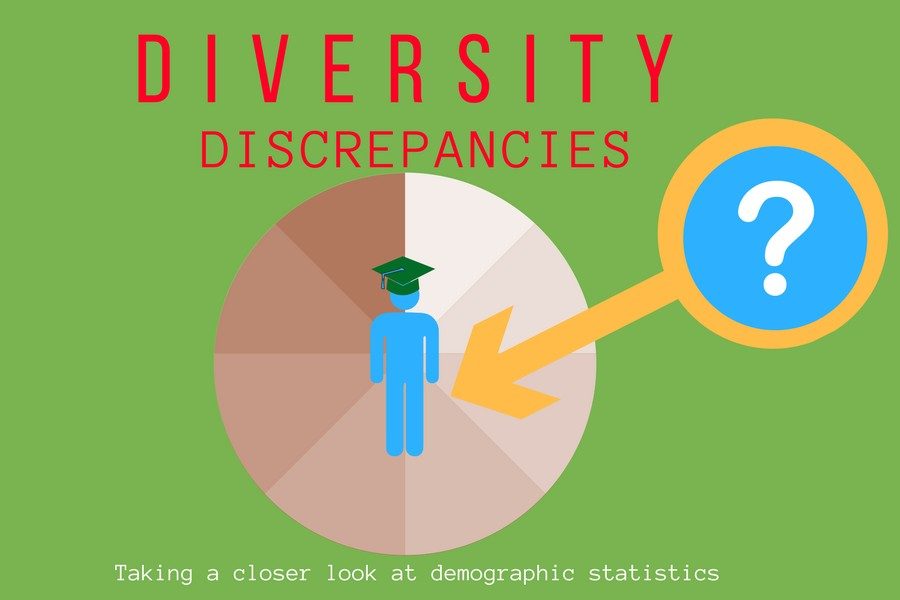 “I sit in a class of 80 people and I am able to count the number of people of color on my two hands,” Lauryn Hudson, a member of Tulane’s Class of 2021, said. “And sometimes I can count them on one.”

Though the Office of Undergraduate Admission has made efforts to increase diversity, many students said they believe Tulane’s campus still is not diverse. This diversity issue, some say, might be easier to examine if Tulane’s demographic statistics were more transparent.

“If someone wants to know the ethnic statistics, a person has to go on a deep search through Tulane’s website, when this should not be the case,” Hudson said.

Some of this data can be difficult to locate simply because it is missing. The demographic percentages listed on the Office of Undergraduate Admission’s website for incoming freshmen in 2016, previously labeled as data for the Incoming Freshmen of Fall 2017, equal a total of 94.99 percent, leaving 5.01 percent of the student populated unaccounted for.

“We report based on categories set forth by the federal government through the IPEDS,”  Bradly Booke, assistant vice president for admission and retention initiatives, said.

It also means that for some students, an unnecessary dichotomy is created between native students and international students of color.

Additionally, the international category can often be conflated to be contributory to the university’s diversity data.

“There’re a lot of international students who are white but counted as students of color, and it’s just wrong,” sophomore Habby Wang said.

The Office of the University Registrar reports statistics to IPEDS, and the Office of Undergraduate Admission uses IPEDS’s guidelines. The percentages of each ethnic group for Fall 2016 undergraduates on the Registrar’s website, the Admissions’ website and IPEDS’s website do not match.

Even when the percentages of each ethnic group on each site are similar in some respect, there are differences in the data that cannot be accounted for by rounding.

“The data on the admission website is accurate unless you see something to the contrary,” Booke said. “We are currently updating our data, and this should be complete towards the end of this month.”

Narrowly-defined categories coupled with inconsistencies in reports have led some students to say that prospective students might find it disheartening to be unable to find concrete data about the number of students of color at Tulane. Some have also expressed worry about the way this data reflects Tulane’s recruitment and retention profile, and without accurate information to represent the demographics on campus, it might prove difficult to address the problems that students of color face, including representation and inclusivity.

“Tulane is not diverse, and it will be a lot easier to tell the truth on the diversity issue on campus instead of lying,” Hudson said. “This will prevent a lot of disappointment if they tell their potential students that fact and say that they are working on the issue of diversity on campus.”