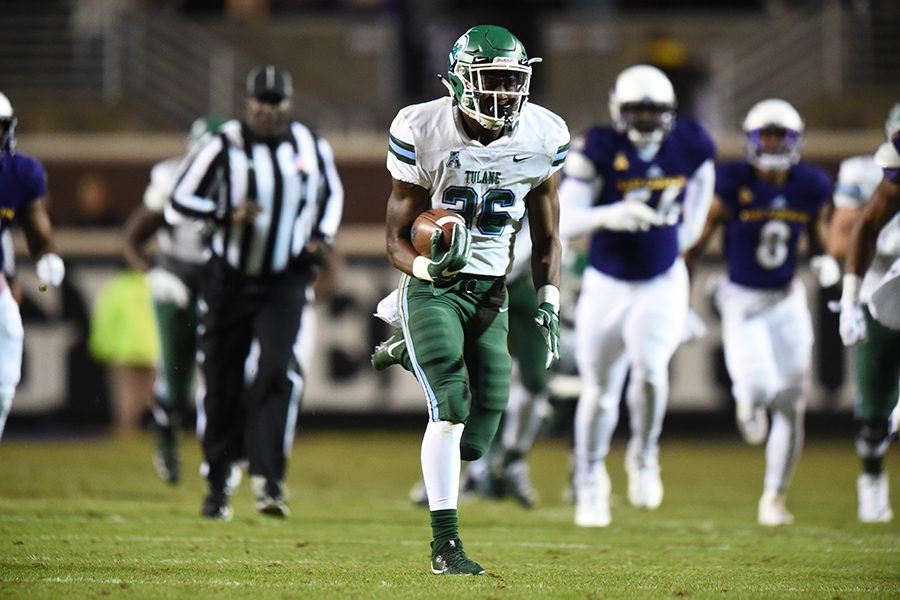 Well, that’s a wrap. After Saturday’s hard-fought loss to SMU, 12 games, five wins and seven losses will serve as the final count for Tulane football’s 2017 season. Some fans, however, feel like this should not be the case, as a controversial call at the goal line prevented a game-winning touchdown from senior quarterback Jonathan Banks.

From each replay angle that was presented, Banks seemed to carry the ball over the goal line while keeping both knees off the ground. But even after a replay review, the referees at Gerald J. Ford Stadium in Dallas ruled that Banks did not cross the goal line, giving SMU a 41-38 win and preventing Tulane from reaching bowl eligibility with a heartbreaking call.

While the outcome of this game is disappointing, fans should take the result with a grain of salt. Even SB Nation, a reputable sports news source, believed Jonathan Banks did cross the goal line and Tulane should be going “bowling.” Regardless, the Wave fought with more grit than we have seen all season, and it arguably should be heading to the postseason.

Thus, Green Wave fans should be proud of Tulane football’s play this season. Head coach Willie Fritz has most definitely brought change to Yulman Stadium, as the Green Wave finished with a better record and much better play calling in comparison to years past. Though there have been inexcusable losses, such as the loss to FIU, there have also been moments when the Green Wave challenged teams of high standing, such as Navy, South Florida, SMU and even — in the first quarter — Oklahoma.

In addition, several wins should be taken in with pride. The win against Houston was unexpected and shocking, as Houston was recently a ranked team. The hard-fought fourth quarter win against Army was also unanticipated. These, combined with a 62-28 blowout over Tulsa, leave Tulane fans with great hope for continuing success in the 2018 season.

We do not yet know Tulane’s full schedule for 2018, but we do know its non-conference matchups to start the season. The Green Wave will open its 2018 campaign with a home game against Atlantic Coast Conference member Wake Forest. The Demon Deacons have finished their 2017 regular season with a record of 7-5 and wins against high quality teams such as Boston College, Louisville, Syracuse and ranked North Carolina State. With this in mind, Wake Forest will be a difficult way to open the season, and a Green Wave win here would come as a surprise.

Following these two easier matchups, Tulane will travel to Columbus, Ohio, to play the Ohio State Buckeyes. I will not even go in-depth into this matchup, as there is simply no point. A win here would require divine intervention — or the intervention of the ghosts of Tulane’s 1934 Sugar Bowl-winning team.

Simply put, this season will not look that great in the record books, but it should be seen as progress. Tulane arguably should be finishing 6-6 and going to a bowl, even though we see 5-7 in the books. In continuation of last year’s season, this was one of gradual progress. Little by little, Tulane football is, in fact, improving. Green Wave fans should stay tuned, as with this gradual progress, a bowl appearance is nothing less than inevitable.