Beignet Fest racks up the dough for a good cause 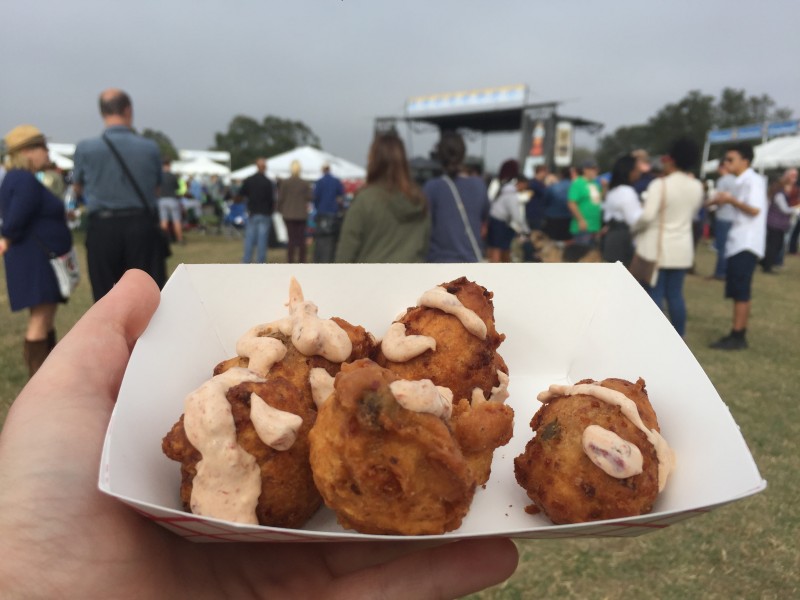 Beignet Fest brought together all the doughy goodness of the Gulf Coast to New Orleans. Vendors and attendees came from all over last Saturday

Any Tulane student who opened Instagram last Saturday to find endless colorful and aesthetically-pleasing photos of girls holding fried dough with the caption, “Beign-yay!” knew there was something special happening.

Many people gathered to enjoy several variations of a loved New Orleans staple food at the annual Beignet Fest held on the City Park Festival Grounds. Ever since the event was postponed from its original Oct. 7 date due to Hurricane Nate, patrons had been eagerly awaiting it.

More than a dozen vendors were selling everything from super-sweet oreo beignets to hearty and savory hamburger beignets. Luca Eats and Howlin’ Wolf Den had long lines as people were eager to try their award-winning beignets from last year’s festival.

“My favorite part was trying a new beignet that I’ve never had before — an Oreo beignet,” freshman Serena Matriano-Lim said. “I was a little skeptical at first, but it was actually really delicious.”

Other vendors took innovative approaches with dishes such as the beignet fries at Cafe Maspero, combining two of the most greasy and scrumptious foods into one.

The beignets could even be paired with other New Orleans classics, like jambalaya sold at Jambalaya Girl and snoballs from SNO-LA. Some dishes, like the beignet snoball, even merged some classic crowd favorites.

Live music was playing all day to set the mood for the event. Featured artists included singer-songwriter Eric Lindell and the One Love Brass Band with some classic New Orleans brass music.

With any good festival also come tents with free stuff, and Beignet Fest was no exception. If you were lucky, after walking through the tents you could walk away with shades for the summer, pens for the school year and even must-have holiday headband boppers.

Beignet Fest was created to benefit children with developmental delays. Proceeds from the event went to the Tres Doux Foundation, an organization that makes grants to nonprofits serving these children. At last year’s festival, more than $25,000 was raised for the cause.

This Saturday marked the second successful Beignet Fest in New Orleans. The festival will continue to bring new and exciting beignets for people to come together and enjoy. Matriano-Lim looks forward to seeing what new ideas the festival will have in years to come.

“I do think that I will go back next year to see all the new combinations of flavors for beignets,” Matriano-Lim said.