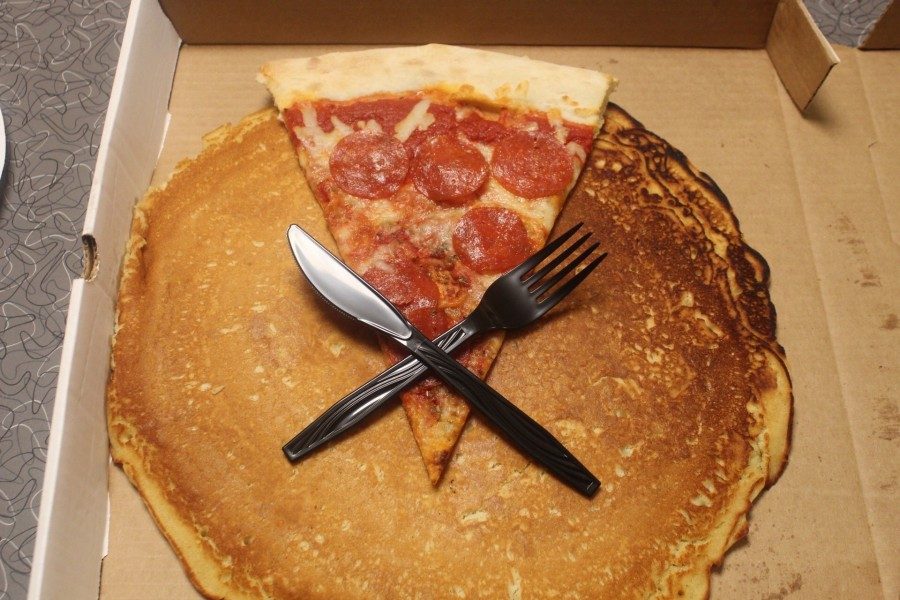 The greatest battle of the 21st century plays out right on Tulane's campus. Drunk students must decide whether they want Boot Pizza or CD pancakes.

Cain versus Abel. Hamilton versus Burr. Batman versus Superman. Bruff versus Luff. Donald Trump versus Twitter. Throughout human history, momentous conflicts such as these have shaped the world. And now, at the heart of America’s most boujee “party” school, the next decisive battle rages stronger and fiercer than ever.

At Tulane University, debauchery is an extreme sport. Tried-and-true campus pastimes include drinking, smoking, tailgating and belittling Loyola, but all students can agree that the first two are by far the most prevalent. Accordingly, every college kid needs somewhere cheap and greasy to eat when the munchies set in – such as The Boot Bar & Grill or City Diner.

When it comes to drunken cuisine, The Boot’s world-famous pizza is unparalleled. Bringing to the table a succulent combination of oozing melted cheese, rich tomato sauce and crispy oven-baked crust so extraordinarily fulfilling it would reduce Gordon Ramsay himself to tears, Boot pizza is the premier late-night option for drunk and sober students alike.

Many Boot pizza first-timers claim to experience the world in a fundamentally different way afterward. Multiple subjects have reported seeing colors more vividly, benefitting from enhanced senses of hearing and smell and finally appreciating Pixar’s “Ratatouille” for the sociocultural masterpiece it is.

In one special case, an individual allegedly achieved nirvana right then and there, ascending straight into the next plane of existence. For a mere $3.50 — or $4 if you’re a big spender and prefer pepperoni to cheese — you too can experience the wonders of Boot pizza.

Conversely, seekers of more diverse cuisine are familiar with The Boot’s No. 1 competitor: City Diner. Not only does The Boot’s arch nemesis feature a wider variety of menu options, but its atmosphere differs drastically. Rather than the unrestrained hyper-social chaos of the Boot, City D exemplifies the quieter aspect of Tulane nightlife, the comedown. Patrons are free to sober up, nurse hangovers, throw up in the bathroom or even study for upcoming tests in a relatively muted environment.

Additionally, City D offers its infamously oversized pancake, a delicacy larger than Kanye’s ego and flatter than Keanu Reeves’ acting. Once soaked in trademark goopy syrup, the pancake quickly morphs into a sweet and soggy concoction. Though unhealthful, it’s indubitably a prime choice for any ambitious, particularly ravenous debauchees.

Tulane students are deeply, fiercely divided over their preferred drunken cuisine. While Boot Pizza remains the go-to option for revelers before, during and after going out, City Diner’s menu is the ideal stop for students both sober and smashed. Stay tuned for the conclusion to the climactic battle.