Marijuana has come under attack in 2018, and there does not appear to be an end in sight for both recreational and medicinal users. 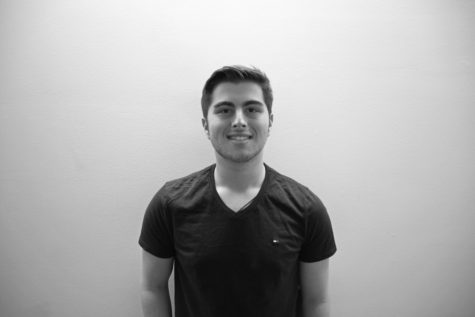 On Jan. 4, Attorney General Jeff Sessions rolled back policies the Department of Justice put in place under the Obama Administration. In doing so, he initiated what will become a growing conflict. The repeal gives new powers to federal prosecutors, enabling them to aggressively enforce federal drug laws regardless of whether the drugs are legal in their respective states and municipalities.

These new developments at the Department of Justice are misguided and frustrating because they may adversely harm those seeking safer medical alternatives and cause increased conflict between the states and the federal government.

Conflict may become especially prevalent in liberal cities located in conservative states like Louisiana. According to the Pew Research Center, close to two-thirds of Republicans oppose legalizing marijuana use. This trend could possibly result in the appointment of more conservative prosecutors, causing more issues thanks to their newfound powers.

The scope of these new policies could drastically hinder the medical marijuana sector as well. The enforcement policy may hinder the growth of development for the medicinal substance due to the perceived volatility of the industry, along with an uncomfortable level of uncertainty for investors both in the private and public sector. Despite the new risks of federal intervention, however, Louisiana has continued its progress toward the supplying of medical marijuana.

New Orleans could be hit especially hard in comparison to the rest of Louisiana because of its relatively laissez-faire attitude toward cannabis. Last year, the city passed a law softening marijuana possession laws and enabling officers to issue more citations as opposed to arresting nonviolent drug offenders. The moves New Orleans has made toward decriminalization are a step in the right direction, and the rollbacks put the city’s progress in jeopardy.

It is no surprise that Attorney General Sessions made this move considering his views on the matter. Sessions has been a staunch critic of marijuana legalization, going so far as to conflate the growing heroin epidemic with marijuana.

“I am astonished to hear people suggest that we can solve our heroin crisis by legalizing marijuana – so people can trade one life-wrecking dependency for another that’s only slightly less awful,” Sessions said during a speech in Richmond, Virginia, last March.

What is truly astonishing is not the suggestion of legalization, but instead the absurd comparison made in earnest between the level of dependence felt by those addicted to opioids and that of marijuana users.

Moreover, the National Council on Alcoholism and Drug Dependence, the leading drug and alcohol dependence advocacy group in the world, concedes that while marijuana should not be wholly legal, it should be available as a controlled medical substance. The group finds that its medical uses outweigh the proposed risks it may pose to one’s overall health. Therefore, it should be considered closer in relation to prescription drugs than to a dangerous drug like heroin. Hopefully federal prosecutors will listen to informed organizations like NCADD and ensure the safety of medical marijuana for those seeking THC-based medical alternatives.

This is an opinion and does not reflect the views of The Tulane Hullabaloo. Jonathan is a sophomore at Newcomb-Tulane College. He can be reached at [email protected]