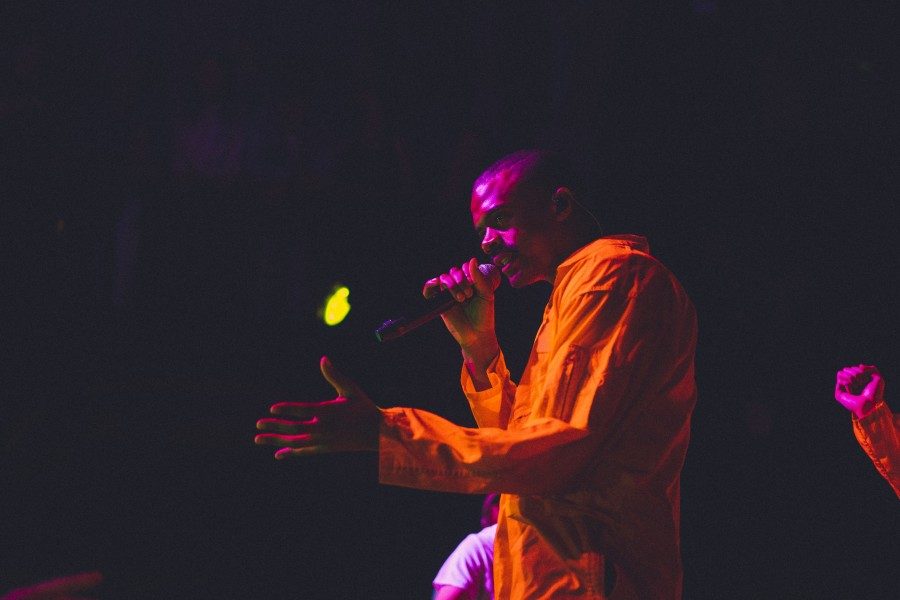 In the post-One Direction era of music, the term “boy band” has expanded to include a wider range of genres, subject matters and people. As a boy band for the internet age, Brockhampton, comprised of 14 members, fully embraces this identity. The group kicked off its second tour, “Love Your Parents Tour – A Live Experience,” in December 2017, touching down in New Orleans this past Monday. Doors at the House of Blues opened at 7 p.m., and fans piled into the intimate venue.

Best boyband since one direction

In the moments leading up to the first song, the audience teemed with anticipation. When the boys finally came out, clad in their signature orange jumpsuits, that excitement transformed into a roar of whooping and applause.

With so many bodies onstage, it can be all too easy to overwhelm the crowd. Yet somehow Brockhampton managed to appear harmonious as a group, while still distinguishing between who was rapping what and who was where on stage, all with the buzzing energy one would expect from a horde of guys in their very early twenties. This energy resonated with the audience, which opened the first mosh pit of the night less than ten minutes into the show.

Over the course of the night, Brockhampton performed songs from multiple albums, excluding its very first mixtape, “All-American Trash.” Tracks from its album trilogy, “SATURATION I,” “SATURATION II” and “SATURATION III,” the latest released in December 2017, bumped through the jumping bodies in the audience. Crowd favorites such as “BOOGIE,” “JUNKY” and “ZIPPER” echoed off the House of Blues walls.

Brockhampton’s lyrics are frank, the group’s personalities are charming and, as a whole, its social media presence is booming.

Though this is only Brockhampton’s second tour, it has gained considerable popularity, especially over the last year. The seemingly exponential rise to fame could in part be credited to the group’s Viceland documentary series, “American Boyband,” which chronicles its journey behind the scenes on its first national tour. The sudden popularity may also have to do with the cavity in music many listeners had not realized existed until Brockhampton filled it.