Trio of juniors shine for swimming in the Lone Star State 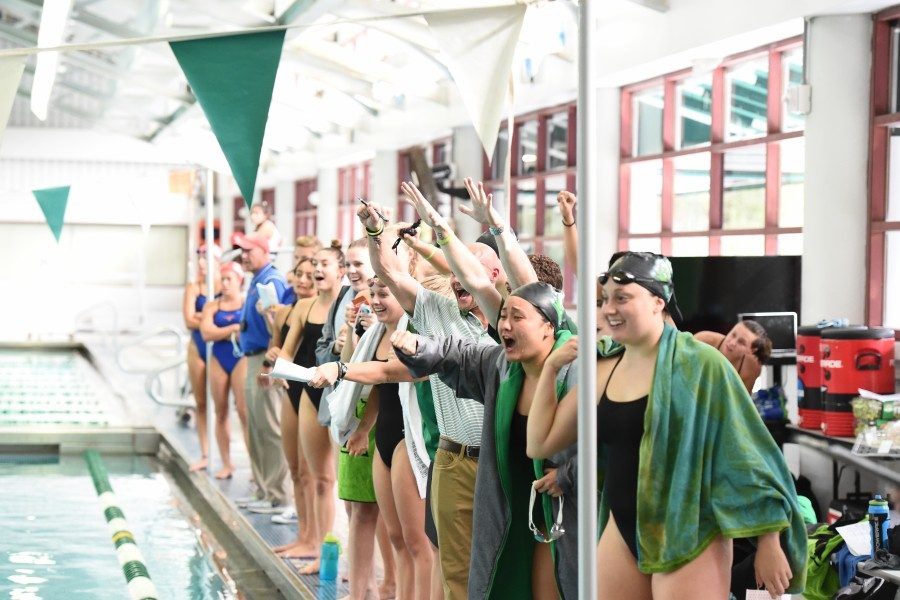 Tulane's swimming and diving team members cheer each other on at a recent meet. The women's team will compete at the American Athletic Conference Championship, beginning Feb. 14 at Southern Methodist University in Dallas.

Tulane women’s swimming and diving finished its lengthy regular season this past Friday and Saturday at the Houston Quad Meet on the campus of the University of Houston. Though the team was defeated by opponents LSU, Rice and Houston, it did compile an impressive six top-five finishes and several records. Led by a trio of juniors, the team is ready to continue the success of this weekend in February’s American Conference Championship and beyond.

Junior Paris Zhang led the Green Wave on both days of the meet. Zhang finished second in both the 100 back and 100 free, and she provided Tulane with a much needed score boost.

In addition to Zhang’s performances, Tulane scored well under junior Lena Hayakawa, who finished third in the 200 breast on Friday. She continued her success on Saturday, finishing fifth in the 100 breast.

The Green Wave claimed additional achievement under the wing of junior Shelly Zelnick. Zelnick finished sixth in the 200 free on day one and eighth in the 200 back on day two.

Now that the regular season has come to a close, the Green Wave will take time to rest up and prepare for the upcoming American Athletic Conference Championship at Southern Methodist University in Dallas. The meet will commence on Feb. 14, lasting a whopping four days. Although this is a co-ed meet, Tulane will only be participating in the women’s events. The team looks to do well in the tournament and, following its closure, seeks to improve in its following season.