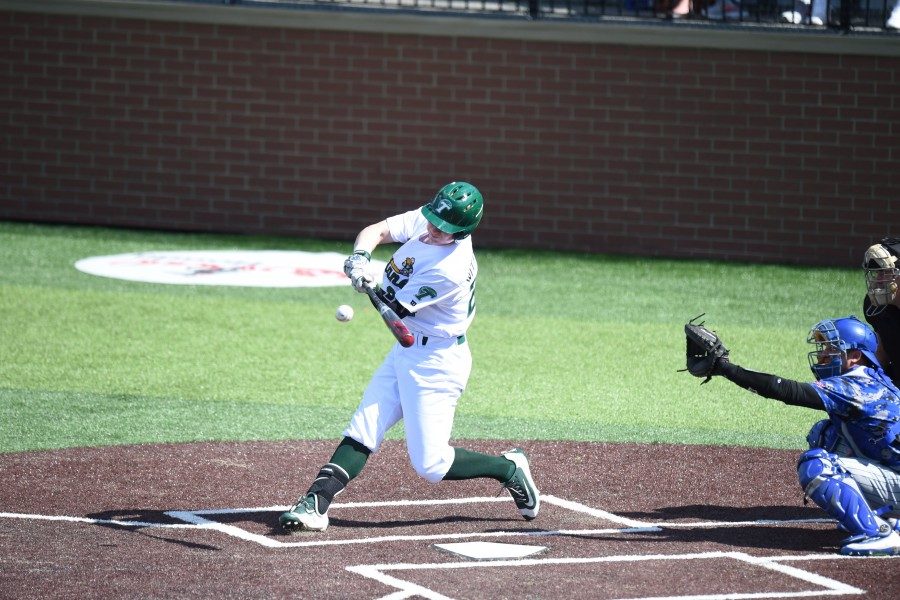 Tulane baseball looks to start strong after a slowdown last year. The team opens against Wright State on February 16th.

With almost a week to go before the start of the season, Tulane baseball coach Travis Jewett has quite a bit on his mind. Perhaps the most important of those things will be choosing a starting lineup.

The Green Wave added 21 new players to the team this season, including 12 freshmen and nine transfer players. After finishing 27-31 last year during Jewett’s first season as head coach, a massive number of athletes were lost either to graduation or to the draft, leaving Jewett with numerous spaces to fill. Many of these players were consistently in the starting lineup each game, so Jewett has been taking his time during practices to carefully craft a new order.

“We’re evaluating everything from your performance to your hustle to your spirit … we’re trying to put the best team out there,” Jewett said.

Lost last year were three of Tulane’s four best hitters, as well as its six best home run hitters. A total of 61 home runs were hit by now graduated players, while a total of seven were hit by players who return this season. Five of those belong to junior Grant Witherspoon, Tulane’s top returning batter who was named to the preseason all-conference team.

“Spoon’s gonna play every day …,” Jewett said. “I would anticipate that for sure.”

Witherspoon is one of only three position starters returning for the Green Wave, the others being sophomores Sal Gozzo and Kody Hoese. While players will be fighting for a chance to play on opening day, there is also the question of who will be on the mound.

The team is bringing in five new freshman pitchers, as well as multiple transfers, who will compete with returners Chase Solesky, Brandon Issa and Keegan Gillies. Tulane only had three pitchers with an ERA under 5.00 last season. With many new pitchers in the mix, there has been much competition to see who will be on the mound, both at the beginning and end of games.

“There’s a lot of competition still, which is a good thing …,” Jewett said. “The best organizations or teams I’ve been a part of, they all have competition from within, and that goes for any team or great organization, that leads to the ability to strive for eliteness.”

Tulane’s sub-500 season last year was a disappointment to many after the high expectations left behind by former head coach David Pierce, who took the head coaching job at the University of Texas after leading Tulane to an AAC title. The past season was Tulane’s worst since it joined the AAC.

In addition, with many players gone, Jewett may certainly be feeling the heat. In his time as an assistant coach at Arizona State and Vanderbilt, however, Jewett was known as a top-tier recruiter. With such a large class, it’s quite likely that many of the holes from last season will be filled quickly. While Jewett spoke in extensive detail about many of his new players, he continued to shift back to his returners, expressing great confidence in them.

Tulane baseball will open its 2018 season on Feb. 16 at home against Wright State University.