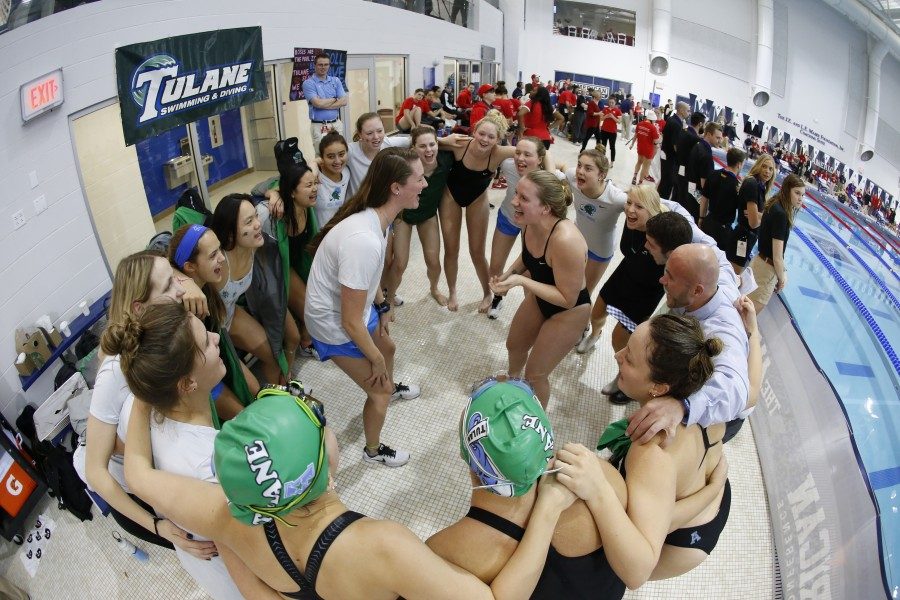 Tulane’s swimming and diving team finished its season in stride this past weekend at the American Athletic Conference Championships in Dallas, Texas. Overall, the team took fifth place with 401 points and six medals.

The Wave continued building momentum into the second day of competition. Junior Shelly Zelnick set a school record in the preliminary round of the 200 meter individual medley, finishing with a time of 2:00.03. She went on to place fourth in the finals of this event, falling just short of a medal but leading Tulane for the night. In addition to Zelnick’s success in the 200 IM, Tulane’s 200 free relay team finished fifth with a time of 1:32.32.

Day three of the AAC Championship was by far Tulane’s most successful. Sophomore Olivia Johnson had Tulane’s highest overall finish of the championship with a silver medal in the 400 IM. Johnson broke her own school record in this event, ending with a time of 4:11.98. Kaitlin Simpson followed up with a medal of her own, earning a bronze medal in the 100 fly. The 100 back was also a successful event for the Green Wave, as Paris Zhang claimed another bronze with a time of 00:54.27.

Tulane earned two more medals on the final day of competition behind Olivia Johnson and Shelly Zelnick. Johnson earned a bronze in the 1650 free, finishing with a time of 16:32.87: the second-fastest in school history. Zelnick continued her earlier success in the championship by capturing the bronze in the 200 back. The junior’s time of 1:57.42 tied her own school record set in the 2016 AAC Championship.

Overall, the Green Wave ended on a high note with this swimming season finale. Though this was a “year of ups and downs” according to coach Katie Robinson, the team ultimately pulled together, earning a hard-fought and well-deserved fifth place finish.