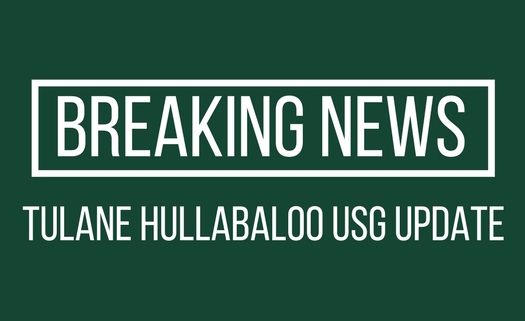 Just 56 minutes before its forum began, the Progressive Voter Coalition was disbanded by the Awards and Elections Committee.

AEC is an Undergraduate Student Government committee that regulates and certifies USG elections. The PVC is a group of progressive student organization leaders who hold a forum and endorse USG Executive Board candidates. This year the group has been prohibited from endorsing anybody due to an AEC infraction.

BREAKING NEWS: The USG Awards and Elections Committee moved to disband the Progressive Voter Coalition, due to a PVC co-head’s conflict of interest in a candidate’s campaign. More to follow.

The co-heads of the PVC deny the incident occurred.

The AEC by-laws state that a coalition may be disbanded if, “a coalition has been created with the sole purpose to endorse a specific candidate/multiple candidates.” In order to respect privacy, the AEC has chosen not to release the names of who reported the incident or who it was about.

The AEC responded to the report on Wednesday night. It met that evening and the next morning to discuss its response.

“Since we knew the notice would not be in a timely manner, we still wanted to allow the student forum to occur to give organizations [the opportunity] to hear from the candidates,” DiGregorio said. “We wanted to make sure this was in fact a well thought and meaningfully intentioned decision.”

USG Senators Uddin and Christina Krisberg and Freshman Leadership Program Coordinator Simran Jain were the co-heads of the PVC. They were alerted of the infraction at 4:34 p.m before their scheduled meeting at 5:30 p.m.

The group of progressive students were still allowed to meet and interview each executive board candidate but were prohibited from endorsing candidates.

Jain, Uddin and Krisberg took over the four-year-old coalition this year. In its first year, the PVC met to endorse candidates and last year they distributed a questionnaire. This year’s co-heads wanted to combine the two functions. They said that when trying to clarify how to register the coalition and reach out to candidates, they were met with ambiguity and indifference from the AEC.

“I don’t think any of us expected this to happen by any means, we followed the rules by the book,” Jain said. “From start to finish, [the AEC by-laws] have been extremely restrictive… whatever it took to make sure this would not happen, we took all the proper precautions.”

The co-chairs said they felt that the sanction was an affront to progressive organizing.

“There’s no clearer definition of gatekeeping and supremacy than that, what just happened…,” Uddin said. “We were trying to band together as a group of small organizations that don’t have large membership… And members of large organizations, who have had the power of endorsing candidates to a bigger group of students, deny us the very power they’ve always enjoyed.”

DiGregorio stated that the sanction was strictly procedural and not at all related to the goals of the PVC.

“This is not a matter of a personal disagreement with the PVC or its values,” DiGregorio said. “This infraction is not a question of opinion. We are following procedure and there is a clear infraction of procedure. We welcome critiques of the process and look forward to hearing everyone’s input into the operational value of the bylaws.”

USG President Sam Levin re-wrote the AEC by-laws last Nov. to prohibit coalitions. With the feedback of senate members, he went on to amend them to allow for coalitions with specific provisions, which was passed in Feb. In 2015, as a senator he proposed legislation to prohibit all student organizations except for school governments from endorsing candidates.

The by-laws now state that coalitions can form if they register beforehand and reach out to every candidate. The AEC is allowed to rescind a coalition’s status if they are aligned with a political party, created with the intention to endorse a specific candidate or candidates or is discriminatory.

The co-heads said they felt Levin’s history with the legislation and power as USG President affected the infraction.

Levin said that he fully backs coalitions and their creation.

“My opinion about coalitions has changed over the last few years,” Levin said. “I support the formation of coalitions and that’s why I decided to add them into the bylaws.”

The co-heads plan to seek an appeal from the Judicial Council and work to have the AEC by-laws changed in the future.

As it is no longer a recognized coalition, the progressive students said they wish that students continue reading their questionnaires, despite the fact that they cannot endorse anybody.

Correction: A previous version of this article named the AEC Chair as Carrie Gregorio. Her name is Carrie DiGregorio. We apologize for the mistake.