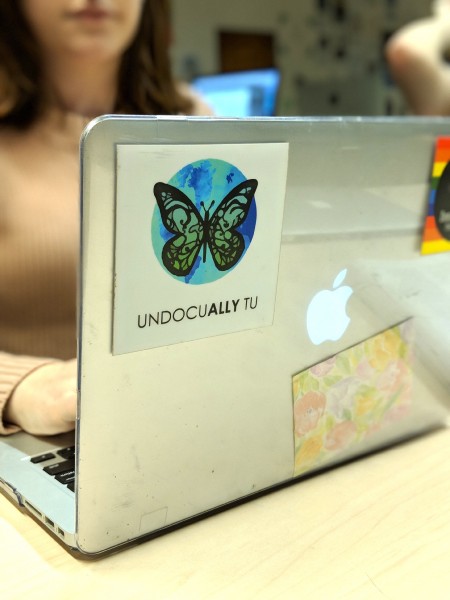 A student posts an UndocuAlly TU sticker on her laptop, supporting undocumented students on campus. The Undocumented Student Support Committee pushes for visibility and advocacy on campus.

Tulane junior Patrizia Santos said she felt frustrated with the university services for international students before the addition of an immigration lawyer position at the Tulane University Legal Assistance Program.

Santos got her green card and became a permanent resident of the U.S. last year. She said her main source of support was from the Office of International Students and Scholars. It mainly provides services for students with student visas, F-1 or J-1 visas, which were not helpful in her situation.

Her sense of support from the university shifted after the Undocumented Student Support Committee began implementing programs related to immigration.

After Donald Trump was elected president in 2016, several faculty and staff members came together to discuss how to protect vulnerable students from Trump’s potential initiatives. They broke up into different committees to tackle specific issues.

We need to be smart, vigilant and tough. We need the courts to give us back our rights. We need the Travel Ban as an extra level of safety!

That's right, we need a TRAVEL BAN for certain DANGEROUS countries, not some politically correct term that won't help us protect our people!

The Justice Dept. should ask for an expedited hearing of the watered down Travel Ban before the Supreme Court – & seek much tougher version!

The travel ban into the United States should be far larger, tougher and more specific-but stupidly, that would not be politically correct!

They had three main goals in mind – creating a liaison group to have people trained to know what DACA was, holding campus-wide trainings for students, staff and faculty, and hiring an immigration attorney at TULAP.

“Legal consultation can be very expensive, and immigration law is very volatile,” Castañeda said. “It’s always changing, and you always have to be up to date. The law in general is very difficult to understand even when you’re just trying to read and educate yourself. So to have access … as an immigrant or undocumented person is extremely important, especially if the university really values diversity and inclusion.”

Many universities, including Loyola University of New Orleans, have immigration attorneys or clinics. The Committee founders, however, had difficulty getting support from the Tulane President’s Office to create the position.

Ralston said that coalition-building was the key to their success. They built partnerships across the Tulane community, like in the Admissions Office, Undergraduate Student Government and the Graduate and Professional Student Association. Efforts from the Office of International Students and Scholars, International Partners Outreach Group and TULAP were also integral in pushing for the addition of the TULAP immigration attorney.

On Feb. 19, Marco Balducci began as the inaugural TULAP immigration attorney. Santos immediately scheduled an appointment with him. She asked specific questions about speeding up her citizenship process and ways for her mother to come to the U.S. from their home country, Venezuela. 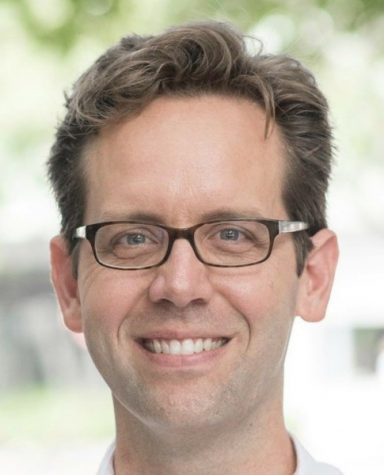 Courtesy of Marco Balducci Marco Balducci moved from San Francisco to work for Catholic Charities Archdiocese of New Orleans in 2007. He was hired by TULAP this year.

Santos said she believes the TULAP immigration lawyer fills a large gap for international and noncitizen students. Balducci said he agrees and added that his schedule filled up very quickly. He does not have an open appointment for a month.

Balducci began practicing immigration law 10 years ago as a way to use his law degree for public service. He said his mentors and religion steered him in this direction. His social justice interpretation of Catholicism led him to join the Catholic Legal Immigration Network with the Catholic Charities Archdiocese of New Orleans.

He represented immigrants in a variety of situations from deportation proceedings to survivors of crime, especially sexual assault and domestic violence.

He continues this work with his private practice, Pelton and Balducci. He broadened his legal scope to include family immigration, federal litigation and representation of immigrant artists and nonprofits.

He said he is enjoying helping the Tulane community and has respect for the Undocumented Student Support Committee. He believes that by creating this position, Tulane sends a powerful message that immigrants and non-citizens are welcome here.

Santos said she has a greater sense of security on campus with his presence. She said the TULAP immigration attorney expresses the values of the Tulane community.

The original version of this article neglected to mention by name all of the organizations and offices that worked alongside the Undocumented Student Support Committee to advocate for the addition of a TULAP immigration lawyer. The new position, now filled by Marco Balducci, was added as a result of organizing efforts from a coalition, which includes the Undocumented Student Support Committee, the Office of International Students and Scholars, the International Partners Outreach Group, the Undergraduate Student Government, the Graduate and Professional Association and the Tulane Legal Assistance Program. The Hullabaloo regrets the initial exclusion.