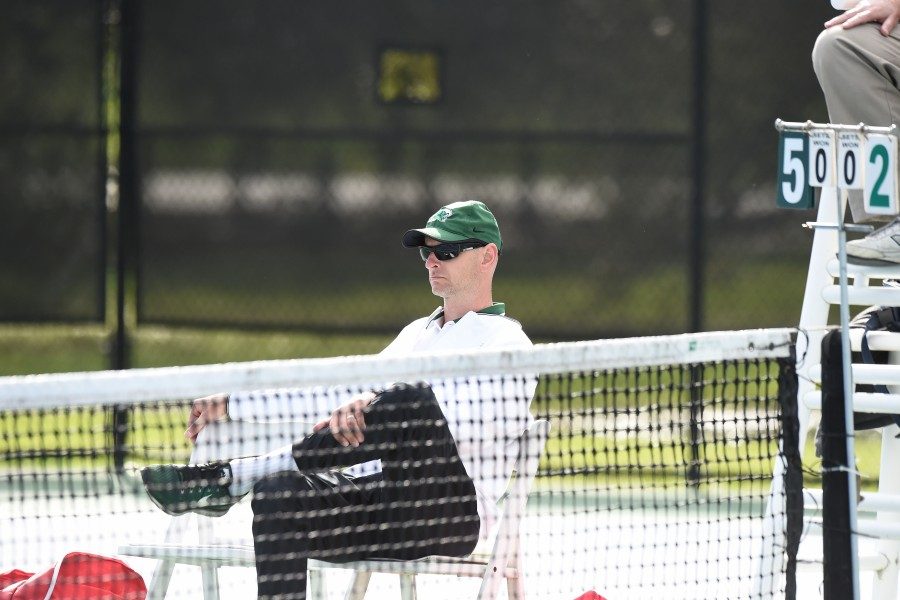 Tulane men’s tennis swept its home triple header last Friday, bouncing back after dropping the past two matches. The team toppled Michigan State University once, 7-0, and Alcorn State twice, in 7-0 and 6-0 shutouts.

The Wave failed to drop a single set during the entire triple header, resulting a perfect score of 5-0 in doubles and 20-0 in singles. This gave the team an early advantage over the Michigan State Spartans with a doubles point victory from a 6-0 shutout from junior Tyler Schick and sophomore Luis Erlenbusch. This was followed by a 6-2 win from senior Constantin Schmitz and sophomore Ewan Moore. This winning streak continued throughout the tournament, leading the Green Wave to a perfect victory. Mark Booras, head coach of the Green Wave, said he is quite excited about the team’s direction.

Booras has served as men’s tennis head coach since 2009, and he was named director of tennis this past September. He has effectively rebuilt Tulane’s team from its former struggles, coaching the team to a winning record each season since his first year. After a post-Katrina record-breaking 19 dual match wins last season, the team has upped the ante with a spring schedule that will bring it face to face with 10 teams that went to the NCAA tournament last year.

“Nine seasons ago, we did not have a team all, so we started from scratch and watched the team get stronger every year,” said Booras. “In the last three years, we’ve been in the top 25 each year. To see the fruits of our labors, the hard work of the first four or five years, and now the guys are putting themselves out there to compete on the national scale.”

Tulane is currently ranked No. 34 nationally, having peaked at No. 20 earlier this season. Schmitz and Moore are nationally-ranked in singles, No. 15 and No.77 respectively, and the pair of Schick and Erlenbusch is ranked nationally in doubles at No. 80. The team’s current record is 9-5, and it is working to continue its current win streak.

“The sky’s the limit for us,” said Booras. “We’ve been consistently top 25. In the future I’d like to be consistently in top 15 or top 10, and then as we continue building the program, getting top five, or even better, winning a national championship. I think that Tulane is a place that can attract the right kind of student athlete that will allow us to be successful both on and off the court, so I don’t see a ceiling over us.”

Men’s tennis will continue its season against Auburn University this Thursday at noon and next week on March 21 against LSU.