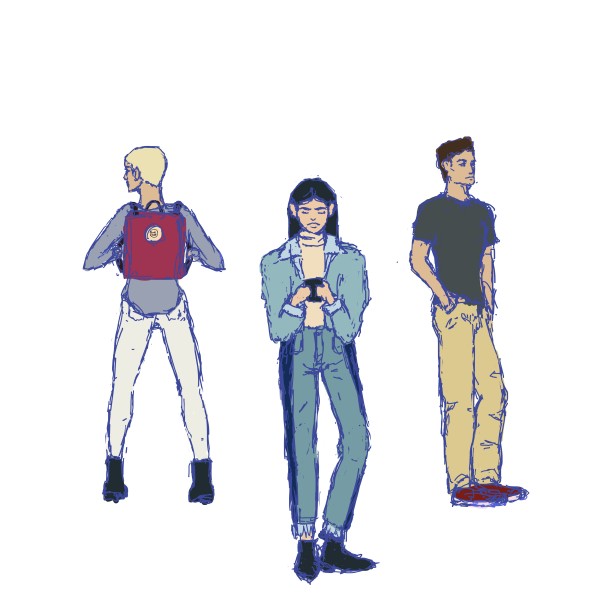 In the spirit of New Orleans Fashion Week, which runs March 18-24, The Hullabaloo has named some of the most recent, noticeable trends on campus and whom you can find wearing them.

The Swedish bags swept over hip American youth a few years ago, and somehow, by a miracle of God himself, were not just a passing fad. Their popularity rose and then plateaued as a lasting staple, especially among college and high school students. The Kanken backpack is synonymous with the artsy kids of 2016 (not to be confused with the art hoe movement) known for their curated Instagram accounts showing off green plants, mustard yellows, 16k followers and Copic markers.

Though Dickies have always been a common pant brand, the normcore punk movement has reclaimed the brand as its own. Much like the emo middle schoolers of 2011 who transformed into today’s most coveted makeup artists and Twitter famous moguls, the soft grunge Tumblr users have metamorphosed into the modern-day Pabst Blue Ribbon-drinking normcore punks. If someone’s ex-boyfriend’s best friend’s lover is playing post-ambient alternative noise at a secret house show, expect to go and spy a sea of black and navy blue Dickies swaying to the static.

The most basic, mediocre combination since The Chainsmokers. And much like The Chainsmokers, it technically fulfills its purpose. In the same way that they do indeed make music, the lightwash denim jacket and cream-colored turtleneck are indeed clothes that can be worn on bodies at the same time. Essentially, this getup is the clothing equivalent of a drawn-out yawn. Usually the first question I pose to a person walking down McAlister who sports this outfit is, “What sorority are you in?” Upon another glance at the combo, my second question is, “Why?”

Tear away jeans or pants:

These pants are bold. And the people who wear them are onto something. The ease with which one can remove tear-away pants is astounding and, dare I say, brilliant. I respect it.