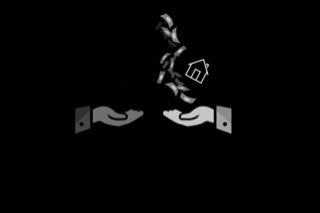 Speaking at an event late last month, Mayor Mitch Landrieu discussed a recently-published study from the Keen Independent Research Foundation, which involves 5,000 local businesses and a review of city contracts. The study, as quoted from its website, highlights disparities in the availability of city contracts and loans to businesses and how this disparity correlates to owners as people of color.

The study, in its 12-page appendix, 400-odd-page glory, emphasizes a point which, to many people, is already common knowledge. Minority businesses enterprises (MBEs) are showcased in the study to be more likely to have difficulties in receiving loans or city contracts, a problem that must change.

Too often, we talk about equity merely as an end in itself. It’s a worthy goal. We should always work to expand opportunity and be as inclusive as possible when doing business. Economic disparity in any community has cascading negative impacts that are felt by all.

A 2018 study found that only around 30 percent of businesses in New Orleans are owned by people of color. Additionally, while African-Americans account for 60.2 percent of the population in the city, only 22.6 percent of New Orleans-based businesses are black-owned. This disparity, before the rest of the data is unpacked, already seems to suggest that New Orleans’ private sector is unevenly stacked against people of color. This is also demonstrated by the city’s racial-wealth divide. The average annual income for black households in New Orleans is $25,806, while white households make $64,377.

Disparities in access to capital were also found in this study. Home equity is an important source of funding to start a business, and the study found that high-income black business owners were more likely to be declined for a conventional home mortgage than white business owners. Furthermore, loans for MBEs were denied at eight times the rate of white-owned businesses, and the loans received were, on average, one-quarter of the size. 42 percent of MBEs polled said they had experienced trouble receiving a loan, compared to seven percent of white-owned businesses.

Having less access to loans makes it more difficult for a business to properly get off the ground so it can begin to make a profit. If people of color are consistently denied loans, even while having high incomes and good credit, economic growth for minority groups will be stunted, resulting in even fewer MBEs.

Without a full embrace of inclusion, the business climate in our city will fail to meet its full potential. We are seeing throughout the world that companies and organizations see inclusion as a strategic growth strategy that yields significant dividends to their bottom line.

Local government contracts are a significant way for businesses to make a profit. As it stands currently, many MBEs have difficulty accessing or utilizing available contracts, which damages their potential to make a profit. Like loans, contracts help many businesses get off the ground. If MBEs do not have the same opportunities to start up their businesses as white-owned businesses do, they are doomed to fail.

The blame for the failure of MBEs largely falls on the city.

The fact that MBEs face these disadvantages is likely the cause of the low number of such businesses in New Orleans. Many people who may have started businesses may be deterred by the knowledge that they would have difficulty getting necessary loans, while others may have ceased to operate because they could not obtain a loan.

These discriminatory practices are harmful not only to people of color, but to the entire economy. A 2016 study by the Center for Global Policy Solutions estimates that the United States has lost 1.1 million potential businesses because of past and present discrimination. These ‘missing businesses’ would be estimated to provide nine million additional jobs and $300 billion in yearly income nationwide.

While these missing businesses are a sunken cost from an economic standpoint, the ones which we will continue to lose from discriminatory practices are not.

This is an opinion and does not reflect the views of The Tulane Hullabaloo. Shea is a sophomore at Newcomb-Tulane College. He can be reached at [email protected]