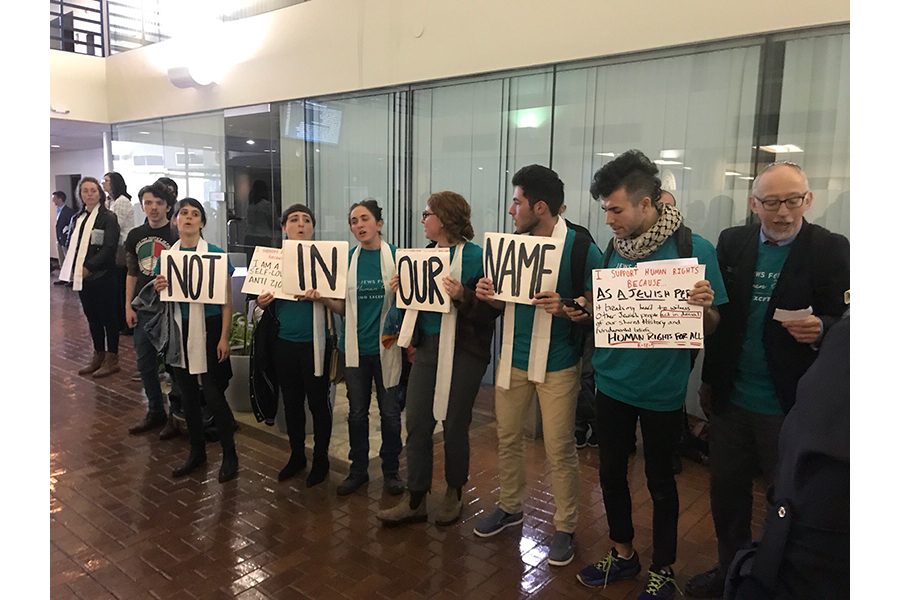 “The election happened, and I felt propelled to actually be engaged in doing organizing work and activism and doing something tangible with all of the anxiety, sadness and fear I was feeling,” Tulane senior Ashlee Pintos said.

For Pintos and other Tulane students, the 2016 election of Donald Trump was a sign they needed to do something for the community and engage civically. Determined to make change, many have ventured away from the elite campus in Uptown and into the world of local New Orleans organizing.

Pintos’ first move toward organizing involved helping bring people in the community together at Lee Circle the night of the presidential election in 2016. Since then, Pintos has solidified her role as an organizer by advocating for workers’ rights in the city through the New Orleans Hospitality Workers Committee.

“When we came here and started working here, we saw how the deeply ingrained institutional racism and exploitation in the hospitality industry is, and we decided we wanted to do something about it,” Pintos said. “And due to some of our politics and the way we were educated about organizing, we decided to create the committee to generate a workers’ movement using direct action and grassroots organizing.”

The New Orleans Hospitality Workers Committee was formed by a small subset of organizers from the People’s Assembly. Organizer Gabrielle Gemma and Malcolm Suber, a leader of Take ‘Em Down NOLA, served as mentors for the committee, helping it develop ways to push city council members to hear the concerns of hospitality workers.

Brought into the work through the Take ‘Em Down NOLA rally at Jackson Square his first semester at Tulane, sophomore Cliff Soloway works with two community organizations, Jewish Voices for Peace and People’s Assembly.

Jewish Voices for Peace seeks a just solution to the Israel-Palestine conflict and an end to violence against civilians in the territory. Through JVP, Soloway has pressured city council to pass Boycott, Divestment, Sanctions legislation to divest from countries like Israel that they believe commit human rights violations.

Soloway’s work with both JVP and People’s Assembly has given him a way to connect with those outside of the Tulane Community and contribute to an effort that can affect New Orleans.

“I am often frustrated by how much money Tulane University makes by marketing its location in New Orleans and how little money makes its way back into the community in a meaningful way,” Soloway said. “By tying campus activism into work off-campus, I have found that I can make a tangible change to this systematic inequity of resources and power.”

As a subset of The People’s Assembly, Pintos’ organization, the New Orleans Hospitality Workers Committee, also works to bring justice to those in the community who have been marginalized.

The New Orleans Hospitality Workers Committee’s most notable work deals with the challenges hospitality workers face when using public transportation, which many rely on to get to their jobs in the city. The public bus system is of special concern for working-class people in New Orleans as housing prices rise, pushing lower income households to areas on the periphery of the city and away from bus stops.

“It’s horrible. It’s unreliable. Sometimes the buses just never come. But the biggest thing we rallied around was that the majority of workers in the city can’t afford to live in the city,” Pintos said. “Young working-class people of color are vilified for not being ‘productive’ in society, but how can you expect someone to be productive if they can’t manage to have a job and go to school because they can’t get there?”

The committee has enlisted the help of Bill Quigley, a law professor at Loyola and the director of the Law Clinic, who has experience with social justice advocacy and can help the committee with the legal hurdles they may face.

“Every justice issue is immediately confronted by criticisms that the law supports the status quo,” Quigley said. “… I applaud the ideals of the group, and I know many, including myself, support them. Despite the challenges, I am confident they will prevail because they are right.”

When looking to get involved in organizing off-campus, Soloway urged students to consider how their identities and privilege affect both their interactions with native New Orleanians and contribution to various movements.

“Students who see the city as a place to invest their time without considering broader social conditions or existing organizational strategies do not provide benefit to efforts aimed at reclaiming and reallocating what has been systematically taken from the working class here by wealthy people,” Soloway said. “… we have to be careful about what assumptions we make when we enter activist spaces.”

Disclaimer: Cliff Soloway has previously contributed to The Hullabaloo.