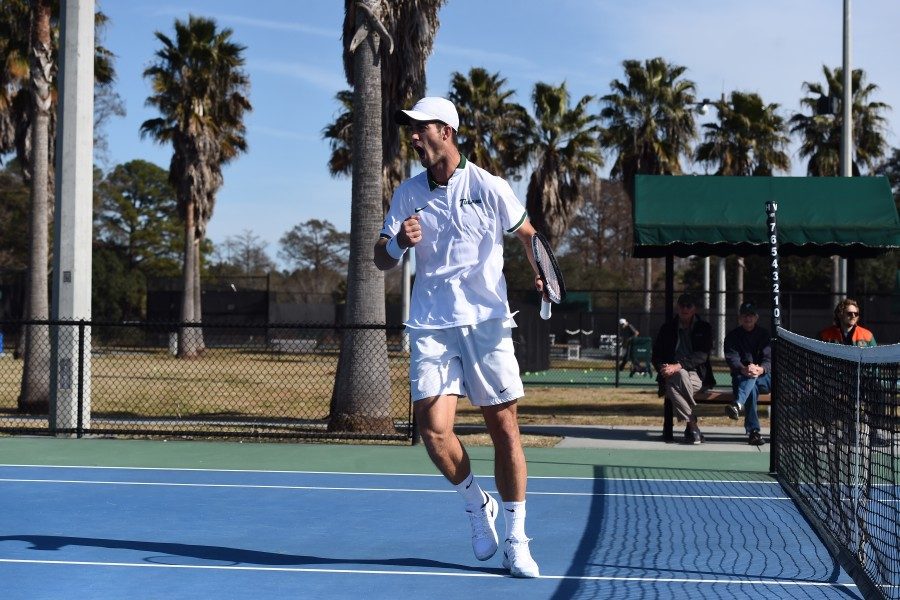 Tulane's Constantin Schmitz has proven to be quite the competitor this season. The senior now has eight AAC Player of the Week awards under his belt.

In the past week, Schmitz has remained undefeated in both singles and doubles matches. His efforts were key in Tulane’s most recent wins over Southern Methodist University in Dallas and No. 15 University of Texas in Austin.

At Southern Methodist, Schmitz proved dominant in both his singles and doubles matchups. His doubles victory with partner in crime sophomore Ewan Moore gave the Green Wave its first point in a 4-0 sweep of the Mustangs.

In Austin, the senior proceeded to dominate in both fashions once again. Schmitz, ranked No. 19 nationally in singles, defeated No. 60 Yuya Ito of the Longhorns in commanding fashion. This was Schmitz’s 10th win this season over a ranked singles opponent. The command did not stop here, however. Once again teamed up with Moore, the pair proceeded to drop the nation’s No. 4 doubles duo of Leonardo Telles and Rodrigo Banzer. These two wins were key to pushing the Green Wave to its 4-0 upset of Texas.

Schmitz and the rest of Tulane tennis now sit at a well-off ranking of No. 26 in the national poll. The team will have the opportunity to continue its winning ways next weekend at home. The Green Wave will begin play at noon Saturday against Rice University and conclude the weekend with a 1 p.m. matchup on Sunday with the University of South Florida.

These will be Tulane’s final two matches of the regular season, but with the seemingly unstoppable Schmitz, a postseason run of some sort seems nothing less than inevitable.