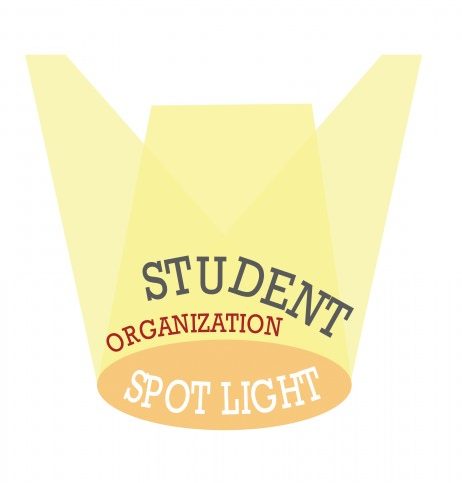 During the 2016-17 academic year, students hoping to start a club based on advocating for peace in the Israel-Palestine conflict went before the Undergraduate Student Government Senate to make its case.

Hillel International reports that Tulane is among the top 10 Private Universities by Jewish Population, with 27 percent of Tulane’s undergraduate student body identifying as Jewish as of 2015. This high representation is what led students last year to push for opening a dialogue they felt was not necessarily welcomed at Tulane.

“There are three active pro-Israel Zionist organizations as well as Hillel and Chabad, which obviously receive a lot of money and support from the university and are very integral parts of our campus life here,” sophomore Cliff Soloway said. “And we just didn’t feel like the other side of the equation, which is obviously equally as valid, is represented.”

Soloway, a political economy and sociology double major, is one of several students behind the club. After overcoming criticism and concern, Soloway and the club’s co-founders renamed the club “Students for Justice in Palestine” to better represent members’ interests. SJP was founded in 2001 at the University of California at Berkeley and now has about 170 chapters nationwide.

Today, the club has a growing membership and works with other clubs including Students Organizing Against Racism, Finding Intersectionality Together, and Sexual Aggression Peer Hotline and Education to co-program and forge progressive coalitions on campus.

Sophomore Ella Helmuth, SJP executive board member and co-founder, said she feels that these kinds of connections are integral to the aims of the club she and her fellow members worked so hard to start.

“To have this group of people that comes together and shares this view that can be met with a lot of hostility on campus … there’s something really empowering to be able to walk into a room and have all of these people who are not only organizing together but who either already were friends or who have become friends through this,” Helmuth said.

Still, the club’s members continue to be met with assumptions about their intentions, which has made it challenging for them to open dialogues with students.

Sophomore Amir Shalabi, SJP executive board member and co-founder, said that some students have called the club anti-semitic, an allegation he believes is unwarranted and “used as a tool to dismiss this side of the argument very early on without looking into it.”

“They were opposed to human rights accountability for all groups if it meant that Israel might be held accountable for the denial of Palestinian human rights.” https://t.co/t2UhySakdF

For Palestinian students, students who sympathize with the Palestinian struggle or students who are not decidedly on a particular side with regard to the Israel-Palestine conflict, SJP can, according to its members, provide a space to work through and negotiate complex questions of identity and occupation.

“There are a lot of people on campus who are excited to learn about it, and especially people who don’t necessarily feel strongly one way or another,” Shalabi said. “I think it’s very refreshing for them to see that both sides are being presented now.”

According to the New York Times, sympathy for the Palestinian cause has been rising despite a historical American solidarity with Israel. The Pew Research Center reported in 2016 that support for Palestine among millennials had increased from nine percent to 27 percent since 2006.

Tulane’s SJP members said they hope to capitalize on the growing awareness among students about the Israel-Palestine conflict, and to make Palestine a part of progressive conversations on campus.

“… It’s very difficult to reconcile progressive values and liberal values – which a lot of people on this campus hold so dear – with the actions of the Israeli government in the Palestinian territories and the history of occupation that’s gone on there,” Soloway said.

In broadening students’ understandings of the conflict, however, SJP members said they do not want to shut anyone down or make anyone feel uncomfortable, nor do they necessarily want to change anyone’s mind. Instead, Shalibi said he and his fellow SJP members hope to be acknowledged and accepted as students whose opinions and feelings are legitimate.

“We don’t want to respond to our feeling that one side of this dialogue has been shut down by shutting down the other side,” Soloway said. “… To those students who aren’t really willing to engage, I would ask them to question that and question why they feel it’s necessary to negate our point of view and to silence us … I think the only way that any of can even anticipate making meaningful change or taking anything meaningful out of this is if we have these kind of conversations that are obviously difficult and emotional, but that doesn’t mean that they need to be impossible.”

As SJP members work toward carving out a space for diverse viewpoints to engage about the Israel-Palestine conflict, they continue to lean on one another, other campus organizations that have offered them support, and friends and classmates who have encouraged them along the way.

“… There have been a lot of Zionist students who are friends of ours and who we know well that have supported our movement just because they agree that we should have a space on this campus,” Shalabi said. “And I think even that is such a big thing and something that didn’t exist before.”

SJP, along with SAPHE and FIT, will be hosting Palestine Week this week to discuss and celebrate Palestine and bring awareness to issues related to Palestine. As part of the weeklong event, the club is hosting Palestinian sexual violence prevention advocate and artist Yasmeen Mjalli, as well as local organizers from New Orleans Palestinian solidarity committee.

Disclaimer: Ella Helmuth previously served as a board member for The Hullabaloo.