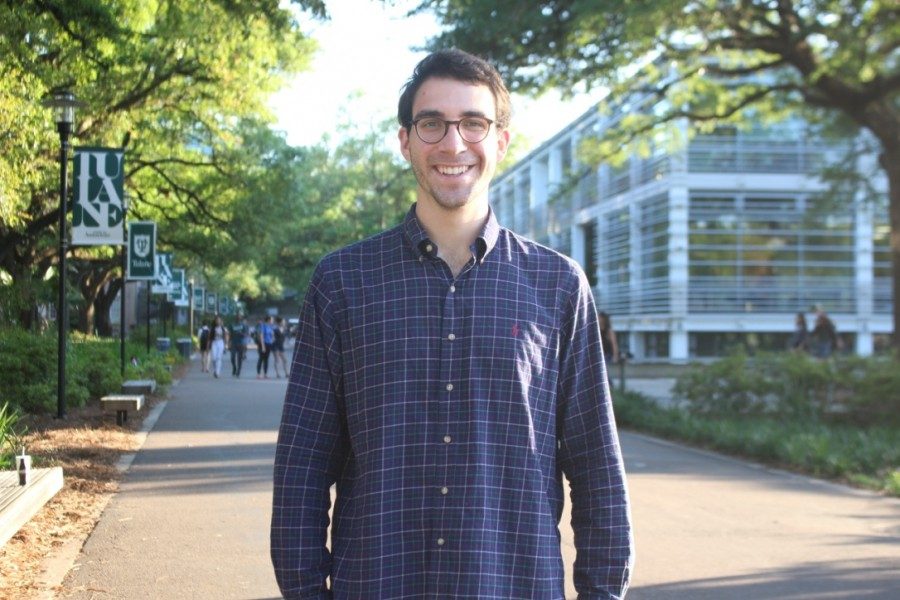 USG Vice President for Student Life-elect Joseph Sotile starts planning initiatives such as hammocks in the quad and printers in every dorm.

Sophomore Joseph Sotile, a political science and international relations major, was recently elected Undergraduate Student Government vice president for student life for the 2018-19 year. The Hullabaloo spoke to Sotile about his goals, initiatives and challenges for the upcoming year.

Why did you decide to run for the Vice President for Student Life?

I was a director last year. I got involved with USG right when I got to campus, and from my position there I had a really great time and was able to make a lot of good change through my committee, but I felt like I could do more and I didn’t want to be limited by just safety initiatives. I also saw that the VPSL had very good potential but especially after it was vacated, it wasn’t able to grow. I thought I could bring structure to it and new ideas to the position to really help and revolutionize what has been done with it.

What prior experience do you have?

Like I said I was the director last year, I am currently the director of student safety for Tulane USG, and at my first school, Georgia Tech, I was in charge of community relations in their student government. It was a similar committee structure like we have here, so I had those two committee experiences when I ran for the position.

What are your goals for next year?

I have a couple initiatives, specific goals, as well as some internal goals and some external goals. Starting with the initiatives, my biggest fun one is I want to get hammocks on Newcomb Quad. I have already started with this initiative and have talked with administration. They want to see a little more before it gets going. I want to try to get printers in every dorm on Tulane’s campus and I also want to extend the library hours. Those are just three pretty general, big, lofty goals that I have for specific initiatives.

Internally, I want to add a Director of Community Relations, like I was at Georgia Tech. This would really be to help facilitate a relationship between the students of Tulane and the city of New Orleans. I see this through different programs: like in Atlanta, we did Night at the Fox. That took students in buses to a traveling Broadway musical for $20, which is crazy cheap. In New Orleans, it would be the Saenger Theater. We would bus students there, watch the show and bus back. It is just a fun event to get some culture.

Also, maybe doing things at Audubon, either the zoo or the aquarium just to get people to do things in New Orleans at a discounted rate that they wouldn’t do originally. That would all be the Director of Community Relations. Externally, I want to make USG’s initiatives based off of what the students actually want because a lot of times we will have projects that go through and people will be like “this will help so many students, so many people are asking for this,” but no one is really asking for it. One of my goals on my committee is to have venues set up like “Complain for a Cookie,” a suggestion box on the website and in person. All these ways for people to even just complain about something about Tulane. From there, USG forms initiatives and resolves those issues through our committee.

How do you plan to improve USG?

Through those initiatives and USG specifically, everyone says this, but it needs to be a more representative body. It needs to be held accountable by the students and by The Hullabaloo. It doesn’t always do the best job. Another reason why I ran for the job is because I see the potential in it, and I see the change that it can make.

Especially through sitting on my committee, I sit with eight different Tulane administrators like adults, employed by the university who are more than willing to go out of their way to spend their department’s money on doing projects that I think would be beneficial. I think that that is very indicative of the greater Tulane community and I do not think we take advantage of that enough. So, making it accountable to the student body is something that I want to do.

What do you think your greatest challenge in office will be?

What I told you isn’t everything that I have either. I have a lot of ideas and I want to get them all done. So, maybe doing too much without focusing on a couple key things that I would be able to accomplish. But, I don’t think that will hinder me.

Anything else you would like the student body to know about?

I just want the student body to know that USG is supposed to be a resource and if they have any problems with any institutional or any creative ideas that they want to see implemented, to please either come to me. I will have office hours next year as well as all of [USG Executive Board]. Our emails will be publicized. Just stop in, ask us a question and tell us your suggestion. We want to hear all of your voices and we just want to represent you all.