Tank and the Bangas, Big Freedia to bring New Orleans sound to Tipitina’s 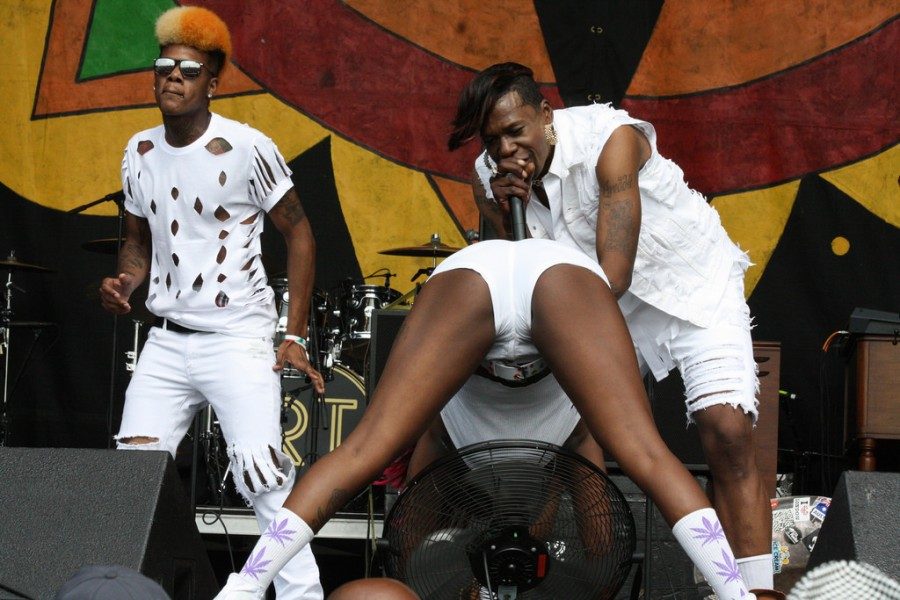 This Friday, April 27, local New Orleans band Tank and the Bangas will take on Tipitina’s Uptown with Big Freedia.

Tank and the Bangas formed in 2011 after meeting at an open mic night called Liberation Lounge at BlackStar Books and Caffe. The group’s New Orleans roots are present in its music style, which combines funk, soul and R&B with subtle hints of jazz.

Part of the group’s unique sound stems from lead singer Tarriona “Tank” Ball. Originally a slam poet, Ball’s evocative verses are present in songs like “Rollercoasters” and “Boxes and Squares.” She blends her poetry seamlessly with her powerful voice, resulting in a combination that has listeners eager for more.

Other members include Joshua Johnson on drums and as musical director, Norman Spence on bass and synth keys, Jonathan Johnson on bass, Merell Burkett on keyboard, Joe Johnson on keyboard, Anjelika “Jelly” Joseph and Kayla Buggage on background vocals, Albert Allenback on alto saxophone and flute and Etienne Stoufflet on tenor saxophone.

The wide variety of instruments and talents allows for songs to take on a mix of vastly different moods and tempos. Some songs, like “Oh Heart,” are sweet love ballads featuring light instrumentals, while others like “Nile, Den and Latah” feature banging drums, saxophone and forceful backing vocals.

Big Freedia, known her work in helping popularize New Orleans bounce music as well as her feature on Beyonce’s “Formation,” will also be present at Tipitina’s. For a taste of Big Freedia’s style, check out “Booty-Whop,” a fast-paced dance song.

The timing of the concert is apt considering Tank and the Bangas recently released a new single called “Smoke.Netflix.Chill” on April 20. The song is a mellow jam which, as the title implies, focuses on smoking, watching Netflix and chilling.

To hear the new single for yourself and get one last taste of New Orleans music before finals season starts, be sure to check out Tank and the Bangas and Big Freedia at Tipitina’s this Friday at 9 p.m.