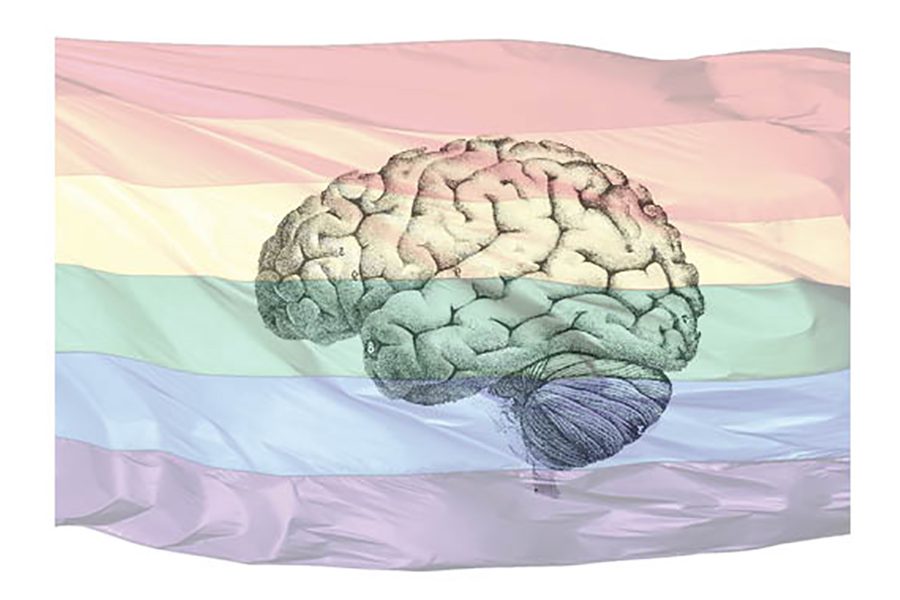 “It’s heartbreaking,”  History Professor Randy Sparks said. “As a gay person, it hits home for me. To imagine that this is the sort of thing being done to people like me not very long ago – it’s just tragic.”

Heath founded Tulane’s Department of Psychiatry and Neurology in 1949 and chaired the department until 1980. Most known for his work in treating schizophrenia, Heath commonly used electrical brain stimulation for this disease and others. Through his use of Deep Brain Stimulation (DBS) on schizophrenic patients, Heath observed the stimulation in the “septal area” of the brain that links to feelings of pleasure.

This discovery became the springboard for one of Heath’s most controversial experiments on an anonymous man codenamed as B-19. Completed at Tulane in 1972, Heath exposed B-19, a 24 year old man, to DBS in an effort to “cure” his homosexuality, which at the time was classified as a “sexual deviation” in the American Psychiatric Association’s second edition of its Diagnostic and Statistical Manual (DSM). Before 1968, the DSM-I classified “homosexuality” as a “sociopathic personality disturbance.”

While the circumstances around B-19’s introduction to Heath and consent to treatment are disputed, Heath cited the patient as experiencing other psychological problems, like “depressive reaction,” “personality disorder with homosexual behavior and drug experimentation,” and “temporal lobe dysfunction.” In his abstract for the experiment, Heath writes that B-19 was “undergoing treatment for severe mental illness.”

The treatment escalated after the patient showed heterosexual tendencies, and researchers hired a 21-year-old female sex worker. After septal stimulation, the two engaged in intercourse as Heath and other Tulane researchers monitored his brain activity. In the 11 months after this experimental procedure, B-19 engaged in both homosexual and heterosexual activities.

Years later, Jim Meadows, social worker and executive director of New Orleans Advocates for GLBT Elders, was exposed to Heath’s work and began to look into his work, along with Sparks and Thomas Adams, a former Tulane professor and Academic Director of the United States Studies Center of the University of Sydney. The three attempted to access Heath’s records, which were sealed up in Heath’s office.

One of Meadow’s main concerns about the history of this conversion therapist is his continued legacy at Tulane Medical School. Established in 1984, the Robert Heath Society was named for Heath’s role in founding the Department of Psychiatry and Neurology. The Association meets about two times per year, donates funds for education, and sends out a newsletter every six months.

Out of concern for the continued recognition of his work through the alumni association, Meadows reached out to the Society.

“I talked about why I was upset. I was basically asking ‘why are you still naming yourself after this,'” Meadows said.

Based off of donations to the school, Tulane has also honored Heath through endowed funds. Created in 1985, the Robert G. Heath, MD Chair in Psychiatry and Neurology “maintains support of the Chair.” Another fund, established in 1993, the Robert G. Heath Lectureship Fund, supports visiting professors and lecturers in the School of Medicine’s Department of Psychiatry and Neurology.

Looking to the future

The conversation around Heath’s work has allowed for those in the community to revisit his legacy and challenge those who were complicit in this history.

Despite this history, Tulane School of Medicine has worked to create a different environment for LGBTQ+ patients.

“We agree with the American Medical Association, the American College of Physicians and other leading medical organizations that oppose the use of LGBTQ conversion therapy,” Dean of the School of Medicine, Dr. Lee Hamm said. “Tulane School of Medicine strives to offer an open and affirming learning, research and work environment, void of homophobia, heterosexism, transphobia, sexism and other forms of gender- and sex-based bias and discrimination.”

While these treatments are no longer condoned by Tulane and may seem deep in the past, gay conversion therapy is still prevalent to this day. 41 states, with 70 percent of the United States’ LGBTQ+ population, have yet to create any laws banning conversion therapy, including Louisiana and every other Southern state.

“There are kids right now going through milder versions of [conversion therapy which] are going to kill them,” Meadows said. “We don’t know who they are, where they are or how to reach them. We don’t even know that their story will ever be told.