Men’s Tennis back in full swing in Alabama season opener 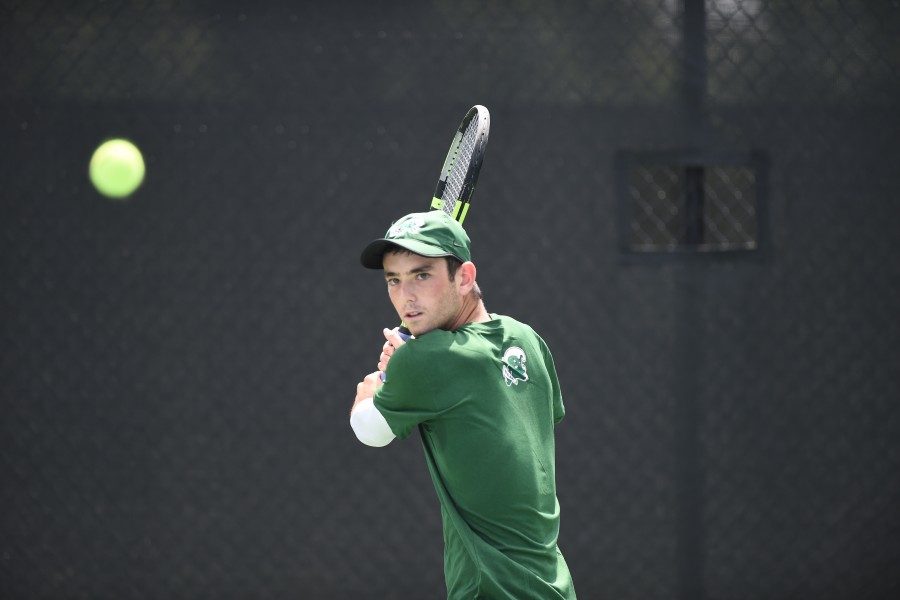 Eric Wagner focuses on his serve in preparation for the upcoming season. (Parker Walters)

Not even a tropical storm can quell the power behind Tulane Athletics as men’s tennis completes its final practices before opening its season next weekend.

The tennis team closed out its last spring season in a promising fashion: the team had not gained a victory at the American Athletic Conference Championship since Hurricane Katrina. This streak, however, came to an abrupt end last season as Tulane brought home the title from this championship, along with its third straight trip to the NCAA Tournament. This season, the team, along with Mark Booras, director of tennis and head coach is looking to recreate this showing and progress even further in the tournament.

Following the graduation of two-time All-American and team captain Constantin Schmitz, the tennis team looks to rising senior Tyler Schick as a replacement. Finishing his season as the 28th-highest ranked player in the nation, Schick seems prepared to fulfill the role of team captain this season. He took the next step in traveling to Germany to visit his teammate Luis Erlenbusch and boost a sense of camaraderie moving into his final season.

After returning home, Schick spent the remainder of the summer preparing for the upcoming season. The senior had the unique opportunity to train with professional player Noah Rubin, who is currently ranked No. 139 in the world. The former Wake Forest player shared many tips with Schick in preparation for his post-college tournaments. Coming into his final season with Tulane, Schick is ready for Tulane to supersede their previous seasons and even break into the top 10 of the NCAA Tournament.

In addition to a strong senior captain, Head Coach and Director of Tennis Mark Booras recruited sophomore transfer Akos Kotorman to the roster for the 2018-19 season. Booras, who is entering into his 10th season of coaching, knows that Kotorman will be an asset to the team due to his prior knowledge of the collegiate experience. The Baylor University transfer completed his freshman year with a 7-9 singles record, along with aiding the team in reaching the second round of the NCAA Tournament. Prior to his American career, the Budapest native won the Hungarian Junior National Championship and reached the final round of the U18 European Team Championship. In addition to Kotorman, Tulane welcomes two other transfer players this season: graduate Felix Ewers and junior Dane Esses.

This season, the Green Wave will face off against at least nine other teams who participated in the NCAA Tournament last season. This presents a challenge to the team, but it is one that they will welcome wholeheartedly. Booras feels that this rigorous schedule will not only give the players many chances to showcase their skills, but it will also be a learning opportunity in preparation for the spring season.

The team as a whole is ready for revenge in its season opener against the University of Alabama, who ousted the Green Wave from the first round of the NCAA Tournament in May 2018. The “Four in the Fall” tournament will begin on Sept. 14 in  Tuscaloosa, Alabama. 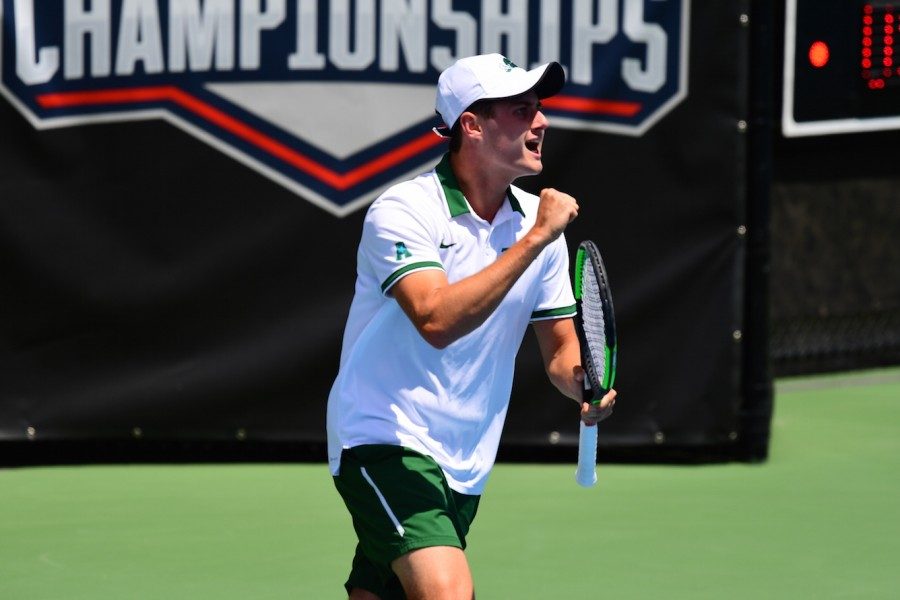