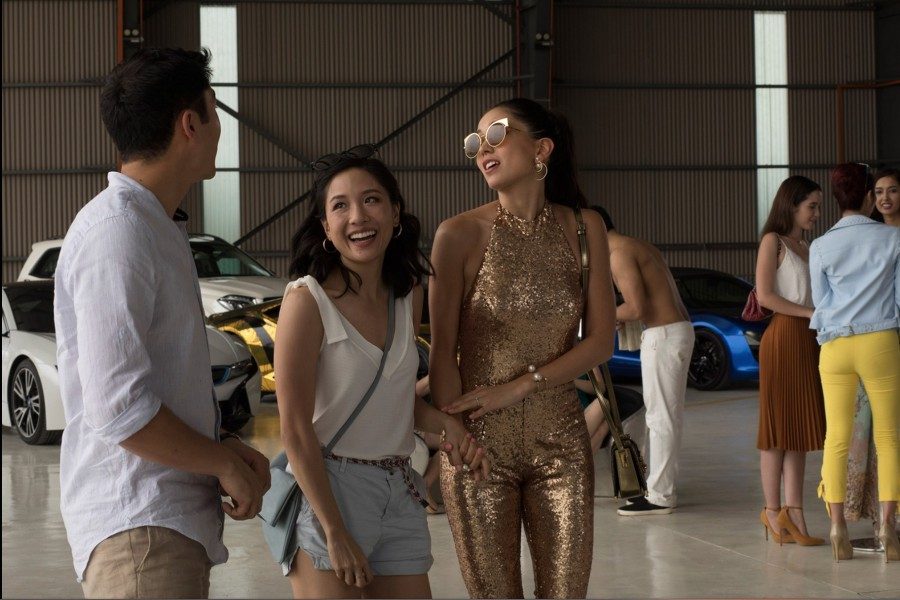 A still from the film featuring Constance Wu (left) and Sonoya Mizuno (right).

Based on recent trends and tastes, there seems to be a rising representation of marginalized identities in the American film industry. Marvel’s “Black Panther,” along with its predominantly black cast, became the highest-grossing superhero film of all time in the United States. Pixar’s “Coco,” with its Mexican-influenced story, earned Best Animated Feature at the 90th Academy Awards.

Warner Bros. Pictures contributed to this trend with its release of “Crazy Rich Asians” in August 2018. The film is directed by Jon Chu, a Chinese-American, and showcases a predominantly Asian cast for the first time since 1993. “Crazy Rich Asians” follows the story of couple Rachel and Nick as they travel to the city-state of Singapore for a friend’s wedding.

Conflict arises when Rachel meets Nick’s mother Eleanor Young, head of one of the wealthiest and most famous families in all of Asia. Eleanor constantly shames Rachel for dating Nick, as she believes that Rachel is not “fit” to become a part of the family. This results in Rachel’s constant attempts to please Eleanor and prove that what really matters is Nick’s happiness, not prestige.

The film does not hesitate to explore themes that can be found in Asian-American culture, including family relations and the extent to which family should take precedence over other things. This can be seen with Nick’s internal conflict of whether to please his mother or his girlfriend, both being figures he loves and cares about.

“Crazy Rich Asians” also illuminates the cultural distinction between being Asian and being Asian-American. Although Rachel’s family is of Chinese heritage like Nicks’s, Rachel finds it challenging to assimilate into their culture. In addition, Nick’s family refutes Rachel’s authenticity as a Chinese woman because she comes from a middle-class ABC (American-born Chinese) family.

The film is considered to be an accurate and authentic portrayal of many Asian-American perspectives and struggles. It is important to note, however, that it does not represent all stories of the Asian-American community.

All the main characters of the film are stated to be of Chinese heritage. People of Chinese heritage are the largest Asian ethnic group in the United States, totaling at about 5 million (or 24 percent of the Asian population). “Crazy Rich Asians” attempts to reflect the experience of this large group, but there are about 15 million other Asian-Americans that do not fall into the category. 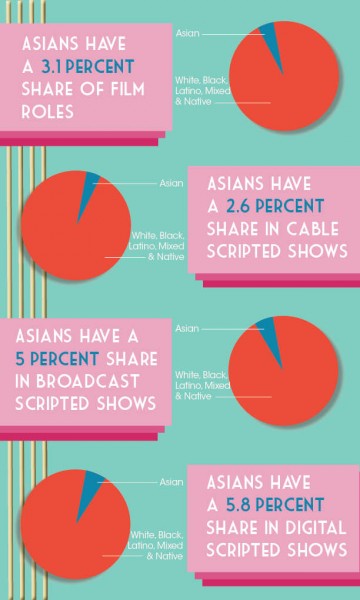 While other East Asian groups, such as Japanese and Koreans, may find similarities with the film’s main portrayal of Chinese culture, they are still not fully included. There is even more ambiguity towards where South Asians (Indians, Bengalis, etc.) and Southeast Asians (Thai, Vietnamese, etc.) fall on this plane of relativity.

Singapore itself is much more diverse than the film makes it out to be. The country does indeed have a Chinese ethnic majority, at about 76 percent of the total population. People of Malay heritage, however, make up 15 percent, while people of Indian heritage make up about seven percent.

Despite these concerns regarding representation, “Crazy Rich Asians” manages to accomplish many feats. In addition to being an amazing romantic comedy, the film also symbolizes a huge victory for the representation of Asian-Americans in entertainment. One thing is for sure: there is now even more hope and confidence that the voices of marginalized groups will be taken into account in the development of stories for films and television.

just saw Crazy Rich Asians . I laughed, I cried, and just was so happy to see people who look like me on the big screen. It was so good! #unc_cra