Online dating while black: How racial discrimination affects which way we swipe 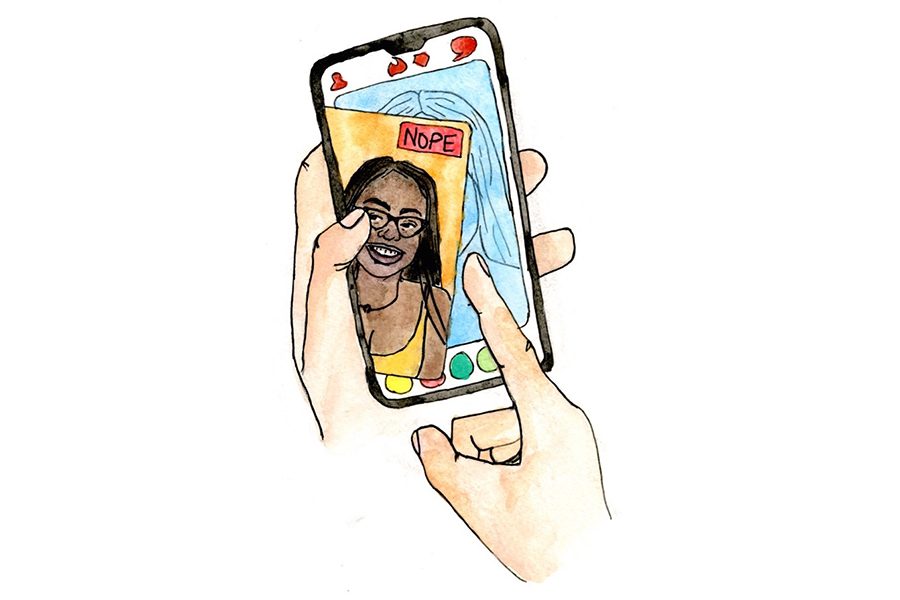 The age of the internet has revolutionized many aspects of our lives, including the way we date. Unfortunately, the racial discrimination that one might experience in real life does occur online as well.

Black people, and black women in particular, have a harder time finding their matches online.

In an OkCupid survey, numbers showed that black women received lower ratings than women of any other race, even when rated by black men. The survey also found that black women are the demographic of users replied to least.

Black men have similar experiences. A survey of over 2.4 million heterosexual couples by FirstMet.com found that “Caucasian women are twice as likely to respond to Caucasian men than to black men.”

Perhaps an equally burdensome problem arises from the overt fetishization of black people through the messaging feature on dating sites. As Kevin Patterson of Poly Role Models said, “racial fetishization is ‘othering’ with a sexual flavor.”

“I think black women are overly sexualized,” senior Tayla Moore said. “They’re hypersexualized whether they want to be or not. So literally everytime I swipe with someone [on Tinder], it doesn’t matter how good the conversation is or how long we talk, it’s either super overt and it’s the first message they send, and they’re like ‘Hey so I’ve never been with a black girl. Do you wanna change that?’”

These online dating problems can be especially burdensome for black students at a predominantly white institution like Tulane, where almost four in five students are white.

“If you go to a place like Howard or North Carolina A&T … you’re not thinking ‘oh, race is the underlying tonal thing of this conversation,’” Moore said. “Versus when you’re at a private white institution, it’s hard not to think like that.”

In a world where credited professionals like evolutionary psychologist Satoshi Kanazawa can use “science” to publically call black women less attractive than white women, black people are still waiting for the day they can fully let their guard down while on the dating market.

“You get desensitized to it, which is not a good thing,” Moore said. “But at the same time I already know when I go on Tinder, I go on Tinder with the expectation that someone is eventually going to say some wild ass shit to me.”