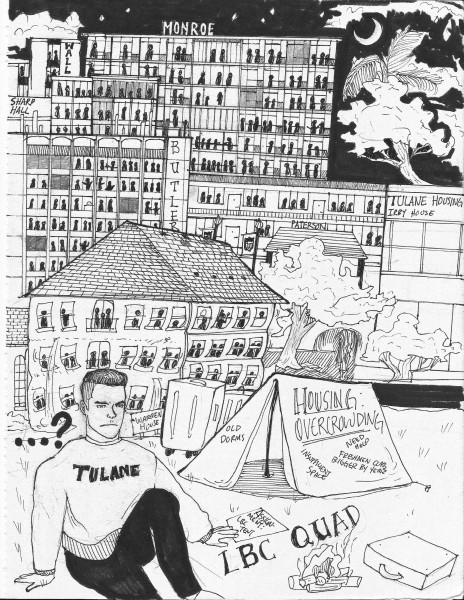 Tulane University has created a pressure-filled housing problem that has been ignored for too long. Until some serious changes are made, students will continue to be impacted by the university’s negligence on student housing.

From building construction to “audacious” fundraising projects, Tulane grew too confident after its last housing project in 2014. It seems Tulane felt there were no more housing problems after the construction of Greenbaum Residence Hall. 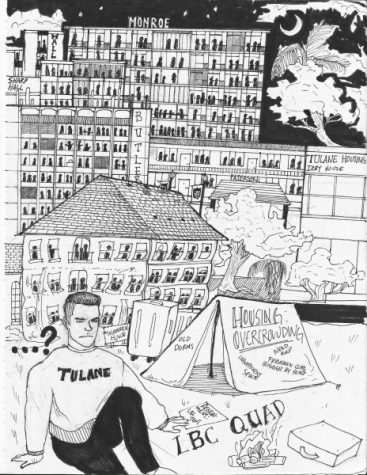 Yet, for many Tulane students, housing problems are a fact of life; these issues are running jokes that have gotten very old.

Take it from the doe-eyed freshmen, who, for the first time in their lives, are left to their own devices. As stressful as being introduced to adult life already is, Tulane has turned two-person dorm rooms into triple-occupancy.

This was treated as a solution to the problem. But, in the two years since the original spotlight was placed on triple-occupancy housing, the “temporary solution” has proven its longevity and it has not resulted in any better circumstances.

Take it from the transfer or international student who has traveled to a new university, a new city or even to a new country. Tulane will accept you, you will be shown around the campus and its dorms, but you will not be guaranteed housing, whether it be on or off campus.

The university will give you a “guide” to finding housing, but, when no realtors will message you back and you become dependent on Craigslist, you are not in good hands.

New Orleans is a city were one can go from seeing mansions to projects in the matter of a few hundred feet. Tulane allows transfers and international students to run blind through New Orleans. Whether or not students find lodging is of the least importance to the university.

For a moment, let us look past the emotion of the problem. Allow the numbers to illustrate the housing crisis at its core.

Now, if we consider the stated student capacity of Greenbaum, the only housing construction built between 2013 and present day, which is 256, we can see 444 students, who were slated to live on campus, were left up in the air. The numbers jump alarmingly when we see the amount of students who were slated to live off campus, which was 617. These are admitted students who were left to find housing elsewhere.

From any lens or perspective, the housing problem has affected students from every walk of life. It is time for the university to address this issue head on or, at the very least, to acknowledge its existence.

Tulane University set a kettle on the stove and sparked a fire. But, they never tended to the fire and ignored the whimpers from the pot. The tea boils over now, steam turns to smoke, the kettle screams like a train, and the kitchen is in flames.