Intersectional Confessionals: Being Latinx at Tulane 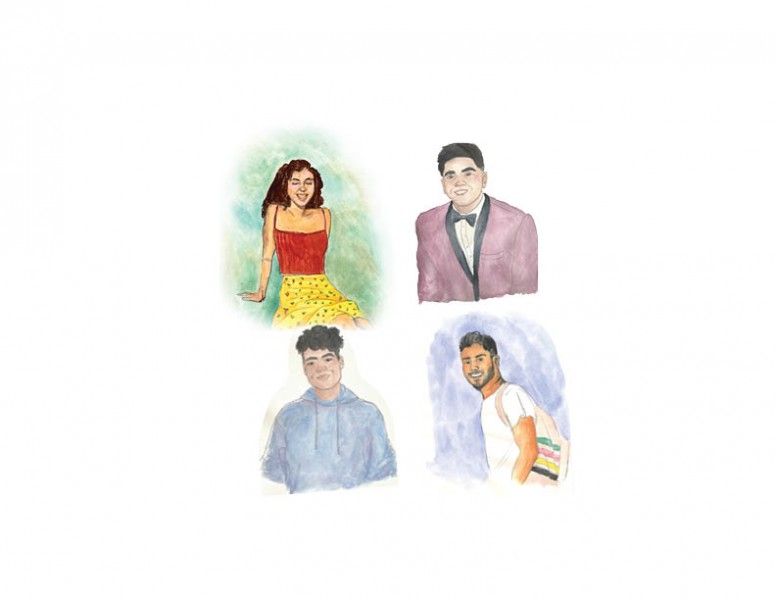 One great thing about the term “Latinx” is that it can encompass so many cultures brought into the United States. There are 20* Latin American countries, each with their own story to tell. Their own people to talk about. Their own cultures to share.

Being aware of the variety of identities, ethnicities and cultures is crucial when thinking of  someone who is Latinx. Yes, this is an efficient term to group together peoples of similar backgrounds. But should anybody falsely homogenize and generalize Latinx people based on their preconceived notions? Absolutely not. Doing so is a microaggression and something that absolutely annoys me.

Having grown up in Los Angeles, I was surrounded by Latinx cultures all around me. Though I identify as a Latino, when it comes to the root of it all, I am also Salvadoran-American. L.A. is home to the highest concentration of Salvadorans and Salvadoran-Americans in the country. In fact, people of Salvadoran heritage have surpassed Dominicans to become the fourth-largest Latinx group in the U.S. Our prevalence, however, is often overlooked by our white-dominated society.

The largest Latinx group in L.A. and the rest of the country, without competition, is people of Mexican heritage (Mexicans, Mexican-Americans, Chicanx, etc.). Though I have always been a pupusa-eating Salvi, I was never afraid to adapt to the surrounding Mexican culture I had been exposed to everyday. I grew to not only love Mexican culture but also understand it. But that still doesn’t define my identity.

Ever since I was one of the few brown kids in my elementary school classes, I had to deal with the same question and assumption. Every time someone noted my brownness, I always heard, “You’re Mexican right?”

This mexicocentrism, a product of ignorance and false homogenization established by white society, is something I deal with to this day. Mexican culture is beautiful, but it’s not the only Latinx culture in our mosaic of a nation. And apparently, that’s too hard for many people to understand.

No, my brown skin and fluency in Spanish doesn’t make me Mexican, Hailey. And no, not all Latinxs have brown skin. We can be white, black, brown and everything in between. No, we don’t all speak Spanish. We can speak English, Spanish, Portuguese, Nahuatl, Quechua and more. We’re not all bilingual to begin with. But most importantly, we are not all Mexican. Think before the next time you ask me, “Are you Mexican?”

I’m proud to be Afro-Latinx.

But I went 17 years without feeling that way. Truthfully, I didn’t know I was Afro-Latinx until my mother gave me a DNA test for my 17th birthday. Up until then, I’d gone my whole life being told I was black, white and Native American. As a mixed-race person, these identities were very important to me. I’d gone my whole life listing them daily to answer everyone that asked me, “What are you?”

The results of the DNA test told me there was no Native ancestry. In its place, I was almost as Afro-Latinx as I was African American. And just like that, I had millions of questions with no answers.

Looking at the very few family photographs I own, it’s not difficult to believe I have Hispanic heritage. On my paternal side, I am at least a fifth generation product of miscegenation, an illegal act until less than 50 years ago. My ancestors’ faces hold the confluence of many different homelands. But where the Afro-Latinx ancestry comes from is a mystery. To this day, I have been unable to find a trail of their existence in anything more than census form. I am completely unfamiliar with my heritage in any other way — they left no family heirlooms, no languages native to the places the once called home, not even anything as simple as a recipe passed over generations of kitchen tables. There is nothing more than a sparse official record of my ancestors — not the cultures that made them who they were. All I have is ancient photographs of racially ambiguous ancestors, existing in a constant, tortured state of illegality and their features that grace my face today. Their African and indigenous and Latinx heritage were permanently wiped away by America’s hatred of “otherness” in one swipe.

Until I can afford to hire a genealogist to dig up my family history, I may never know where I come from. My grandmother, and her parents, and their parents and everyone that came before them, concealed everything that made them stand out. I wish I had answers for the people who ask me what I am, just as much as I wish I did for myself. It is strange to know that my ancestors’ choice to conceal their races erased my identity, while simultaneously understanding I might not be here without sacrifices they made to protect themselves.

Though it’s not the typical narrative, I’m proud of my heritage, so I’m proud to be Afro-Latinx.

My music taste is pretty stagnant — I tend to stick to a block of 2008-14 pop classics (Katy Perry, Ke$ha, Lady Gaga, etc.), but one Spotify playlist that gets me in my grind is my “XV” playlist. Named “Fifteen” after the famous tradition of many Hispanic families, it features 35 of the best cumbias ever known, curated by a mom spending a Saturday morning cleaning her home as she would wake her kids with the tunes blaring. I valued the music then, and maybe it’s the distance, but I value the music now even more. It feels like a connection to the family deep in South Texas.

It’s my vibe when I’m studying, and when you have two majors and two minors, you’re studying a lot. My go-to study spot is the Marshall Commons in the new business school. The waxy floors, tables in their odd positioning and the flow of people who don’t look like me are staples, but my music is more dependable than rain on a seemingly sunny day in New Orleans. I am protected by my music. I feel my hands ferociously scrubbing away the menudo stains from our wooden dinner table with my dad. I am dancing with my mom, my toes on hers, as Selena rocks her hips and my world. I feel the lace on my arm and dress by my feet as I whisk my sister around the dance floor on the day of her 15th birthday. I feel home.

As I work through yet another chapter for Legal Studies, I jam to La Sonora Dinamita. I sway my hips, thump my pencil and feel my culture in my veins. It’s a passing period, the sounds of coffee slurps, or sound of shoe on floor, but I look to the distraction, unplug and, in that moment, realize that my music, my family and my culture are confined to my headphones because these sounds would never play in the Marshall Commons, or in the business school in general.

The Ivy League of the South

I never used to stick out. I am the run-of-the-mill Miami story. A child of immigrants (a Cuban mother and a Venezuelan father), lower-middle class family, and I used to be a baseball player to boot.

When I first made the decision to transfer from Miami Dade College (the place where Miami kids go when they can’t afford to go elsewhere) to Tulane, I assumed that it wouldn’t be so different.

I knew about New Orleans. I loved the culture here. Both Miami and New Orleans are cities of cultural uniqueness and diverse backgrounds that separate themselves from the rest of the country. I figured that, if I stocked up on Café Bustelo y la Baida, I would find myself becoming a part of this city. I know now that the café was the least of my worries (shocking).

I miscalculated. I had made the assumption that Tulane would reflect New Orleans in its culture and diversity. Now, math and I are not on good turns to begin with, but the city and the university could not be any more different.

The rest of the country *cough* the Northeast *cough* invaded the university. If you blind-folded anyone unfamiliar with Tulane’s location and dropped them on campus, they would take ten steps, look around and say they were in Massachusetts. I think Tulane took the “Harvard of the South” status too literally.

The university has its own energy and culture, but it’s very different from the rest of the city. Tulane, to put it nicely, is the marshmallow in the rocky road ice cream that is New Orleans — a part, but very clearly separated. It is all very new to me, being the outsider. Not to say I haven’t traveled outside South Florida, but it’s one thing to visit and another to live in it — to be the “other.”

I love everything that I have come to know and experience in this city, but this university has been an isolating experience so far. Sometimes, I try to blend in as best as I can, but that “different” thing always shows up, that cryptic but ever-present “different.”