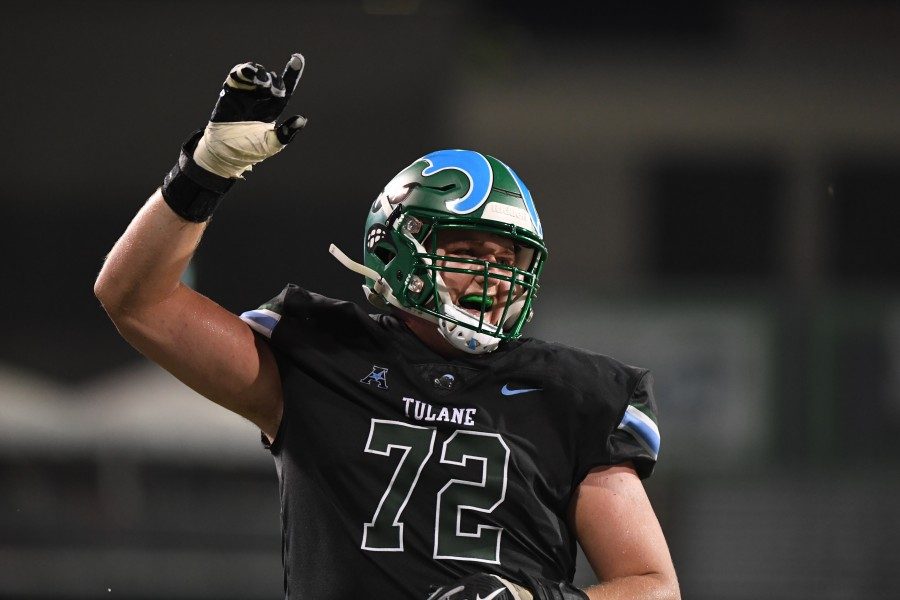 With last week’s devastating loss to Southern Methodist University, the reigning controversy in Tulane football, #BanksWasIn, evaded resolution once again. Regardless, the Green Wave is preparing to regroup and make a comeback next Saturday, when it faces the University of Tulsa Golden Hurricanes.

Tulane held the lead for most of its matchup with SMU, showing its rushing prowess once again. Sophomore Stephon Hunderson had a career-long 30-yard run in the second half, while junior Darius Bradwell continues to be one of the team’s most effective players, rushing 72 yards on 13 carries and scoring one of the Green Wave’s three touchdowns.

SMU’s winning touchdown with 1:15 left in the game, however, left Green Wave football with no time to recuperate and even the score. The team’s loss of momentum is certainly an issue, but redshirt senior John Legue thinks the Green Wave will continue to improve.

“We’ve had many opportunities and we’re right at that point,” Legue said. “This week in practice, we’re gonna have to emphasize finishing. Part of the way [head coach Willie] Fritz teaches everything is finishing in the fourth quarter, so we’re gonna do that next week.”

The team’s fourth quarter losses have certainly been frustrating for Tulane football fans. But there are three conference games left, giving the Green Wave ample time to make a comeback and improve its 1-2 conference record.

Tulsa could be an easier opponent, as the Golden Hurricanes are currently ranked last in the AAC west, with a conference record of 0-3. Of the last 13 games between Tulsa and Tulane, however, the Green Wave has only managed to win one.

At his weekly press conference, Fritz implied that the team still has a few tricks up its sleeve.

“Justin McMillan’s going to start for us this week,” Fritz said. “Jonathan [Banks] just, like everyone, he did some really good things, as I’ve said many times before, quarterback gets too much blame and too much credit when things go well.”

In another break from tradition, the team is planning on conducting a Friday practice once it arrives in Tulsa. Hopefully, this will be the push that the Green Wave needs to bring a win home.