The home stretch: the Hullabaloo makes its predictions for the upcoming NFL playoffs 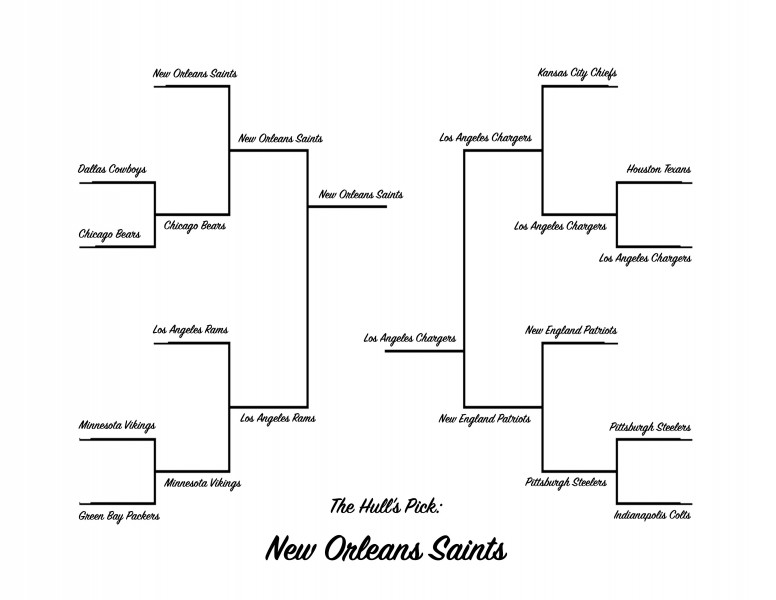 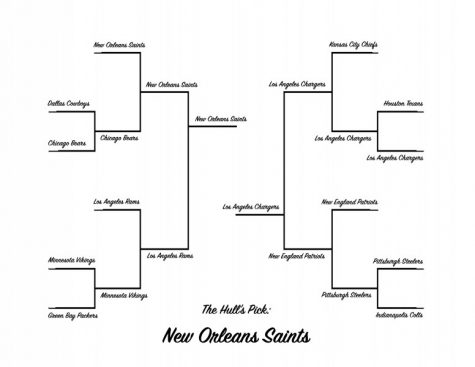 Who sneaks in to the NFC?

–      The Chicago Bears currently have the lead over the Minnesota Vikings in the NFC North, but Chicago will take on the Rams in week 14 before traveling to Minnesota in week 17 for what may be the NFC North championship game. The Vikings will take the division and the No. 3 seed in the NFC, though I expect both to reach the postseason.

–      The Seattle Seahawks and Carolina Panthers must both overcome brutal late-season schedules to make the postseason. Capturing a win against Minnesota or the Kansas City Chiefs will be essential to Seattle’s playoff hopes, while Carolina will need to beat the New Orleans Saints at least once in the teams’ two upcoming matchups. Meanwhile, the Green Bay Packers stand out with a cakewalk end of season schedule. If Green Bay can defeat the Bears at Soldier Field in week 15, the team will likely grab the sixth seed in the NFC. Three, yes, three NFC North teams may in fact reach the postseason.

Who can actually win it all?

–      Unlike last season, which was filled with mediocre teams and no clear favorites, several elite teams standout above the rest. The NFC is effectively a two-team race: The Los Angeles Rams and Saints each obliterated the competition and are heavily favored to meet in the NFC Championship. The AFC is more complex, as at least four teams have a good shot to make the Super Bowl. Kansas City is currently the conference favorite with its likely capture of a first-round bye. Yet the Los Angeles Chargers, Pittsburgh Steelers and New England Patriots have quarterbacks with much more experience, and Kansas City lacks on defense. A wildcard L.A. team is the most complete in the AFC and can upset its way to the Super Bowl.

The Saints win it all

–      Even at the ripe age of 39, quarterback Drew Brees is at the top of his game and has never had more weapons in his arsenal (Alvin Kamara, Michael Thomas, Mark Ingram, etc.). Furthermore, the New Orleans defense is now consistently making explosive, game changing plays.

Super Bowl LIII will be held at Mercedes-Benz Stadium in Atlanta, which will serve as a pseudo home-field advantage for New Orleans given the team’s numerous appearances at the venue. New Orleans will have its way this postseason, and the Saints will take home the Lombardi Trophy for the first time since the 2009-10 season.