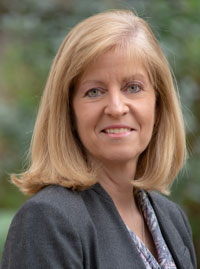 On Oct. 15, 2018, President Mike Fitts announced Elizabeth Brown’s appointment as Tulane’s chief of staff, effective Nov. 26. Brown previously served as vice dean for development and headed the Alumni Relations of University of Pennsylvania’s law school, where Fitts also worked, serving as dean for Penn Law for 14 years before beginning his presidency at Tulane in 2014.

“Over the course of the search process, it became clear that Beth, whom I have known for many years, was the perfect choice for this position,” Fitts said in a statement. “Those who interviewed her were impressed with her motivation, knowledge and commitment to higher education, in addition to her remarkable administrative skills.”

Brown will not only be serving as chief of staff, but also secretary of the corporation and vice president.

As for what these positions will entail, Brown states that she will be “working with the Tulane Board of Advisors, [executing] special projects for the President and managing the President’s Office team day to day.”

Brown says that she hopes to engage in this momentum and “help ensure that Tulane creates the most engaging and transformative student experience anywhere and expand its role as a national leader in research, scholarship and community service.”

She plans to utilize her role in the president’s cabinet as an instrument to push Tulane forward as a top institution.

“Our main strength is our incredible students, faculty and staff who are dedicated to finding solutions to local and global problems, to becoming the best versions of themselves and to working hard to push our institution forward,” Brown said. “That’s what I’ve learned having only been on the job for a few weeks. I can’t wait to see what the future will bring.”